Coal puts renewables in the shade 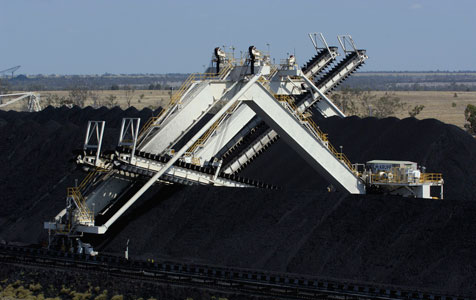 COST MATTER: Falling energy prices are triggering a shift back to the lowest cost source of bulk-load electricity – coal.

Coal shipments from the NSW port of Newcastle hit an all-time high in July, a fact that might not seem important in Western Australia, except for what it says about our LNG industry and the wider debate over climate change.

At a time when some people fret about the role of coal in adding carbon dioxide to the atmosphere and possibly playing a role in speeding up global warming, the record coal shipments might seem odd – but that’s because those same people have little grasp of business basics.

Coal is selling like hot cakes because it has become the favoured fuel of the world’s electricity utilities.

Surprising as it might seem, the profit margin on electricity generated by burning coal is far greater than the profit margin from burning gas or by using some of the fashionable renewables, such as wind and solar.

Why this is so will make for an excellent doctorate study but it is sufficient to lay most of the blame at the feet of government and its politically correct environmental friends for the way they have interfered in the market process.

By encouraging investment in high-cost renewables, and by paying fat government-funded subsidies that cannot be sustained (as the WA government has discovered with its solar panel feed-in tariffs), there has been a switch across the world by electricity utilities to the cheapest source of power – coal.

For WA, the coal boom is occurring at the same time as another boom – US shale gas – which has driven down the price of electricity in the US and is encouraging US coal miners and gas producers to chase export sales opportunities, including a big push into Asia.

What’s happening, and it is the real villain in the death of the James Price Point gas-processing centre favoured by the WA government, is that global energy prices are falling, not rising as was the popular opinion of a few years ago.

Premier Colin Barnett took some of the blame for the failure to convince Woodside Petroleum to land its gas at James Price Point with a frequently repeated admission of failure, but the he was being overly harsh on himself because his political objectives could not compete with the business case in favour of floating LNG vessels.

Woodside and its partners, including the world’s second biggest oil company, Royal Dutch Shell, have looked further into the future than Premier Barnett can and they see a world enjoying an energy surplus for decades.

Gone are the days of the peak oil scare, which was the chant of the environmental movement of 10 years ago.

Going is the claim that the days of coal are over. It is on the rise because the price of thermal (energy) coal has plunged from $US136 a tonne early last year to around $US76/t today.

The truth about global energy is that it is in transition from a time of high and rising prices, which made expensive renewables seem like a good idea, to a time of falling prices, which is already triggering a shift back to the lowest cost source of bulk-load electricity, coal, as shown in July’s record coal loadings at Newcastle.

Woodside and Shell are in no doubt about costs being the key to surviving and profiting in a low-priced energy world, and that’s why they dropped James Price Point in favour of floating LNG systems, which will produce less expensive LNG and have the flexibility to move from gasfield to gasfield.

For the environmental movement the challenge now will be to convince governments and households that it would be better for the planet to pay a high price for renewable energy rather than buy cheap power generated by burning coal and gas.

Worse still, the cost of coal and gas-fired power will continue to fall thanks to the glut of both commodities in world markets – caused in part by government encouragement of renewables.

It’s a tricky situation but it’s what happens when markets are disturbed by government interference.

As for peak oil, well that’s about as a valid a debating topic today as any other dead duck.

Potash, which was mentioned briefly in this column last week, is another example of government-backed market manipulation coming unstuck.

Not widely understood in Australia because so little is produced here, potash is a fertiliser used in some countries that have soils low in potassium, an essential ingredient for healthy plant growth.

Until recently, two government-backed potash cartels (monopolies) dictated the supply and price of potash, ensuring that it stayed high to benefit producers inside their borders.

BHP Billiton tried, and failed, to acquire a member of the Canpotex cartel two years ago after Canadian government intervention.

What the Canadian government sowed it will reap, because the Uralkali cartel has collapsed amid a flurry of price manipulation allegations that culminated last week with the arrest in Belarus of the Russian chief executive of Uralkali.

BHP Billiton’s plans will compound the potash crisis because it can be expected to have significant cost advantages over the cumbersome and high-cost potash cartels, which have grown fat and lazy under the umbrella of government protection.

Organisers of the annual Africa Down Under conference have plenty of reasons to be proud of last week’s event.

Firstly because it is remarkable that so many African delegations are attracted to Perth, a comment both on the business and social appeals of the city especially when compared with the dangerous streets in their home countries.

Secondly because the organisers have demonstrated how a private business can run rings around semi-official events or those organised by political lobby groups, such as the AMEC conference held in Perth this week.