ASX-listed gold developer, Classic Minerals has moved a step closer to full-scale gold production at its Kat Gap project near Southern Cross having turned the first sod in a trial mining operation. The company is targeting up to 1,000 ounces of gold initially from a bulk sample that will also provide important geological, engineering and metallurgical information prior to full-scale mining of its 93,000-ounce resource. 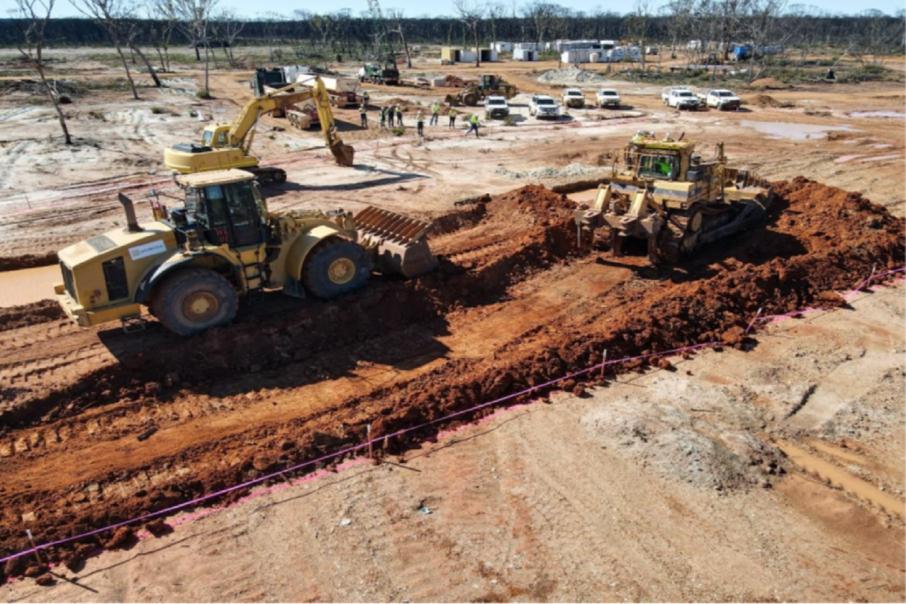 ASX-listed gold developer, Classic Minerals has moved a step closer to full-scale gold production at its Kat Gap project in Western Australia having turned the first soil in a trial mining operation. The company is targeting up to 1,000 ounces of gold from a bulk sample that will also provide important geological, engineering and metallurgical information prior to full-scale mining of the 93,000-ounce resource.

Management says the bulk sample mining area has been established and all earthmoving equipment is now on site.

The start of the trial mining marks a major milestone for the Perth-based company after only revealing a maiden resource for Kat Gap in April last year.

The trial bulk sample extraction will allow Classic to fine tune its Gekko processing plant over the coming months, placing the company in good stead to grab the bull by the horns when full-scale production commences.

Classic Chairman, John Lester said:“With earthmoving equipment recently mobilised the Classic Minerals team was delighted to have been on site to witness the first turning of soil which will serve to further de-risk the project and give the company and its investors increased confidence in executing the greater mining operation which is on track for commencement in the first quarter of 2022.”

The 100 per cent-owned Kat Gap lies about 170 kilometres south of Southern Cross and hosts a 975,000-tonne resource going nearly 3 grams per tonne gold.

Classic has been turning heads at the project where a recent infill drilling campaign intercepted significant zones of high-grade gold mineralisation.

A single shallow hole drilled for metallurgical purposes returned the highest ever recorded intercept at Kat Gap with a stunning 10 metre hit going 40.54 g/t gold from 26.5m, including 0.50m at a bonanza 592 g/t gold from 28.5m.

The company is showing no signs of pausing for breath having tabled more drilling to test for deeper extensions of the existing inferred resource. Between 10 and 15 holes for about 2,200m are on the cards now as Classic looks to tap into mineralisation at up to 200m depth.

The company’s trial mining campaign at Kat Gap has catapulted Classic into the ranks of Western Australia’s gold producers – even if it is only just for now.

Classic’s Gekko plant was extraordinarily well priced and if the company can get it to work well, it will have achieved something many others could not – gold production without giving away the farm.