Classic Minerals has hit paydirt at Kat Gap in Western Australia with infill and extensional drilling across its evolving resource area intersecting uber high-grade gold mineralisation. Results include the company’s best ever intercept of an impressive 10 metres at 40.54 grams per tonne gold. That drill hit featured an interval of 0.5m going at an astonishing 592 g/t from only 26.5m down-hole. 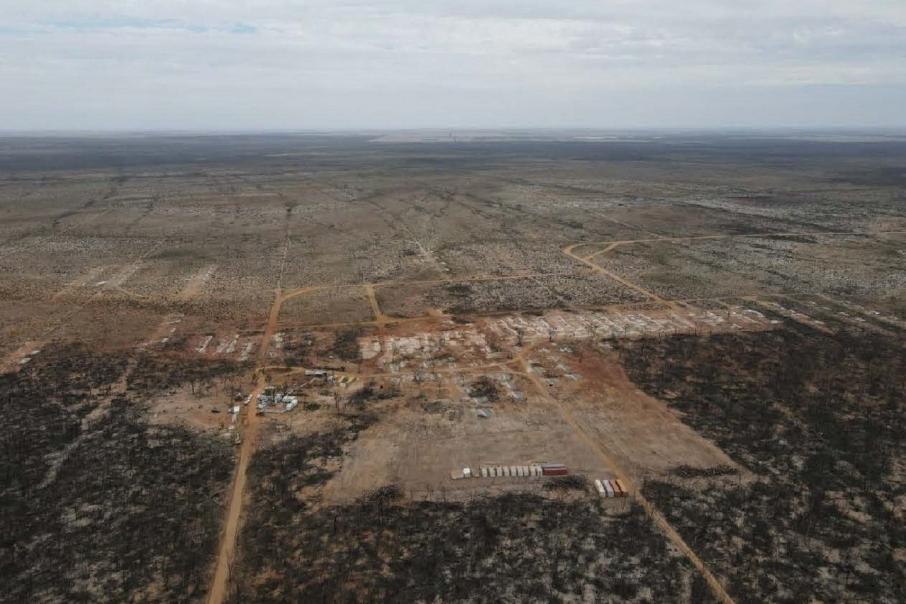 Classic Minerals has hit paydirt at Kat Gap in Western Australia with infill and extensional drilling across its evolving resource area intersecting uber high-grade gold mineralisation. Shallow drilling, designed to provide samples for metallurgical test work, has turned up the company’s highest-grade intercept to date, returning an impressive 10m at 40.54 grams per tonne gold including 0.5m at an astonishing 592 g/t or 19 ounces per tonne gold from only 26.5m down-hole.

Whilst the company’s shallow infill drilling program continues to return an abundance of free gold, its deeper extensional drilling isn’t looking too shabby either.

These impressive results come courtesy of Classic’s development program at Kat Gap, 170km south of Southern Cross, with the company recently completing 57 reverse circulation holes as part of its ongoing drilling campaign . The program commenced in April and was completed in May, with infill drilling closing the pattern to just 20m-by-10m across much of the resource and as close as 10m-by-10m in high-grade areas.

Classic says the infill drilling is assisting in modelling the grade across the deposit with deeper drilling testing the mineralised contact at more than 100m below surface. Analysis of this recent work indicates deeper high-grade portions of the deposit will likely drive an expansion of the proposed open pit, potentially resulting in the growth of the existing Kat Gap resource.

The current resource at Kat Gap is 975,722 tonnes grading at a very healthy 2.96 g/t gold. However, results of the recent campaign are now providing the fuel for a larger exploration program, with the drill rig scheduled to head back to site in the middle of next month as the company looks to continue building its resource inventory.

Classic is now planning a 10-15-hole program that will further test extensions of the Kat Gap system, with drilling designed to test the auriferous system at 150m-to-200m below surface as the company comes to grips with the deeper potential of its new discovery.

Interestingly, as Classic continues to plough drilling into Kat Gap it has in recent months also been taking significant strides toward a move into mining. Classic’s mining lease over the deposit was granted in April 2021, clearing the way for a move into near-term production.

Since that time, it has also lodged a raft of supporting applications which include final native clearances, vegetation clearing permits and its all-important mining proposal. Classic expects these permits to be given a green light in the third quarter of 2021.

However, in early June it received approval for the excavation of a bulk sample which will effectively kick off operations. The company is now able to excavate up to 49,000 tonnes of ore for testing and processing.

Aside from providing key geological and engineering data for Kat Gap, this first feed will likely be used to finalise commissioning of its 30 tonne per hour Gekko processing plant that was transported to site in late May.

The innovative Gekko plant represents a cost-effective entry to onsite processing at Kat Gap and is ideally suited to the free-milling ores found in the deposit. The company’s current unit also has the advantage of scalability and can be matched with Gekko’s Python process circuit to upgrade production throughput to more than 250 tonnes per hour - more than ample capacity to process the open pit and potential underground ores from the deposit.

Classic Minerals Chairman John Lester said:“The Gekko Plant has many features that make it amendable for the Kat Gap gold mining operations and we believe that taking a modular approach to the plant is more cost efficient. The Classic Minerals team remain on track and continue to deliver on its promise to shareholders to meet key milestones in advancing the planned development of its 100% owned flagship Kat Gap gold project.”

The company is aiming to excavate an initial parcel of between 3,000-5,000 tonnes of ore from the deposit in the weeks ahead. This feed will be put through the Gekko plant to both confirm previous metallurgical testwork and calibrate the mill in the lead-up to full-scale production.

In addition, the bulk sample should yield up to 1,000 ounces of gold, potentially delivering early cash-flow to the aspiring miner as it awaits its final approvals to allow a move to commercial operation.

Classic now looks to be sitting in the box seat and is set to become WA’s newest gold producer, with the company expecting to start pushing out gold in the coming quarter.

However, with exploration now beginning to unravel the Kat Gap structure at depth the company may need to settle in for the long-haul as drilling offers up high-grade intercepts and drives a deeper discovery focus in this under-explored gold terrane.