Plans for an Edith Cowan University CBD campus are set to proceed despite a red flag from Infrastructure Australia, which warned benefits could be overestimated and may not align with the Perth City Deal’s objectives. 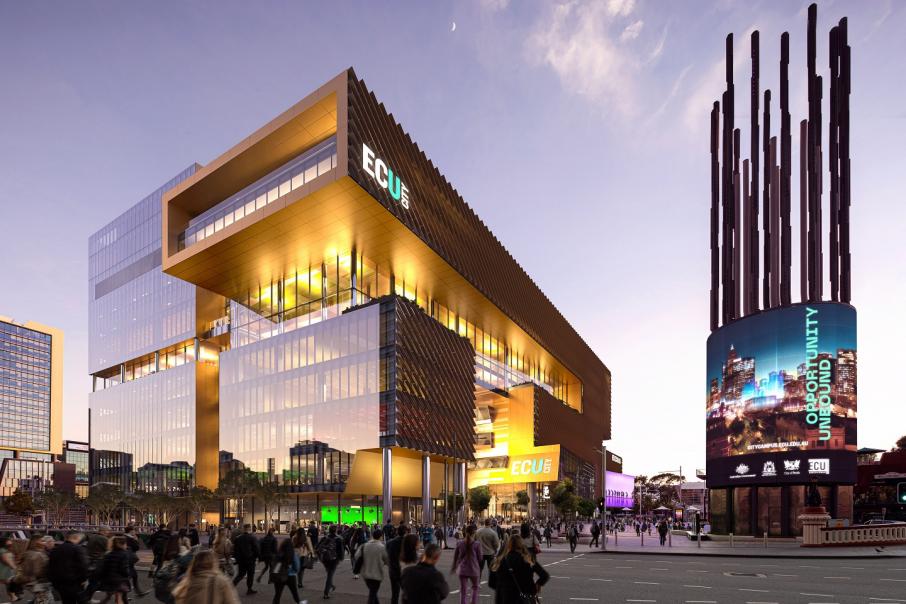 Plans for an Edith Cowan University CBD campus are set to proceed despite a red flag from Infrastructure Australia, which warned benefits could be overestimated and may not align with the Perth City Deal’s objectives.

ECU plans to move its creative industry, technology and business disciplines to a location near Yagan Square in the Perth City Link precinct.

The project was the crown jewel of the Perth City Deal, an agreement between federal and state governments with the City of Perth to rejuvenate the centre of the capital. 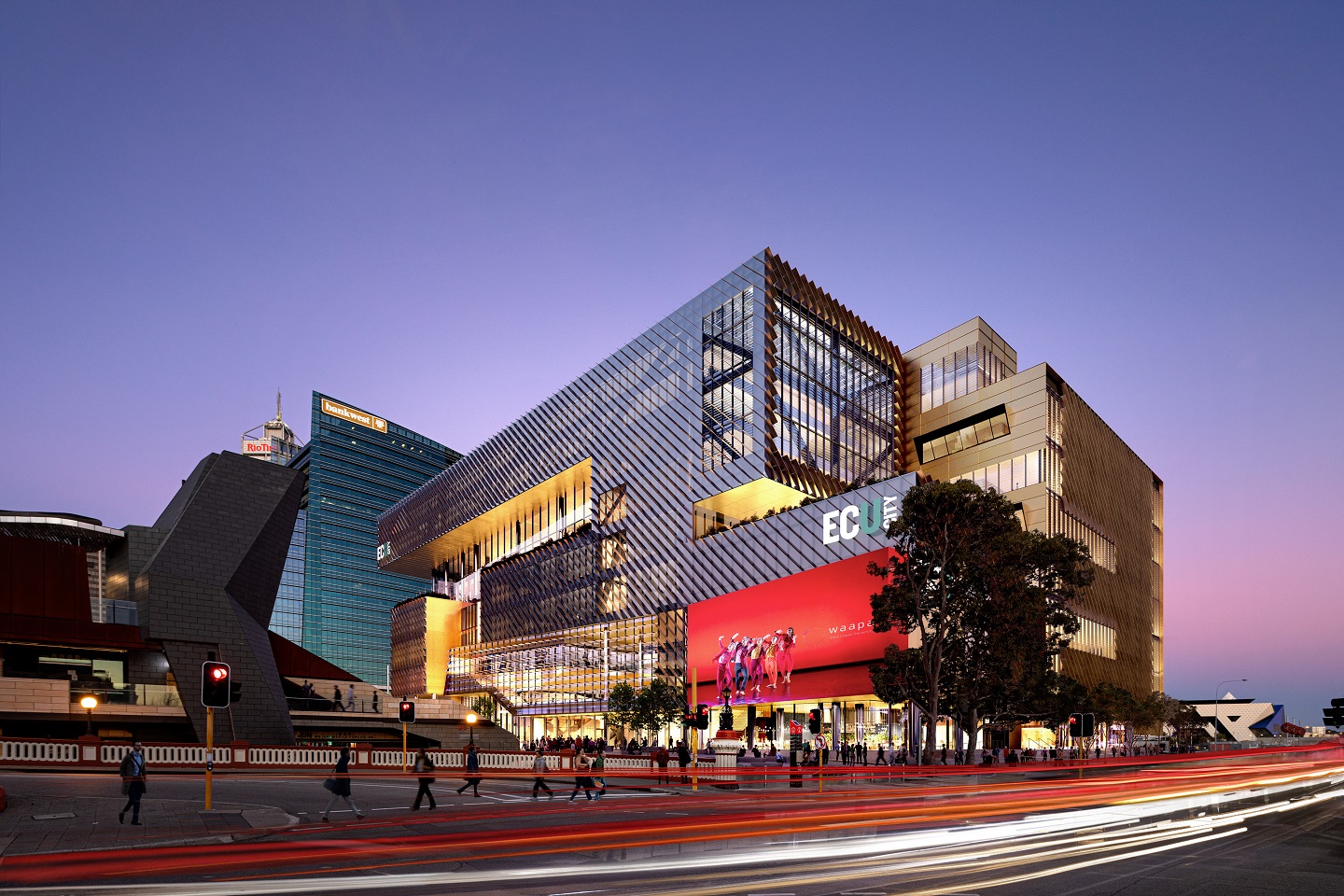 ECU submitted its business case to federal advisory body Infrastructure Australia for review, proposing a benefit to cost ratio of 2.5.

But Infrastructure Australia said in its review of the document that it could not be confident it would deliver value for money, Business News can reveal.

"(D)ue to potentially overstated international student benefits, associated uncertainty caused by COVID-19 and the non-quantified benefits associated with realising the objectives of the Perth City Deal, we cannot be confident that the benefits of the project will exceed its costs," the advisory body said. 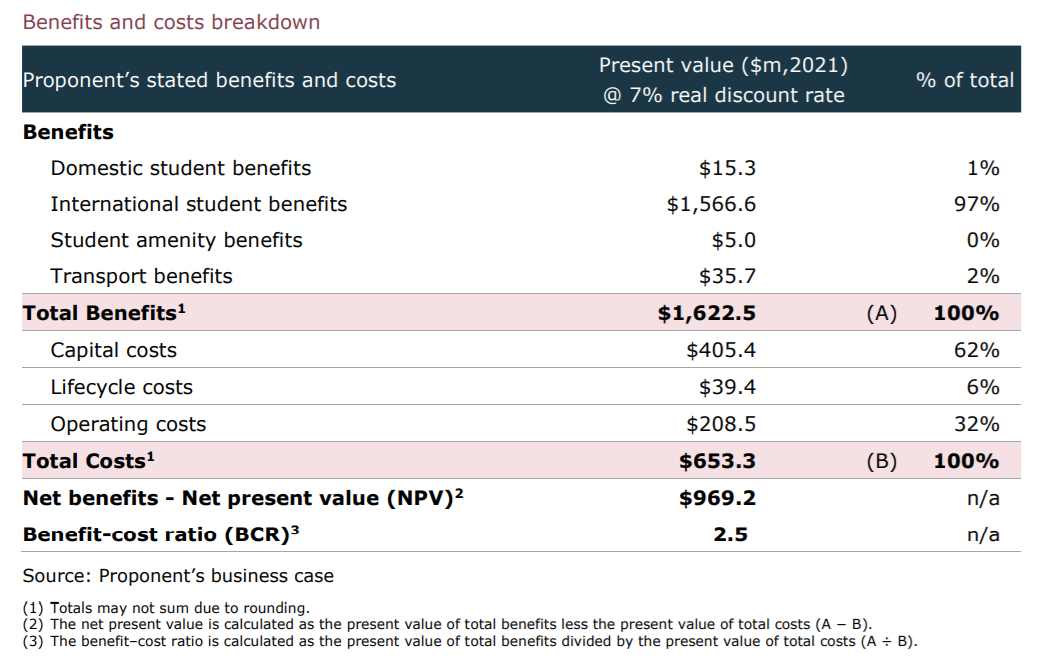 Almost 97 per cent of the benefit calculated from the project was to be derived from international students.

The breakdown of that was 89 per cent through remuneration of students who remained in Western Australia post-graduation, 4 per cent through course fees, 3 per cent international student spending and 1 per cent from associated visitors.

The post-graduation remuneration figure, which made up the lion’s share of the proposed benefits, was likely to be overestimated, Infrastructure Australia said.

“The approach adopted in this business case appears to attribute the entire lifetime earnings of international students as a benefit of the project,” Infrastructure Australia said.

ECU’s modelling predicted the campus move would increase international enrollments by 19 per cent more than the base case by 2034, with domestic enrollments up only 0.15 per cent.

“There is no evidence to explain how enrollment demand is related to the ECU City Campus proposal or why the demand increase for international students is so much larger than domestic students,” Infrastructure Australia said.

“This is inconsistent with what we have observed in the economic analysis of other similar projects and therefore poses a risk to the realisation of the benefits identified in the business case.”

While the business case likely overestimated benefits, there were some elements of the modelling which may underestimate benefits, including higher than projected student amenity, double counting of costs in course fees, and the land value of the Mount Lawley campus.

A spokesperson for the state government told Business News it remained committed to the project.

“The Perth City Deal is about improving vibrancy and economic activity to the CBD," the spokesperson said.

“A university campus attended by thousands of students daily will completely change the city centre, supporting local jobs, creating more activity and encouraging more people back into the CBD.

“We remain completely committed to the ECU Inner City Campus.”

A spokesperson for ECU said the university was continuing to partner with governments to deliver the project.

Infrastructure Australia’s review was carried out at the height of COVID-19 restrictions earlier this year, which had contributed to uncertainty about border reopening and disproportionately impacted international student numbers and benefit modelling, she said.

“ECU applauds the recent announcements, by both the Australian and Western Australian governments, regarding the return of international students,” the spokesperson said.

“This is important news for the university sector and instils great confidence that this project will deliver in full against the objectives of the Perth City Deal following ECU City’s scheduled opening in 2025.

“Infrastructure Australia went further in recognising that the project will deliver place making and city shaping benefits that are unique to ECU City as the centrepiece of the Perth City Deal.”