China curb on barley has been damaging

It is misleading to argue China’s tariffs have only had a slight impact on Australia’s barley exports. 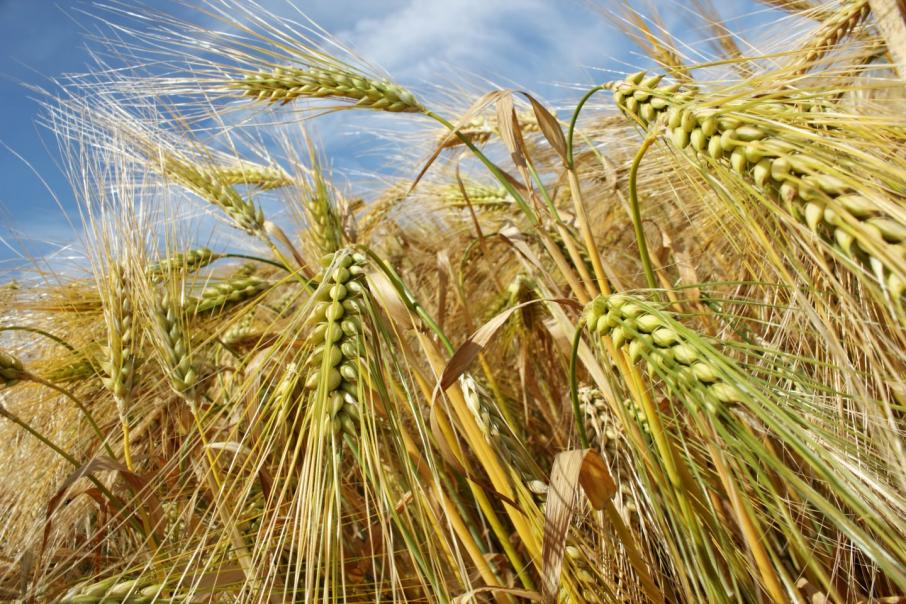 It is more than two years since China placed a tariff on Australian barley, which effectively closed off our trade with the middle kingdom.

We are more than 40 per cent of the way through the tariff, imposed for five years.

There are many who think the impact on Australian agriculture has been negligible.

I think that is false.

The first factor to examine is the spread between wheat and barley.

Typically, barley will trade at a discount to wheat.

The reason for this discount is that wheat is considered nutritionally superior.

In 2020, the barley discount rose to its highest level at the time of the tariff introduction.

It remained at a large discount until recent months.

The discount has remained well above the long-term average until recent months.

A significant part of this larger discount is attributable to the lack of access to one of the world’s largest barley markets.

France was one of the main beneficiaries of the effective ban on Australian exports.

In 2020-21, larger volumes of barley flowed from France to China than would be the case if Australia was still in the mix.

The chart shows the premium/ discount between Australian and French barley.

I have highlighted when the tariff on Australian barley was introduced.

The discount increased from this point onwards and has remained large.

Where is our barley going? Australia has clearly still been exporting large volumes of barley over the past two years. 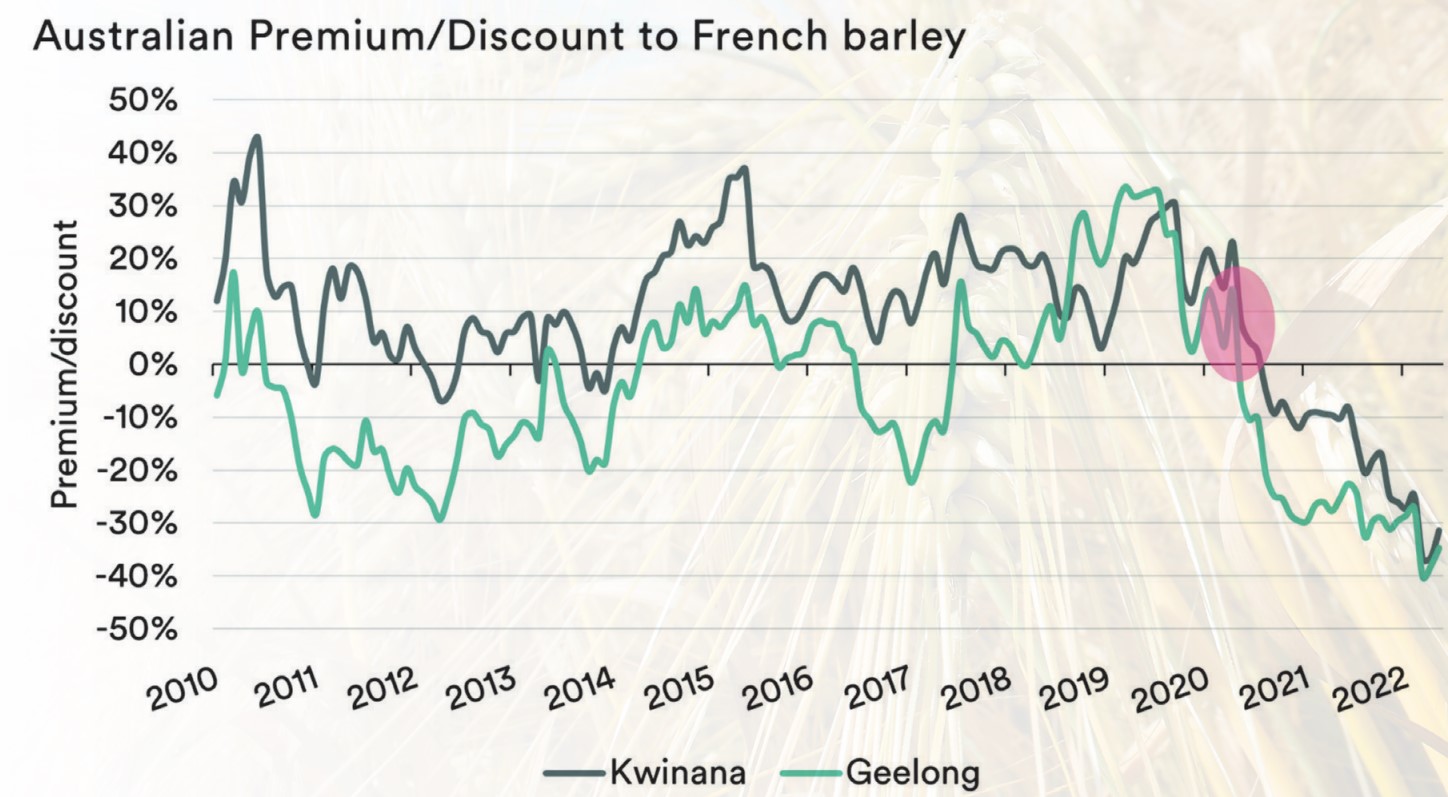 So far this season, volumes on barley have been lower than 2021.

Australia’s notable win was its exports to Saudi Arabia, rising to first place.

Vietnam has also been on a steady rise, from just over 1 per cent of exports in 2017 to 9 per cent.

The silver lining of the removal of China has been a slight diversification of Australia’s barley export markets.

However, in all likelihood, as soon as China is accessible, we will see it take the mantle once again as the biggest market.

Australia is one of the biggest exporters of barley but losing access to our market hasn’t stopped China from importing.

Its import program in 2021 was at record levels.

In recent years, it has been ‘hoovering’ up large volumes of all grains, and the question remains how long this program of imports will last.

China has limited access to barley due to the Black Sea conflict.

It is cutting its nose to spite its face more than ever.

It would be in the best interest of the Chinese consumer to accept Australian barley.

All in all, the effective ban on Australian barley has been damaging. It has not been business as usual.

In Australia, we may think the barley price is good.

If we compare barley prices to the past 10 years, they are high, especially for a non-drought period.

That is only looking at one side of the story.

It is the lost value that is important.

We are getting paid well, but we would likely be receiving a more substantial return if China was open.

We have diversified somewhat from China, which may be beneficial in the long run.

In all likelihood, our export markets in the future, when China is back on board, will be determined by who is the best buyer.

Maybe the new government will be able to negotiate with China to open up the doors to Australian barley.