Nicheliving is among a growing number of players spending up big on properties across the western suburbs. 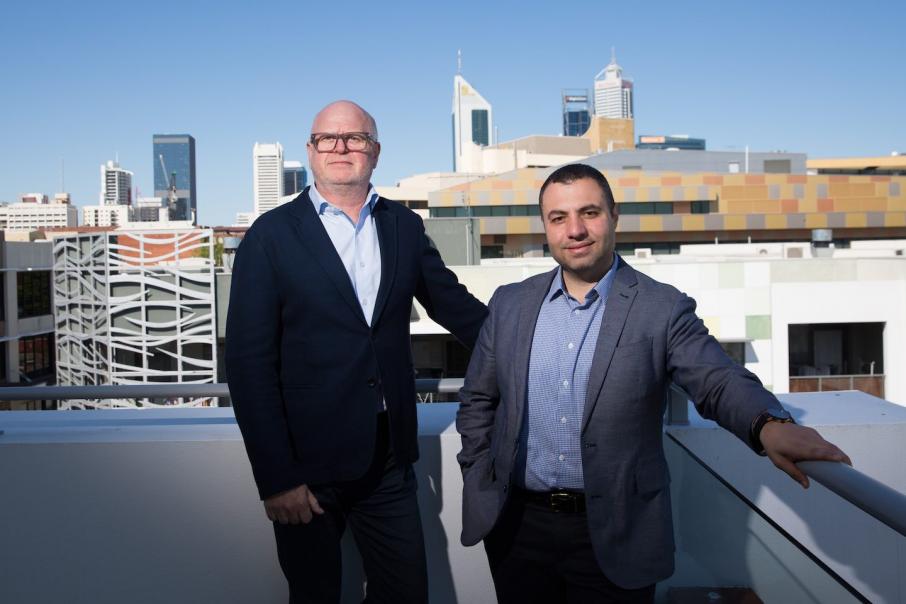 Housing across the leafy streets of Nedlands and Dalkeith has typically been reserved for large family homes on quarter-acre blocks.

But that is set to change, with a wave of property developments starting to take shape.

The push includes several townhouse projects by Nicheliving, which, over the past two years, has bought sites along Waratah Avenue in Dalkeith, as well as The Avenue and Webster Street in Nedlands.

The multi-faceted property group has spent the past few years targeting sites in established suburbs, also purchasing land in Applecross and Cottesloe.

“There’s a lot of density happening for apartment product, but only a handful of opportunities for grouped dwellings (townhouses or villas).

“For some, moving from their big mansion, they don’t want to necessarily move to an apartment product.

“This push to (density) living can’t be forced – you’ve got to give people the choice.”

A four-townhouse development at 116 Waratah Avenue in Dalkeith will be Nicheliving’s first high-end project to break ground, which Mr Michel-Elhaj said had sold out.

The company has 14 more townhouses planned for Waratah Avenue, across three sites.

Mr Michel-Elhaj said the strategy had paid off so far, with downsizers making up 50 per cent of sales, followed by young professionals and investors.

COVID almost threatened to derail the group’s plans, hitting during the peak of Nicheliving’s acquisition phase, just before the launch of its high-end brand to market.

“We had to come up with a shock campaign, where it would make people act,” he said.

“I remember being at home thinking, well how do you sell property when you’re in an environment like this?”

The group launched its 2020 Stimulus Package in April (running to June 30) offering up to $50,000 of support to buyers of a new home – three months before the state and federal governments’ home packages.

The initiative, he said, helped Nicheliving achieve close to $200 million worth of sales across Perth, receiving the Real Estate Institute of Western Australia’s 2020 top sales office and agent award.

Duet Property director Michelle Kerr said that before the pandemic, the Nedlands-based agency received one enquiry from a development group per week. It now received up to four a day.

“People are now more bullish about the long-term prospects of property in WA,” Ms Kerr said.

“We’re also seeing sales evidence for finished product; developers have been sitting on the fence.

“Now you’ve got companies like Nicheliving demonstrating to the marketplace that not only can you do these, but you can do them to a good standard, sell them and get good prices.”

Ms Kerr said interest from developers had pushed up the price of some rezoned sites.

“If you were on a quarter acre in an absolute knock over no one wanted to buy, your block was probably worth $1.45 million. Now you can probably sell it for $1.85 million,” she said.

Ms Kerr said most sellers so far had loose plans to potentially rebuild, renovate and do something with their property in the future.

“You’re either in a house that’s worth far more than the block value… or you’re in a home that’s really just block value and you’ve always planned to rebuild or renovate,” she said.

“These people that are selling are taking advantage of the uptick in their price now that it’s (their property) subdividable.

“But most of them are not keen to do it themselves – it’s a very big ask to for a small family to have the skillset to do the development, organise the builder etc.

“And the banks are very strict on the expected profit, the LVR they’re happy to lend… so the small and medium-sized developers are starting to come to Nedlands.”

Ms Kerr said existing residents were leveraging the opportunity to sell to a developer to then buy a smaller, new neighbouring townhouse or apartment that better suited their lifestyle and pockets.

“It’s not a bad financial move,” she said.

“One thing Nedlands has struggled with for a long time is diversity of accommodation.

“It’s the first suburb from the city, has hospitals, a university and access to all the private schools, but the majority of accommodation is quarter acre blocks – that’s not conducive to a balanced demographic… and a lot of families don’t want that.

“Now families can buy one of these four-bedroom townhouses for about $1.5 million and the difference between that and a $3 million four-bedroom house is you don’t have the 600 square metres of grass around you.”

As a vote of confidence in the future development potential in the area, Ms Kerr said Duet Property was launching its own project sales and marketing division this month.

“It’s an intrinsic part of what we feel is going to happen in the area moving forward and we’re investing a lot into that space ourselves,” she said.

“It’s an area that hasn’t had a lot of change for a long time. There’s still a challenge winning the public over.

“So developers are going to have to move slowly and carefully.”