Perth-based Caroline’s Skincare is preparing to ship its first container-load of product to China, having been one of three brands to sign an MoA with a Chinese agency at a 2016 Australia-China Health Expo. 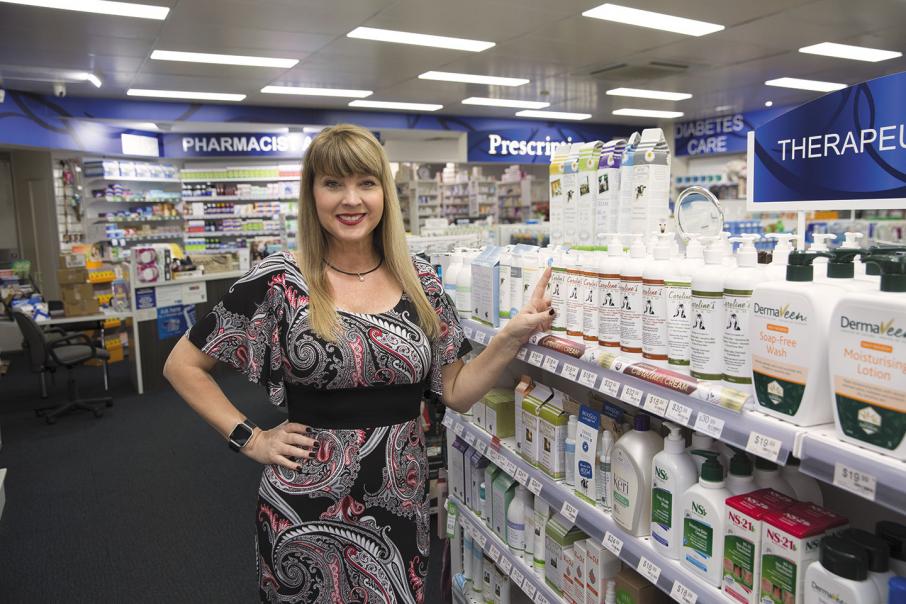 Perth-based Caroline's Skincare is preparing to ship its first container-load of product to China, having been one of three brands to sign an MoA with a Chinese agency at a 2016 Australia-China Health Expo.

The business manufactures and wholesales naturally derived therapeutic products, which are sold online and via more than 3,000 national stockists.

The export opportunity is fitting reward for principal Caroline Monet, who spent most of the early 2000s navigating the suburbs of Perth from a leased station wagon with her baby in the back, trying to convince local pharmacies to stock her homemade skincare cream.

Her passion for the product was genuine, as she had developed it to treat a debilitating case of eczema.

Initially, Ms Monet tried everything from cortisone to Chinese herbs, but nothing worked.

Within six months she had to stop working as a massage therapist, as she was no longer able to use her blistered hands.

Backed by a lifelong interest in traditional remedies and an accreditation in aromatherapy, Ms Monet turned to her collection of herbal extracts and oils, searching for properties that could treat inflammation and rebuild tissue.

Through trial and error, she formulated a cream that not only cleared up her condition, but also soothed her baby’s nappy rash and helped control a neighbour’s psoriasis for the first time in 30 years.

“I made a decision that this was something I had to share,” Ms Monet told Business News.

That was 2003, and all those miles and face-to-face meetings with pharmacists have opened doors, with the product in high demand and building a strong reputation.

New Zealand is also on the horizon this year, with Caroline’s already having a few thousand online customers based there.

“My journey began into a world I knew absolutely nothing about; I had no knowledge of how to run a business and had never sold anything in my life – let alone a product I was going to make medicinal claims on,” Ms Monet said.

“But what I did have was a strong belief in the product and its capabilities.”

Equipped with $5,000 on a credit card and advice gained from a 20-minute phone call with the founder of WA organic cosmetics company Wild Child, Ms Monet set out to start her business.

“There were some pharmacies I went into that basically thought I was some hippy from Fremantle with some concoction,” she said.

“I didn’t even have a barcode; I didn’t know how to get one.

“And I couldn’t afford a courier, so I delivered (the product) myself.”

Ms Monet secured her first stockist in late 2003 when six bottles of Caroline’s Cream went on sale at South Fremantle’s Banovich Pharmacy, where her cream and wash products are still stocked.

She continued to make and package the product herself for another two years, before engaging a Welshpool manufacturer to keep up with growing demand.

“People were relating to the fact there was a Caroline and a story, it gave them more hope and belief because I had suffered from a skin condition too,” Ms Monet said.

“But I almost lost it all three years ago.”

By mid-2014 the company had distributor problems and sales decreased by 50 per cent in just six months.

However, just like before, Ms Monet transformed her problem into an opportunity, and travelled around Australia to personally meet wholesalers and banner groups.

By 2017, Caroline’s Skincare regained its market share as well as securing 1,500 new stockists, including Priceline.

“I’m doing something outside the norm; I’m not putting out 10 products and telling people they need to buy them all to get their skin condition under control,” she said.

This principle had made it a challenge for stores consistently seeking something ‘new’, although Ms Monet said she did have a baby and veterinary range in the making.

“I don’t plan on shifting operations from Perth,” she said.

“I have a lot to be thankful for; I think if I lived anywhere else in the world I wouldn’t have had the same support, particularly in business.”