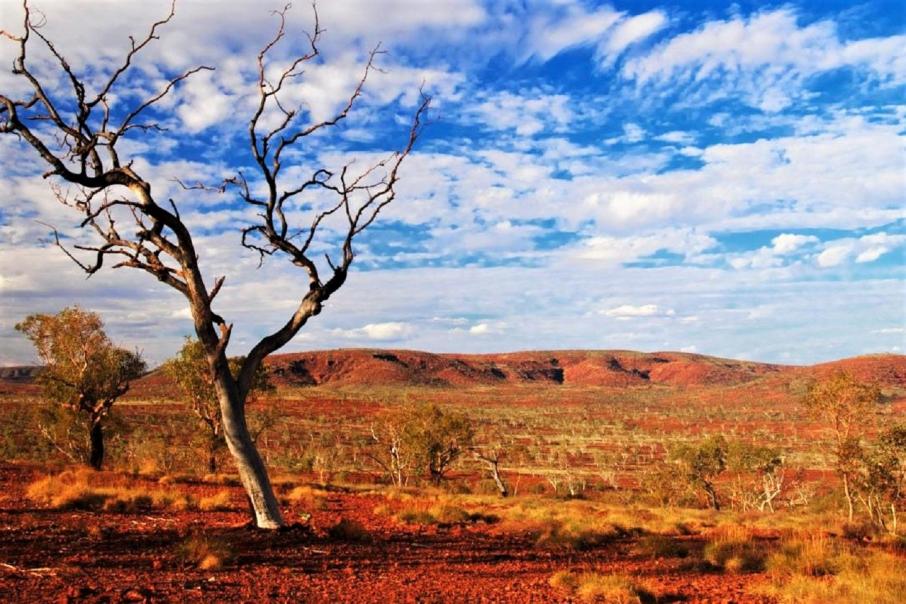 Caeneus Minerals has nailed down a bevy of drill targets across its Mallina tenure in WA’s gold-rich Pilbara region. A first-pass evaluation of the company’s ongoing magnetic surveys has identified several key structural features that show some analogies with the nearby spectacular Hemi gold discovery.

Field reconnaissance over the company’s tenure has revealed that the Mallina region is blanketed by a veneer of sand and gravels that render surface mapping and sampling ineffective. Whilst this scenario presents some challenges for ongoing exploration, it also presents a significant opportunity, as De Grey has shown, with a potential treasure trove of mineralisation lying hidden beneath these surface sediments.

Caeneus recently completed a detailed, 50m-line spaced, airborne magnetic survey across its Robert Hill tenure, northwest of Hemi. The survey allows the company to effectively see through the sand cover and interpret the underlying geology and structural architecture that hosts the mineralisation.

Whilst the company’s evaluation of the dataset is ongoing, an initial review has already identified several key structures that plumb into the gold-bearing shears in the region.

These north-west trending faults and shears cross-cut the north-east trending Hemi, Berghaus and Mallina shear zones that are known to host significant gold mineralisation in the region. A swag of targets have now been earmarked for drill testing.

Caeneus is now making preparations to undertake 20,000 to 25,000 metres of shallow aircore drilling across a number of these priority target areas, with an impressive 5km long anomaly west of the Alectroenas prospect looking ripe for the drill bit. There is also a peppering of enticing targets to the north of Shaggy that are likely to draw the attention of the company’s targeting team.

Caeneus is presently reviewing contracts for the upcoming drill program whilst it completes the required heritage surveys and Government permitting. Access tracks and survey lines will also be cleared as required to facilitate the evolving drilling program.

Caeneus exploration across the northern Pilbara looks to be gaining momentum now with airborne geophysics also continuing over the Roberts Hill, Mt Berghaus and Yule projects. Analysis of these extensive datasets is only in its infancy and will no doubt point to an ongoing stream of new targets across the three project areas as the company’s regional evaluation continues over the coming weeks and into 2021.

With geophysics continuing to unearth a range of targets across the company’s tenure and an extensive program of drilling being planned to test this growing book of new prospects, expect plenty of news flow out of this small capped ASX listed company in the coming months.