Working under strong, effective leaders has had a profound impact on the career of AICD state manager, WA Jody Nunn. 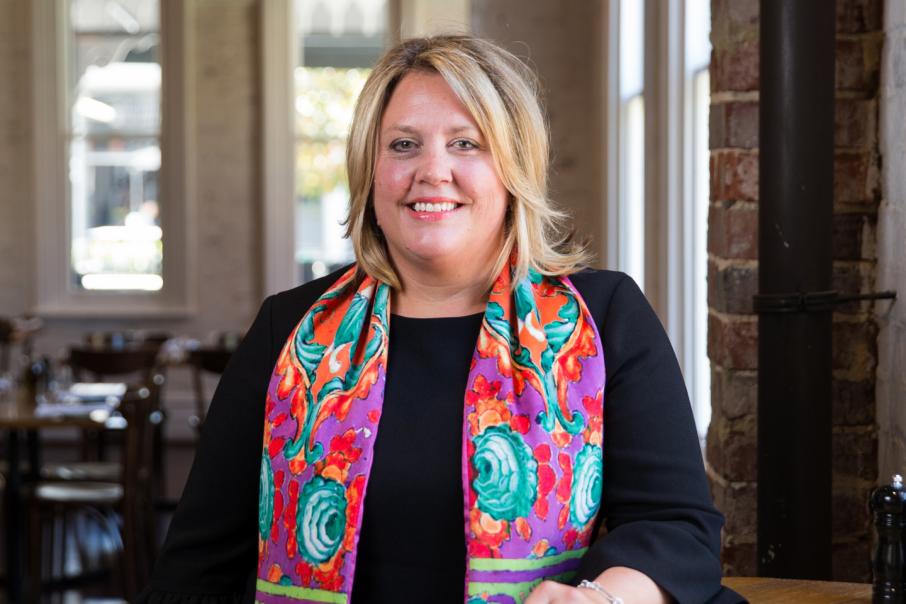 The world of governance education at the Australian Institute of Company Directors seems a world away from the arts and cultural institutions at which Jody Nunn developed her career.

Such a background has clearly developed skills in Ms Nunn that have enabled her achievements at the institute, but so too have the leaders under whom she has worked been key to her current success.

It is notable that she worked for Western Australians who were known for both longevity and success.

At the Perth Arts Festival in the late 1990s, Ms Nunn worked under David Blenkinsop in the final part of his 23-year reign as artistic director. Later in her career she was managed by Jan Stewart, who retired as Lotterywest CEO in 2014 after 22 years in the role.

“I think you’re so blessed when you get those leaders,” Mr Nunn said.

“All of the leaders I’ve worked under were wonderful teachers, as well, and you can learn something from everyone in life, can’t you?

“They were all so generous with the time towards me.

“I attribute much of my success to them really, their kindness, in many ways, of taking the time to talk things through and explain things and mentor me in different ways, through different highs and lows in life.”

Ms Nunn grew up in the Perth hills as the daughter of two schoolteachers.

Like many of her era, she remembers long family holidays exploring the state’s regions, pitching up wherever they chose and enjoying the freedom of a more laid-back time.

“We used to get thrown in the back of my dad’s ’63 split-windscreen Kombi and taken off into the Never Never,” she said.

“Really, I don’t remember staying in caravan parks so much other than just kind of camping under the stars and having those wonderful, kind of magic experiences.”

In the background was a family love of the arts. At weekends they used to “trundle off to little arts festivals” and her mother eventually quit teaching to get into pottery.

At Kalamunda High School a young Ms Nunn had focused on art. After graduation, though, a very different formative experience exposed to her a very different way of life – a Rotary Exchange to India.

“It was all rather startling when I first arrived, as you could imagine. It was a very raw and extreme place back in the early 90s, as it is now,” she said.

“It’s still a wonderful, cultural kind of assassination, I think someone described it as the other day.”

She lived for the year in a town called Bokaro Steel City, which operated around a big steel plant.

Ms Nunn said it was an entrepreneurial community with some interesting community projects, including schools for underprivileged children and a large leprosy camp.

“We used to go out to wild, remote regional places and do immunisation camps and put in water treatment programs,” she said.

“I lived with Sikh families, Buddhist families, Hindu families. It was really quite vast, the family situations that I kind of enjoyed, and all sorts of cultural festivals, as you could imagine. That kind of really played into my future career choices.”

Returning from India, she studied arts management at The Western Australian Academy of Performing Arts, the starting place for some of Australia’s greatest modern performers.

After three years of study, Ms Nunn was aware of how tough it was to get paid work that provides a meaningful career trajectory in the frugal arts industry.

Upon graduation she decided to seek regional work where she felt there was more likelihood of finding a position to develop a wider range of skills.

The next of Ms Nunn’s career moves took place overseas, where she had positions working at the Edinburgh Festival, Andrew Lloyd Webber’s Really Useful Group, and the Victoria & Albert Museum.

Of course it was not that simple.

After the Edinburgh role, Ms Nunn said plans to land plum jobs in London did not immediately work out, because while Australians were welcomed for their energy and ability to put their hand to any task, there was also the career drawback of not being seen as likely to hang around for the longer term.

“We were just watching this money flow out of our accounts,” Ms Nunn told Business News.

“So we decided, and this is where, I think, there’s a bit of magic that happens when you make a slight left turn in your career, we (Ms Nunn and her husband at the time) got a job as a butler and chambermaid in an English country manor.

“After the first day, they realised I probably had some skills that they could utilise, so I ended up managing all their events and conferences.

“They had shooting parties, as well, so I did a mean clay pigeon shoot.

“Those skills you learn in these environments that you never think you’ll use again, but you do.”

Circumstances changed again when Ms Nunn became a mother and returned to Australia, where she and her (now former) husband established a film production company – a seven-year role that used her links back to the festival to set up unique projects.

Among these was a documentary on Anthony Gormley’s Inside Australia, the sculptures many people have enjoyed out on Lake Ballard in the northern Goldfields.

As luck would have it, Ms Nunn heard Mr Gormley was to fly over regional WA looking for a likely place for his installation. Ms Nunn pitched to get on the plane, so that their proposed documentary was there from the start.

“We cut a little 15-minute clip and sent it off to the ABC and they commissioned it the next day,” she said.

“That film went on to go to multiple festivals around the world.”

The lure of marketing and communications called Ms Nunn back to the permanent workforce.

She joined Screenwest for four years ahead of an eight-year stint at Lotterywest, including the transition from Ms Stewart. While at Lotterywest, aided by a study scholarship, Ms Nunn embarked on an MBA, doing the executive course at the University of WA that involved a full day of study every second weekend.

“It wasn’t necessarily that in-class work, it was the hour at lunch where you’d all sit together and be sharing conversations where the true relationships were formed, as with all things in life,” she said.

“It’s almost the downtime or the offline time where things, a bit of magic, happens.”

Given Ms Nunn found the MBA experience so enriching it is not, perhaps, surprising that she ended up at the AICD, an educational organisation focused on some areas that fit neatly with an MBA.

She also finds the AICD structure a great environment for her to use her skills and experience.

“Well, I would say AICD has, in my view, got pretty close to mastering the federation model because it’s a real challenge to find that balance.

“Very much central to all our decision-making is the member.

“So we talk about member first and member relevance. Of course, a touch point for members is in the states and territories, it’s not at head office.”