The state government is hoping it has done enough to sway the vote its way in this month’s Darling Range by-election. 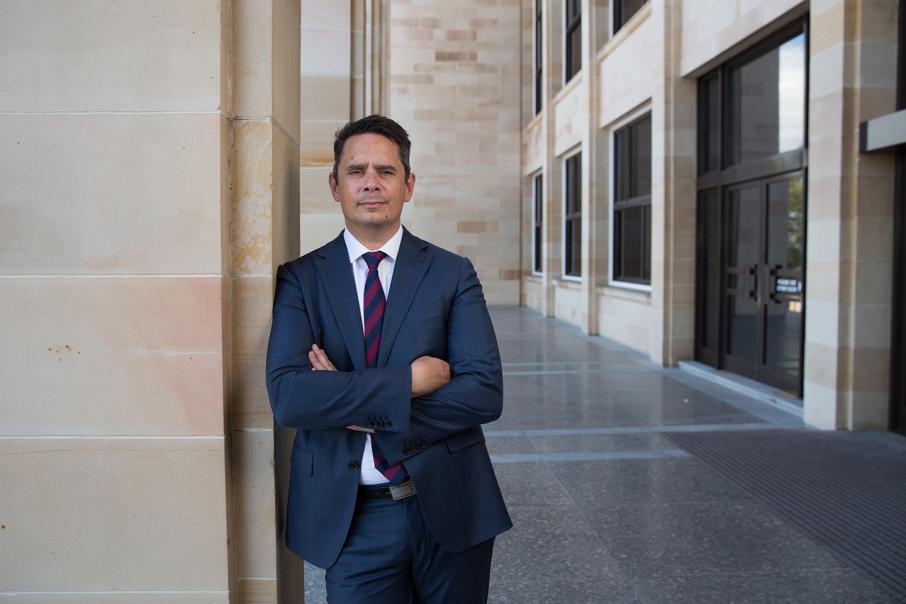 Ben Wyatt says WA is on track to return to surplus in 2020-21. Photo: Attila Csaszar

The last thing the McGowan government wanted was to be assessed by voters soon after its second budget, which was aimed to begin the repair process in earnest after last year’s attempt was stymied in the Legislative Council.

Yet that’s what will happen in the seat of Darling Range on June 23.

The by-election follows the vacancy left by the resignation of Barry Urban (who won the seat for Labor then became an independent), after the finding that he had lied about his qualifications – first to the party when he sought endorsement, and later in parliament when his credentials were challenged.

Darling Range wasn’t a seat Labor expected to win in the first place, yet Mr Urban gained a phenomenal swing of 19 per cent in last year’s poll to oust former minister Tony Simpson, and give Labor its current buffer of 5.8 per cent.

Given all that is going on, including the reaction to Treasurer Ben Wyatt’s May budget, the big question is whether that will be enough.

And the further good news is that, barring an unexpected slump in commodity prices or cost blowouts, Western Australia is on track to return to surplus in 2020-21.

Unfortunately there’s some pain accompanying that progress, which is now immediately relevant to Darling Range voters.

Householders are being asked to accept an increased load ($292 a year for the average family) to fix the state’s finances, with jumps in most charges well above the inflation rate.

That is the political risk.

With almost three years until the next election, Premier Mark McGowan and Mr Wyatt are banking on the projected return to surplus on the virtual eve of the 2021 poll.

They can then tell voters that it’s ‘mission accomplished’.

But first they must pass scrutiny in Darling Range – fortunately before the first bills reflecting the increased rates have been received.

In preparing his second budget, Mr Wyatt resorted to a scalpel in the search for savings across the board, rather than last year’s attempted big hit in the form of the planned gold tax rise, which was designed to generate almost $400 million over four years.

This collapsed in the upper house when regional MLCs caved in to mining industry pressure.

This year the treasurer resorted to plan B, a line-by-line review of spending across the public sector.

The process has not been without some risk, but the results appear spectacular.

The risk has been reflected in moves such as the decision to close the Moora Senior High School hostel, which has been haunting the government.

The Royalties for Regions program, initially designed to top up regional spending, exists in name only.

Much essential regional spending now comes within its ambit, to the horror of the Nationals WA.

Mr Wyatt detailed the results of the cost cutting exercise in his budget speech, noting expenses would grow by just 0.9 per cent in 2018-19, and an average of just 1.2 per cent over subsequent years.

“These historically low rates of expense growth are the result of the government’s budget repair measures and our disciplined approach to reviewing and reprioritising expenditure to fund election commitments and other priority programs and infrastructure,” Mr Wyatt said.

“In just five months, the expected deficit for 2017-18 has been halved – from $2.6 billion to $1.3 billion – as a direct result of controlling our spending and being responsible with the state’s finances.”

They were heady days.

The challenge for governments now is to rein-in spending by lowering expectations, without losing too much electoral support.

Take the health budget, which accounts for 30 per cent of total spending.

About 1,100 redundancies have been awarded across the health sector over the past two years, and pay increases have been slashed.

All costs are under the microscope.

That is a good result for the state’s finances.

But it will take more to impress voters in the by-election.

That’s why the Liberals will go all out to regain the seat.