WA's experience with energy reform suggests the current system has failed to deliver the stated goal of a competitive market. 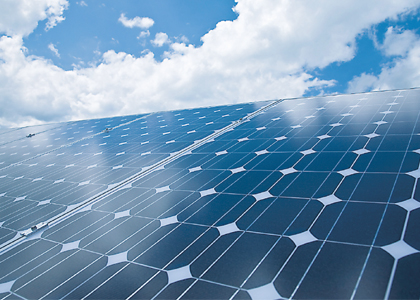 IMPOST: The federal government’s renewable energy target has the potential to further derail the competitive market for electricity in WA. Photo: iStockphot

WA's experience with energy reform suggests the current system has failed to deliver the stated goal of a competitive market.

THE state of Western Australia continues to own Verve, Synergy and Western Power. Verve is the dominant generator in the South West Interconnected System, and Synergy the dominant retailer of electricity. Hence, state-owned entities dominate the sectors in which competition is necessary.

In retail, the major private Australian energy retailers - Origin Energy, AGL and TRU Energy - are not active in WA. It appears that they have no appetite for this market in its current form. Therefore there is limited competition between Synergy and a handful of other small retail entities such as Alinta Energy and Perth Energy.

Some commentators will raise the issue of full retail contestability as the solution to this situation, but it is not. Neither Perth Energy nor Alinta Energy has the volume of energy available to support significant switching from Synergy in the domestic sector. They cannot undercut or match Verve’s supply to Synergy.

As regards the generation sector and Verve Energy, in a market-based environment it is important that the government, as the owner of Verve, decides whether it intends to allow, and fund, Verve to replace and expand its portfolio, or not.

This issue will be one of the defining issues for the WA electricity industry in the future. If Verve is allowed to retire and replace its plant, and build new plant, then it is a clear signal that competition in the generation sector is not being encouraged, and the private sector should look elsewhere for opportunities. In this case, we should abolish any aspirations for a competitive market in electricity generation.

If Verve is not permitted to grow, it should be disaggregated and sold in the near future while it still has a viable portfolio with a significant future.

WAhas not achieved the first and fundamental step in establishing a competitive electricity sector; it has not sold its generating assets to multiple competing parties to allow competition to take hold. It has not clarified its intentions for the renewal or growth of the Verve portfolio, and continued speculation about a merger of Verve and Synergy to create ‘Vynergy’ causes further doubt for the private sector competitors.

If the generation fleet in the wholesale electricity market were in the hands of multiple competing owners, and the units were subject to competitive pressure to be dispatched, there would emerge vigorous competition among these plants to generate electricity, and the implications are that the high fuel cost operations would be exposed and would not run.

To achieve this level of competition, the existing contractual arrangements that some of these plants have with Synergy or Verve Energy would have to be dismantled. These arrangements would be replaced by new contracts with the retail sector or by direct sales to large consumers.

However, this issue is not my principal concern. Of greater importance in the creation of multiple competing generation entities, each owned by a different set of private owners, is the issue of competitive fuel supply.

Multiple competing generators will all require access to long-term sources of fuel in order to be sold at reasonable prices.

Unfortunately, we do not have that situation in WA, and we are unlikely to be able to create it.

Gas supplies are very tightly held, there are not, say, five gas producers competing to sell domgas, nor are there multiple competing coal producers.

There may be five domgas producers, but they are at various stages in their commercial cycle, they are not aggressive competitors, and they often have common ownership.

Similarly there are only two coal producers in the Collie Basin, which is clearly insufficient to promote vigorous competition between the new owners of coal-fired generation.

A complicating factor in the development of a competitive electricity sector in WA, and in Australia also, has been the imposition by the federal government of a renewable energy target on retailers.

In the WA market, this federal impost has a major impact on the market for energy available to fossil fuelled generators in the future, particularly new entrant generators.

If the market does as the federal government has legislated, 99.4 per cent of the growth in the SWIS until 2021 will be supplied by new wind projects.

This imposition by the federal government has the capacity to further derail the competitive market for electricity in WA. How can WA have a competitive energy industry if all growth for the next decade will be supplied by renewable energy, which is required under a federal impost?

In analysing the 2012 statement of opportunities I have assumed that coal will retain its 50 per cent share of the 2021 market. Therefore, the variable fuel in the mix becomes gas, for which there appear to be insufficient long-term contracts to this timeframe to cover the requisite quantities of gas.

Private generators that do not have a contract for gas supply after 2020 will, on current indications, face a difficult task in securing gas under contract. Any generator wishing to build new gas-fired facilities for this time will find it very difficult to secure a supply of gas on competitive commercial terms, since there simply are not enough gas producers competing to sell gas. This is one of the shortfalls of a domgas reservation scheme.

Using the state’s reservation policy to reserve 15 per cent of an LNG project’s gas for domgas, in the absence of multiple LNG producers under the same reservation pressure, provides an artificial mechanism or environment in which to try and sell domestic gas.

With the very tight concentration of ownership in the Carnarvon Basin, it is difficult to see how a competitive domgas market can emerge in the next few years.

Hence, we can expect domgas prices to remain high, and low-cost electricity will predominantly be sourced from Verve’s coal-fired plants. In my view, limited competition in domgas will limit competitive pressure in electricity generation.

Thus, new gas-fired generation projects in WA face the prospect of purchasing gas in limited quantities at high prices, which is certainly not going to provide significant inter and intra-fuel competition in the wholesale electricity market.

Even if the shale gas and Kimberley gas prospects mature and produce large quantities of gas, their impact as competitive fuels for the power system will be limited.

They may find application in the alumina or iron ore or retail gas industries, but they won’t have much impact on electricity.

The state government has recently released its Energy 2031 vision and blueprint. However, it does not discuss the fundamental issues associated with the electricity market in WA. I suggest that the next steps for the evolution of the energy industry in WA could include consideration by the state government of two options for the future.

The revised competitive model would entail consideration of:

• The government obtaining independent advice on the possibility of WA ‘joining’ the national electricity market through the adoption of its trading and regulatory mechanisms.

• The disaggregation and sale of the Verve generating portfolio to create multiple competing generators.

• The split of Synergy into several geographically based retail entities, and their sale, together with the gradual reduction in contestability limits to provide real choice to end users.

• Taking measures to create a surplus of gas seeking a market in WA, to promote genuine inter and intrafuel competition.

• Taking measures to ensure that renewable energy generators, including wind, are subject to economic dispatch rules in the operation of the power system and its market for energy.

The second option to be considered would involve: the re-aggre-gation of Verve and Synergy; the assumption of all of the bilateral contracts with generators and loads by the aggregated entity (Vynergy) ;the commitment by Vynergy to source additional generation from the private sector through a power procurement process overseen by the ERA; the abolition of the wholesale electricity market; and the regulation of electricity selling prices to all classes of consumers.

Alinta would revert to a gas retailer and a wholesale electricity generator selling its output to Vynergy. In effect, this would allow Vynergy to capture and pass on competitive benefits and scale economies in generation and fuel supply, and in retailing. This structure would leverage Treasury’s balance sheet for the benefit of consumers, rather than having the value of the state-owned entities gradually eroded over time.

I do not advocate a continuation of business as usual. It has failed to produce a competitive environment, and it will not produce one in the future. It might have produced an initial flurry of new generation activity during market start, but this has faded once the realities of the fuel situation have emerged.

WA has two choices - either find a competitive model, such as applies in the national electricity market, or abandon the experiment and put the competitive elements of the industry back together and use economies of scale to deliver lower cost electricity to all classes of consumers in WA.

There is no shame in changing course; restructured electricity systems around the world, including in Britain, have had to start again when they recognised that their models were flawed. We should not continue to delude ourselves that we have, for the first time in the world, produced a competitive energy industry that does not incorporate the fundamental principles of a competitive market.

• This is an edited extract from Mark Chatfield's speech to the Energy in WA conference, held in October Mr Chatfield is executive director H A & NT of consulting group ACIL Tasman. The views expressed are his own and not those of ACIL Tasman.