Buru Energy has kicked off a flurry of drilling activity that seeks to unlock the oil and gas potential of the severely underexplored Canning Basin in northern WA. Besides two horizontal production wells that could substantially increase its oil output, the company is also preparing to drill the Yakka Munga-1 and Rafael-1 exploration wells, either of which could be game changers if they are successful. 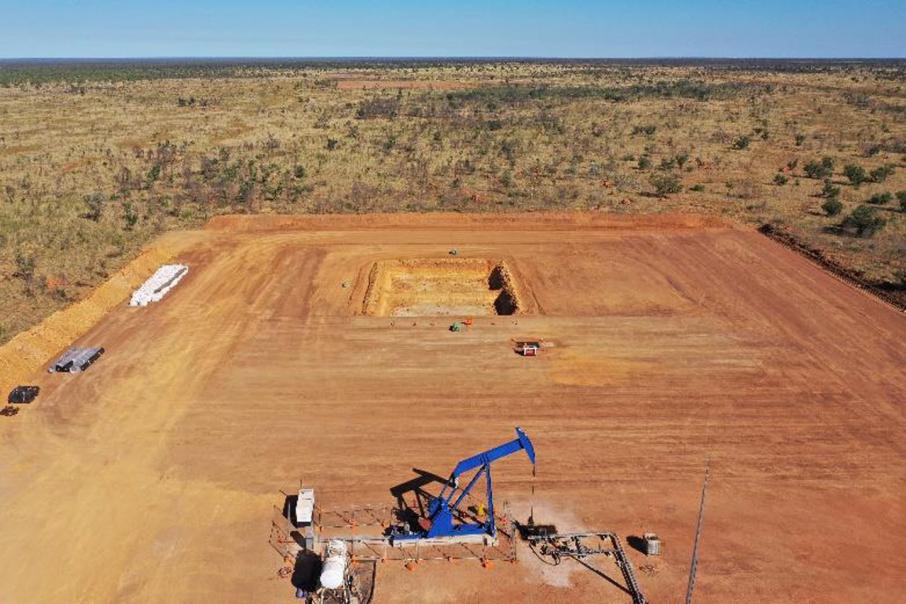 The fields are alive with the sound of drilling. While this is certainly not a Julie Andrews epic, Buru Energy has recently returned to the business of oil and gas exploration with a vengeance, spudding the Ungani-6H horizontal production well to kick off its drilling program.

And what a program it is.

With support from Chinese company Roc Oil, Buru has another horizontal production well to drill at the producing Ungani oil field before it moves on to drill the exciting Yakka Munga-1 exploration well that is targeting best estimate gross prospective resources of 66 million barrels of oil.

Ungani-6H is currently at a depth of 945m and will be drilled by the NGD 405 rig to a total depth of about 2340m by the end of May to intersect the target Ungani Dolomite reservoir.

The well will then be suspended to await the arrival of the coiled tubing unit to carry out underbalanced drilling of the horizontal section.

Meanwhile, Buru will shift the NGD 405 rig over to drill Ungani-7H located right next to the producing Ungani-4 well.

The company has also completed the access road and site clearing works for the Yakka Munga-1 well, under on-site supervision of traditional owner heritage monitors and in close consultation with the pastoralists who manage the Yakka Munga station.

Yakka Munga-1 is located in exploration permit EP 428 where Roc is earning a 50% interest by funding $20m of a $25m exploration program for up to four wells.

Whilst the partners have agreed that Yakka Munga-1 will not be one of these four wells, Roc will still pay for its 50% share of costs on a separate basis.

Technical work is also nearing completion for the proposed Rafael-1 exploration well that could host up to 75 million barrels of oil.

Work to date has concluded that the target carbonate reef is likely to be the Nullara Formation that is the same age as the reef that hosts the Blina oil field on the northern age of the basin.

Management said there is well-developed porosity in the dolomites within the Nullara section in numerous wells in the basin whilst the Gogo oil source is proven to be present in the area of the Rafael prospect.

Buru said that regardless of how much Roc decides to participate, it will undertake the drilling of Rafael-1 even on a sole risk basis.

The company has started constructing the access road and drill pad and has sourced the long lead items for the well to ensure that it is drill ready at the completion of the Yakka Munga-1 well.

Aside from its joint venture with Roc, Buru has also completed a review of all its Lennard Shelf licences and the EP 129 permit that contain several legacy oil fields such as Blina and Sundown.

This review has identified a number of drillable prospects including the Miani – formerly Hotdog – prospect, the potential for production from the Blina field Yellowdrum horizon, which is the geological equivalent of the Ungani Dolomite, and several other exploration opportunities.

Buru said the previous production of 400,000 barrels of oil at the Blina field was sourced from a relatively thin porous basal section whilst the overlying dolomite section of about 40m was never tested despite good oil shows being observed and the presence of several zones with apparently good porosity.

The review has identified that the existing Blina 4 well would allow a relatively simple re-entry to perforate and test this overlying dolomite section that could host up to 500,000 barrels of recoverable oil if it proves to be productive.

Buru’s Miani prospect is well defined on 3D seismic with recent technical work defining possible analogues including the Ladyfern field in northeast British Columbia that has a similar geological setting and expression on seismic data.

While Miani is somewhat smaller than Ladyfern, it is also considered to have high potential for significant oil resources.

The company added that a Miani well would have a total depth similar to the Ungani Field and could potentially fill the drilling slot available after the NGD 405 rig drills Rafael-1.

Last, but certainly not least, Buru is working on a program to test the most prospective zones at two wells in the Yulleroo gas field where drilling has already defined a substantial accumulation of about 670 billion cubic feet of gas.

This program will use the coiled tubing unit and is aimed at quantifying the ability of conventional gas resources to supply local industry and power generation as a substitute for LNG trucked in from the Pilbara.

Both Ungani horizontal production wells have the potential to add substantially to the company’s existing oil output, which is never a bad thing, while the exploration wells could be game changers if successful.