Buru Energy is cashed up, partnered up and has a glint in its eye again as it embarks on a multi-million dollar search for more oil riches in the lucrative Canning hydrocarbon basin in WA’s north. Buru is preparing to drill two production wells to increase production at its Ungani oilfield and up to four exploration wells to test promising oil prospects in the underexplored region. With $64m in the bank and Chinese firm Roc Oil riding shotgun with a $20m farm in agreement, Buru has its chip back on the board. 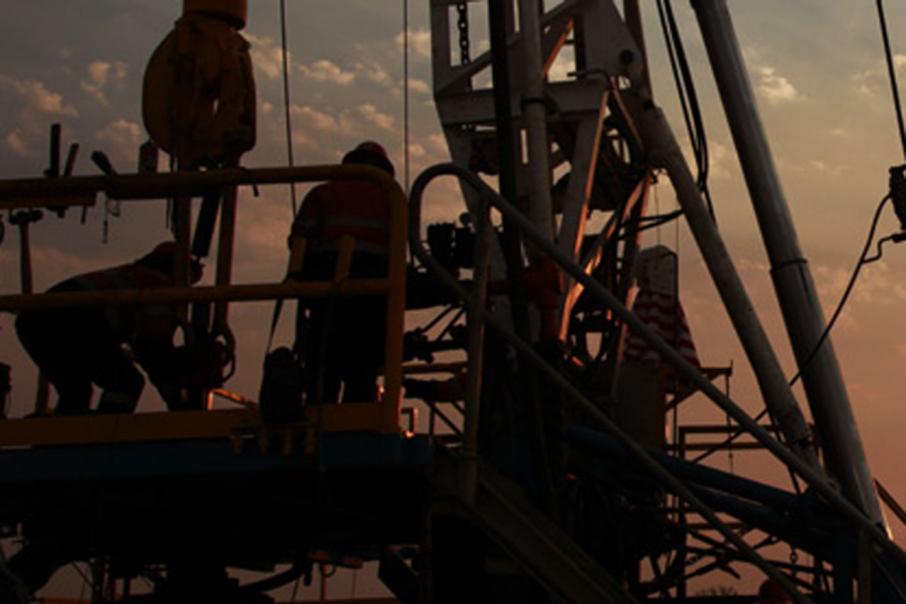 Buru Energy is cashed up, partnered up and making money.

The ASX listed oil player has a glint in its eye again as it embarks on a multi-million dollar search for more oil riches in the lucrative Canning hydrocarbon basin in WA’s north.

The company is preparing to drill two production wells to increase production at its Ungani oilfield and up to four exploration wells to test some promising oil prospects in the underexplored region. With $64m in the bank and Chinese firm Roc Oil riding shotgun with a $20m farm in agreement, Buru has its chip back on the board and a spring in its step.

The company, led by oil and gas veteran Eric Streitberg, has been operating in the vastly underexplored Canning basin since 2008 when it was spun-out of Arc Energy, which was acquired by AWE Limited at the time.

Since then, Buru has discovered the Ungani oilfield that has produced more than 1 million barrels of oil to date and proved the potential of the tight gas resources in the Canning.

More recently, the company sold a 50% interest in the profitable Ungani oil field to Chinese firm Roc Oil for a total cash payment of $64m. Roc has also agreed to farm-in for a 50% interest in exploration permits EP 391, EP 428 and EP 436 by paying a further $20m of a $25m exploration program for up to four wells.

The JV will kick off its 2019 drilling season with two horizontal production wells that are designed to increase Ungani oil production from the current 1200 barrels per day, or “bpd”.

The first of these wells, Ungani 6, will be drilled from an existing cleared area adjacent to the Ungani Production Facility in early May whilst the configuration of the second well is subject to further analysis and review of the results from the Ungani 6 well.

Whilst there is no way to predict how well these production wells will perform, Buru is targeting longer term production of 3000bpd.

Once these wells are completed, the rig will move on to drill the Yakka Munga 1 wildcat exploration well, the first well in the exploration campaign that Roc is carrying Buru for 80% of the costs to a cap of $20m.

Yakka Munga 1 will be drilled to a total depth of 2400m on the regionally significant Yakka Munga structure with the oil bearing Reeves Formation sandstones the target in the Ungani Far West 1 production well.

Detailed technical work is also ongoing on the Rafael prospect as the next potential exploration well. This technical work includes reprocessing of existing seismic data over the structure and further quantification of the source, seal and reservoir parameters for the prospect.

Similar due diligence work is underway on the Hotdog and Emanuel prospects.Separately, discussions are also underway in relation to the Butler prospect that straddles Buru’s wholly-owned EP 129 on the Lennard Shelf and Rey Resources’ EP487.

Buru is participating in an independent review of this area, which is expected to be completed soon.

The Butler discussions also neatly highlight the renewed interest in the Canning Basin as UK company Doriemus is required to drill a 4000m commitment well to earn a 50% stake in Rey’s permit.

Buru and Rey will also review the overall prospectivity of their EP 457 and EP 458 permits that are prospective for conventional oil in a number of formations.

This review is likely to include the reprocessing of existing 2D seismic data and potentially the acquisition of new seismic data in 2019.

The Canning Basin is also known to host the Laurel Formation, which has the potential to host a massive tight wet gas pay zone.

Buru has already proved up the ability of the Laurel to produce gas at commercial rates after a trial small scale fracture stimulation program at its Yulleroo-2 well flowed gas at rates of up to 1.8 million cubic feet per day with a high condensate content.

A further review of this resource also identified a number of areas where there is potential for conventional gas accumulations in Yulleroo with the company currently evaluating them for testing in 2019 with the goal of quantifying their ability to supply local industry and power generation.

A recent independent evaluation of the gas and liquids resources of the Yulleroo Gasfield by RISC determined 2C Contingent Resources net to Buru of some 714 petajoules of recoverable gas with 24.9 MMbbls of associated liquids.

Paleozoic-aged basins like the Canning are some of the most prospective oil and gas basins around the world with more than 130 giant and supergiant oilfields and gasfields having sources and reservoirs in this geological setting.

Despite this, the Canning remains one of the most underexplored Paleozoic basins in the world even though it boasts widespread petroleum shows at many stratigraphic levels and in different geological settings that indicate the presence of four active petroleum systems.

These wells are concentrated largely in the Fitzroy Trough and the Lennard Shelf, which have long been considered to be the most prospective areas of the Canning due to their geology, structural development and shows confirming petroleum generation and migration.

Buru has already proven that commercial oil and gas production is possible from its chunk of the Canning Basin and the company’s planned activity in 2019 could improve its existing oil production at Ungani and discover more oil.

With Brent Crude prices currently above US$68 per barrel, any increase in production would have a positive flow on effect on the company’s revenues and cash flow.

With a $64m war chest and the Chinese paying the lions share of exploration costs, it will be interesting to see how far Buru can take its Canning basin projects this year.

Success in the next couple of wells will see a very different Buru emerge as it seeks to be a force to be reckoned with in the Canning.