Buru Energy has announced an unexpected gas show above its targeted reservoir section in the highly anticipated exploration well Rafael 1. According to the company, shows of natural gas and even hydrogen and helium in a thicker than expected Anderson Sandstone immediately above the crest of the targeted structure validate an active petroleum system and trapping mechanism at the Rafael location. 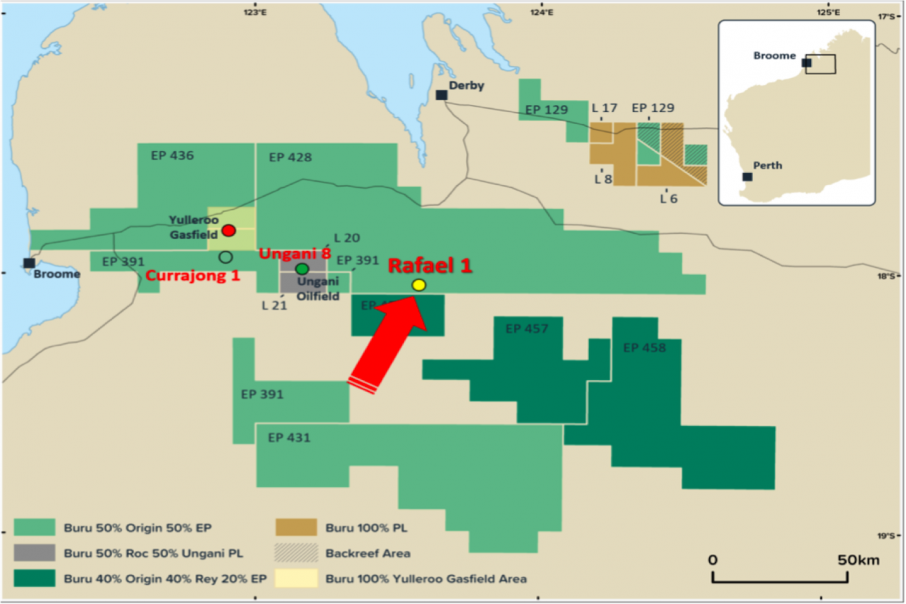 Buru Energy has announced an unexpected gas show above its targeted reservoir section in the highly anticipated exploration well Rafael 1. According to the company, shows of natural gas and even hydrogen and helium in a thicker than expected Anderson Sandstone immediately above the crest of the targeted structure validate an active petroleum system and trapping mechanism at the Rafael location. The drill bit is now on its way to Buru’s much-vaunted new geological target in the Devonian aged carbonates similar to the large prolific oil producers in Western Canada.

Buru has stopped drilling to evaluate the shows and set an intermediate casing as it prepares to drill ahead into the highly anticipated Devonian carbonates. Given the tight nature of the Anderson Sandstones, no production can be expected from this formation however Buru has previously said there is potential to find up to 176 million barrels of oil in the Rafael prospect in the deeper Devonian section. According to the company, elevated mudgas indications as much as 10 times over background in an interval from 3,285m and 3,429m in the Anderson Formation is 'somewhat unexpected but very welcome'.

Operations in the Rafael 1 drilling have been going smoothly but slower than planned due to harder than expected sandstone in the Anderson. Following completion of the current casing operation the well will be drilled ahead in an 8 1/2 inch hole through the highly anticipated Devonian reservoir section to a planned total depth of 4,000m.

Buru Energy Executive Chairman Eric Streitberg said: “The somewhat unexpected but very welcome presence of hydrocarbon shows with additional indications of above background helium and hydrogen content in the sandstones above the expected main reservoir section indicates that there is an active petroleum system and valid trapping mechanism at the Rafael location.

We are very much looking forward to the next hole section where we will be drilling through the main objective of the seismically very distinctive carbonate reservoir section.”

Rafael 1 is located in one of Buru's vast exploration permits of the Canning Basin some 50km east of the producing Ungani oil field and 150km east of Broome. Just last week 50/50 joint venture partners Buru Energy and Origin Energy sold nearly 74,000bbls of crude oil from Ungani to BP Singapore. That oil is probably being refined today for use in our internal combustion engines tomorrow.

Buru Energy is a conventional oil and gas producer with a green twist. It has taken a substantial interest in natural hydrogen. Its wholly owned hydrogen subsidiary 2H Resources has an initial focus in South Australia where it was recently granted over 29,000km2 of permits on trend with previously drilled hydrogen discoveries. Buru has installed a special hydrogen mudgas detection unit on all of its drilling activities in the Canning Basin and this unit has detected units with up to six per cent hydrogen in its Currajong 1 exploration well and 4.9 per cent hydrogen in the current Rafael 1 well.

The Buru/Origin joint venture is in an elevated state of activity and has seen  back-to-back drilling operations on multiple exploration and development wells. It has also completed 990km of new 2D seismic acquisition over highly prospective areas within its permits in the Canning Basin. According to the company, prospective new plays will be revealed with new seismic data.

Buru remains well placed for continued success in the Canning Basin. With two strong farmin partners in ROC and Origin, the largest acreage holding in the basin, $35m in the bank, a market cap of $64m, no debt and a steady income from 800bbl/day crude oil production out of the Ungani oilfield, a new oil discovery in Rafael 1 would likely put a further shot in its arm.

Any serious shows of natural hydrogen in the Canning would also add a completely new dimension to Buru that is hard to quantify at this stage. However with governments, public companies and even the likes of Twiggy Forrest bending over backwards to get into the hydrogen business, chances are it would create some additional excitement for Buru. 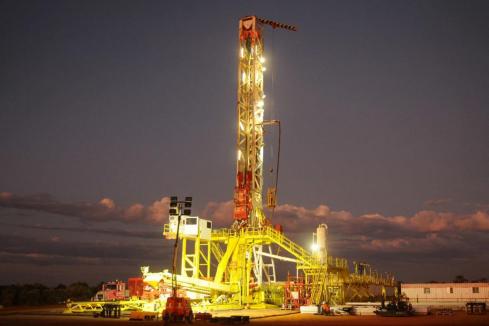 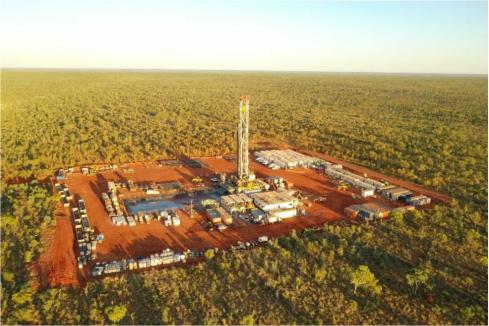 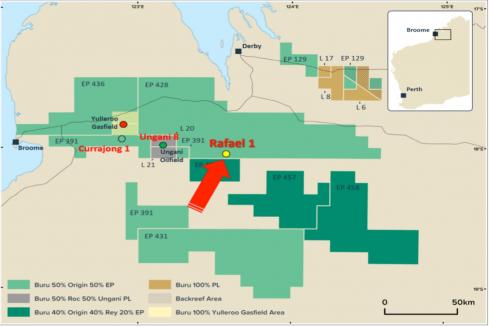