Building on 120 years of success 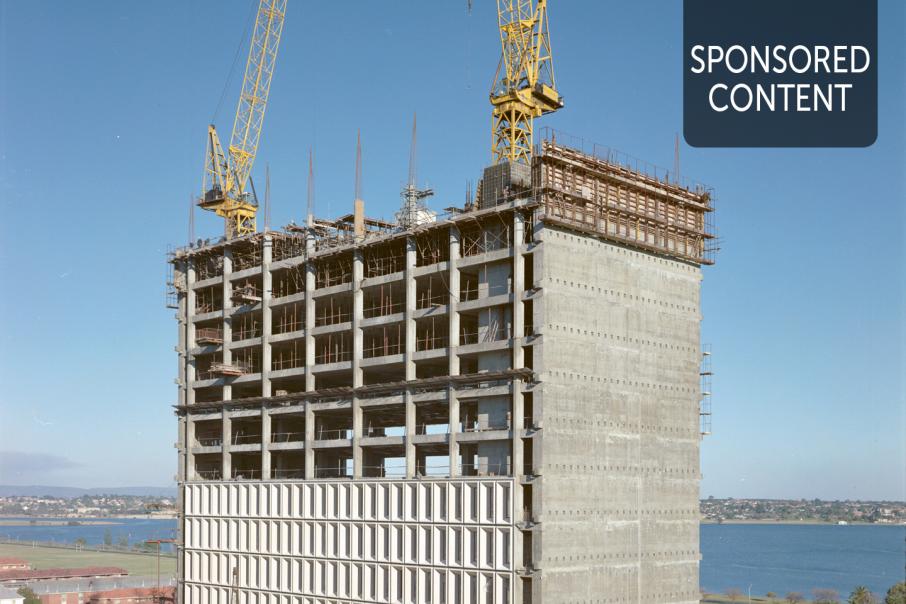 As Business News celebrates 25 years of presenting informed journalism in the ever-changing business and news media worlds, the Master Builders Association of WA also is celebrating – 120 years since its founding in 1898.

WA was still a colony when on March 28, 1898, a meeting at a Perth Hotel of 20 builders facing Federation, an inevitable Arbitration Act and the Labor Party’s rise, determined to form the Builders and Contractors’ Association.

The Association’s aim was to “unite and protect its members and the industry from the deleterious effects of change in the foreseeable future”. Its members already had been responsible for construction of much of the colony’s infrastructure and notable buildings.

Typical of WA’s building industry down the years, a high proportion of the Association’s first members were immigrants from overseas and the eastern colonies. The gold boom created enormous wealth and, though isolated, the local builders adopted progressive trends and technology.

World War I labour shortages and disruption to supply of imported materials saw Association numbers decline but by the early 1920s members again were to the forefront of the economy with an upturn in residential construction escalating into a housing boom and with larger commercial builders directly employing hundreds of workers.

While well-attuned to ‘boom and bust’ economics, nothing prepared the building industry for the 1930s Great Depression. Nevertheless, contemporary accounts of willingness to work long hours to earn an income and stay off the dole show the high value builders placed on their independence.

As the economy returned to normal later in the decade, Master Builders embraced higher industry professionalism, supporting the 1939 passing of the Builders’ Registration Act, the first such Australian legislation. By then, war was again causing labour and materials shortages. Residential building was in severe decline.

For commercial builders, opportunities mainly were limited to defence projects due to government restrictions on resources. By the mid-1940s, however, with the housing shortage at crisis point and immigration emerging as an exacerbating factor, Master Builders played a key role in resolving inevitable post-war bureaucratic entanglements.

By the early 1950s, housing was again booming and in 1956, faced with increasing membership and expanding requirements, Master Builders purchased premises in Havelock Street, West Perth. The site, close to parliament and government offices, was well chosen and, with the building of Construction House in the early 1970s, has become a lasting landmark for the Association.

Country builders accounted for about a fifth of Master Builders’ membership in the 1950s. In the 1960s, Master Builders took steps to foster the interests of non-meropolitan building businesses, setting up branches in the Great Southern, South West and Mid-West-North West. A Goldfields-Esperance branch followed and in more recent times, purpose built and renovated prem-ises have been opened in Albany, Bunbury and Geraldton. Much of the Association’s strength rests in its statewide reach with regional members now making up about 30 percent of the organisation.

Formed in the face of a changing employment landscape, Master Builders has always played a key role in workplace and indus-trial relations advocacy. In the modern era, it has supported constructive change such as the 1990s WA Code of Conduct and Building Industry Task Force, creation of the Construction Industry Long Service Leave Scheme, the WA Construction Industry Redundancy Fund (now Reddifund) and, following the Cole Royal Commission, the introduction in 2005 of the Federal Build-ing Industry Inspectorate, forerunner of the Australian Building and Construction Commission.

In 2003, Commissioner Cole described WA’s building sector industrial relations as the worst in the country. Master Builders championed a decentralised industrial rela-tions model, and a decade later, the sector was so stable, the 2014 Heydon Royal Com-mission felt it unnecessary to take evidence in WA.

Similarly, the Association sees safety and training as two of its key responsibilities. Master Builders pioneered group appren-tice training in WA in 1980 and for many years campaigned for the resource sector exemption from the state’s Construction Training Levy to be lifted. The levy exten-sively funds industry training. In 2012, there was some encouragement when the WA Nationals expressed support for Master Builders’ position. Finally this year, the McGowan Government has moved to drop the exemption.Master Builders continues to lead in lobbying for the red tape reduction and particularly for improvements aimed at an efficient planning and approvals system. The Association’s efforts have seen con-siderable progress including a statewide planning review by the Government. With a history of 120 years, and as the State’s leading building and construction organisation, Master Builders is a local institution. The Association congratulates Business News which, over a quarter of a century, has made its own considerable mark in WA.