Building buddies to call it a day

Reports of a new direction from Brookfield Multiplex may mean the end for one of Perth construction’s longest-running synergies. 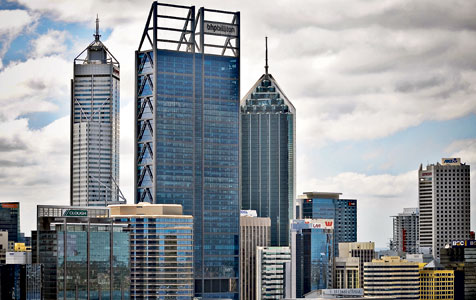 MONUMENTAL: Brookfield Place, the must recent building completed by the business that was Multiplex.

How the worm turns. Those readers with knowledge of the history of major Perth construction might have raised an eyebrow at reports that building giant Brookfield Multiplex had eschewed union involvement in its latest enterprise agreement negotiations.

That this firm has decided to remove the Construction, Forestry, Mining and Energy Union from direct involvement in its employee relationships may be the closing of a decades-long association, and the significant synergies that resulted in a great deal of success for both parties under previous guises.

During the heydays of Perth's 1980s property boom, the then privately owned and Perth-based Multiplex and the CFMEU's forerunner, the Builders Labourers Federation, worked hand in glove on pretty much every major construction site in or around the CBD.

If you wanted to build a building in the CBD you had little choice, so I have been told repeatedly over the years.

Just to reinforce the cosiness of this relationship, former local CFMEU Kevin Reynolds owned a suburban pub with a former Multiplex director.

As a result, the CFMEU's oft-used slogan 'We Built This City' is a relatively truthful statement (apologies to fans of US band Starship ... or should that be the other way around?).

Of course, a labour monopoly joining forces with a major builder meant there were plenty of losers. You can be sure plenty of developers were priced out of the market by this deal, which forced up the cost of building and dictated the timeline for construction. Ultimately, that meant office space supply was lower and rents were higher.

The biggest loser, for those with good memories, was Bob Williams.

His company, Interstruct, was bankrupted by union malevolence, which delayed the construction of the flagship QV1 project, pushing its completion out by years and ensuring Mr Williams missed the property boom that would have cemented his family business as a major local player.

I had a great chat with Mr Williams in 2012, 20 years after QV1 was completed, and I've put a link to the resulting story at the bottom of this piece.

In those corrupt times, unions were only part of the QV1 puzzle, but a major one.

"The unions were hell bent on sending us broke," Mr Williams recalled.

"That has always puzzled me; we were a large employer of men, we trained a lot of apprentices and building supervisors and foremen and project managers.

"It is the mentality of those people."

It ought to have been no surprise that no major building work was undertaken in Perth for about a decade. Perhaps that is where I struggle to understand union mentality; that it is worth driving prices so high that your own membership suffers from the results.

Then again, all monopolists are prone to this. Look at the pastoralists who sought to control the wool market. They paid a hefty price.

Although the purchase is small compared with the sort of deals Wesfarmers can do, there is a lot of sense in making incremental add-ons to be handled by separate divisions that can take responsibility.

Wesfarmers Industrial and Safety, a division that rarely attracts much publicity for Wesfarmers, will absorb the clothing brands that are rusted on Australiana of the highest order, and more than ever synonymous with the 'working man'.

While a few decades again the average bloke probably bought some of this gear for casual wear as much as for work, that is unlikely in 21st century, so aligning the brands with industrial and safety products and services makes plenty of sense.

There is also the possibility of some synergy with Wesfarmers' retail businesses.

I am not sure how much of the kit wholesaled by Wesfarmers' Blackwoods subsidiary makes it into Bunnings stores already – presumably the autonomous businesses still have to come up with a good deal for each other – but you can imagine some of these clothes lines being available in a hardware store.

Wesfarmers, via any of its subsidiaries, owns too many brands to mention, but it is not easy to find anything that resembles a product like King Gee overalls, a consumer name that would typically be sold in any retail outlet.

Obviously it has its Coles home-branded grocery items; that is old news. If you look hard enough, however, there are obscure consumer brands that have little obvious direct connection with Wesfarmers' big divisional brands.

One I dug out was Steamrail, a beer label owned by Coles' retail subsidiary Liquorland. Its trademark application history is barely two years old, suggesting it is part of a new phase for the business.

Does this mean Wesfarmers is vertically integrating, taking advantage of its huge retail reach – both in terms of geographic outlets and powerful shopping brands – to venture further up the food chain?

To date, Wesfarmers retail divisions have made more news for being tough on suppliers to get the best deal. Apart from home brand items, which are typically produced by a third party as a white label product, it hasn't to my knowledge gone into owning its own supply base.