Building a case for timber 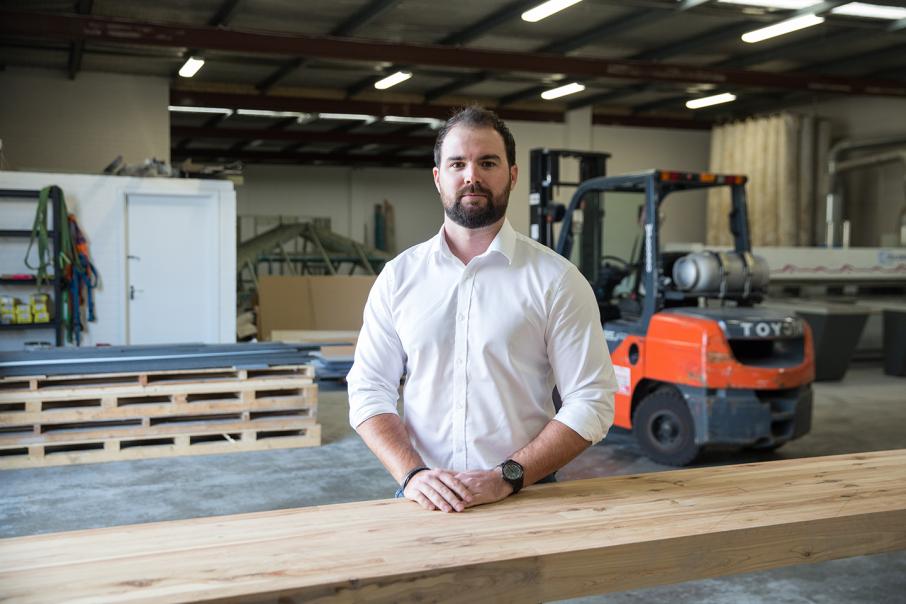 Brick and concrete have long been the materials of choice for residential and commercial construction projects in Western Australia.

But advancements in the use of lightweight materials, and greater access to and affordability of building processes associated with their use, are making converts of some players in the WA property sector.

Faster construction, a reduced requirement for on-site labour, smaller wastage of supplies, and lower noise emissions during builds are some of the advantages demonstrated with lightweight materials, such as prefabricated products, structural insulated panels, polystyrene blocks, and timber.

As the state’s population grows and housing affordability remains a hot-button issue, developers and builders are starting to recognise the need to consider alternative materials, with those already on board aware of the role information, training and education can play.

And that’s what Ian Meachem has been doing at consultancy Timber Insight for the past five years.

“Timber Insight is there to help educate the market and building professionals in WA around lightweight and prefabricated timber systems,” Mr Meachem told Business News.

“In every market there are early adopters, people driven by innovation … and then there are people where their key strategy is to sit back and watch what works, and then move forward.

“Once we see more (lightweight) projects in Perth I think that will also help people take note that this can offer great opportunities for them.”

Timber Insight started out consulting with architects and developers on different timber prefabrication systems, and now hosts seminars throughout the year as well as the annual Built Evolution Conference, which is focused around mid and high-rise timber construction.

“Timber Insight has positioned those companies at the forefront of a developing market; we can take advantage of the market as it comes to fruition in terms of more projects hitting the ground,” Mr Meachem said.

“We’re able to engineer, shop draw, procure, install and certify it under one umbrella, which takes a lot of the risk out of the delivery of a new construction system.” 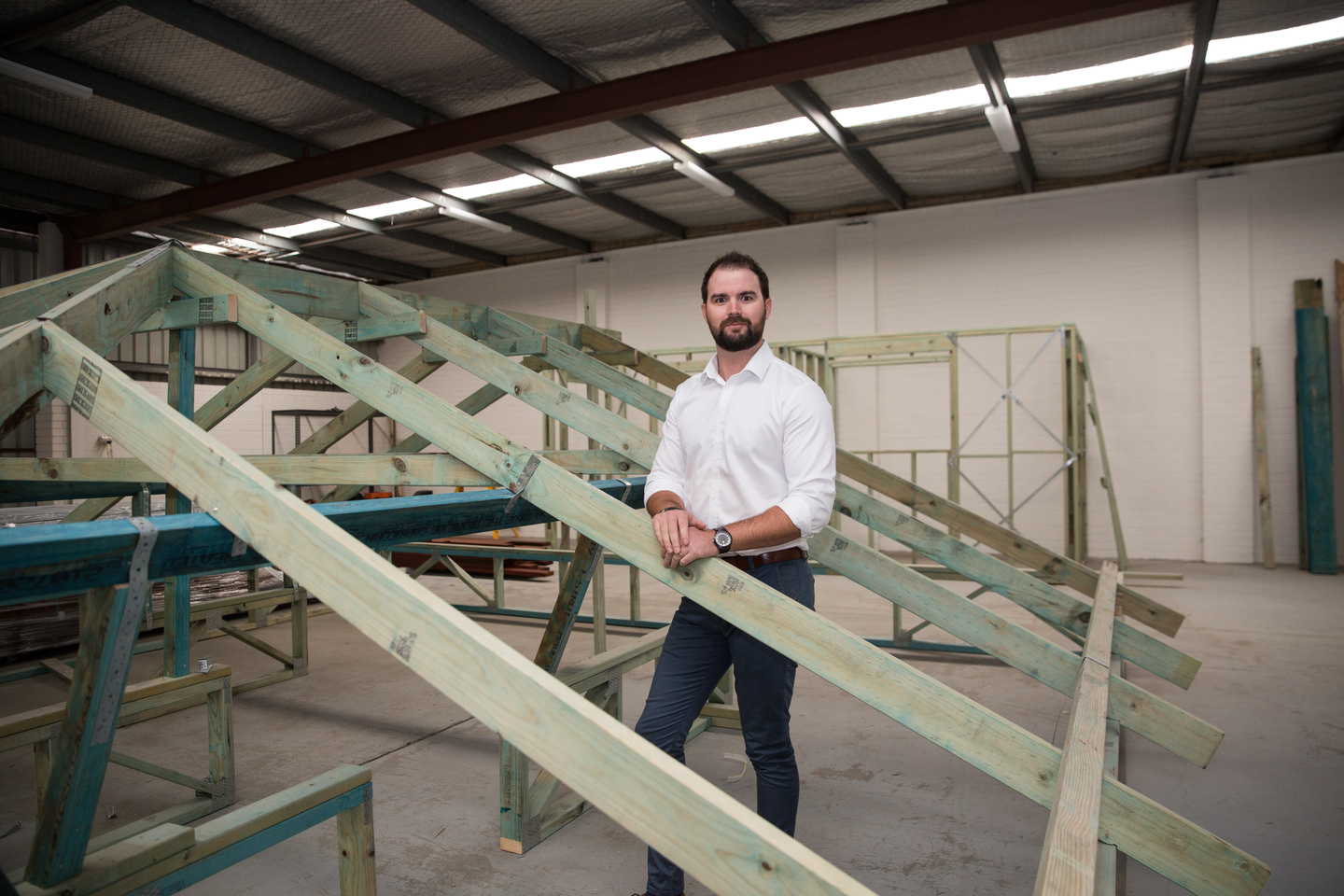 Beyond truss and frame applications used widely in the residential market, such as the laminated veneer lumber products manufactured by Perth company Wesbeam, Mr Meachem said recent advancements in the capabilities of cross-laminated timber (CLT), a wood panel product, had really boosted the potential for larger timber buildings.

“Mass timber really opens up the opportunity for timber buildings to be built larger and in commercial circumstances where you’ve got higher loadings that are required,” he said.

“Over the past five years I’ve met with developers looking at utilising CLT on apartment projects in Perth; it comes down to the financial risk of doing what we know versus doing something new.

“The key to this becoming prominent in the market is that the system is cost comparable, if not financially beneficial, and reduces construction duration.

“As the market adopts the system and volumes increase, the pricing will continue to come down, so as we move out of a niche market into more volume it’ll become more financially beneficial.”

The take-up of timber in high-rise construction in other countries has increased steadily in recent years, as highlighted at Timber Insight’s 2018 Built Evolution Conference held at Crown last month.

In undertaking its own projects, Eurban has found that the construction time for a solid timber structure was typically 25-40 per cent less than that of a concrete frame structure, due to the ability to undertake subsequent trades concurrently, with six installers on average needed on site, also helping to lower overall project costs.

These builds are also typically 75 per cent lighter than traditional reinforced concrete structures due to the high strength-to-weight ratio of timber, resulting in a 30 per cent reduction in overall building weight and a similar reduction in the cost and carbon impact of the support structure and foundations.

In Australia, Lendlease has been a leader in this space, with its nine-storey timber office tower 25 King in Brisbane currently under way; it is the company’s fifth engineered timber building in the country.

Made from prefabricated modules that are pre-assembled at ground level and then lifted into place, 25 King will reach 45 metres in height when completed in late 2018.

Locally, Australian Development Capital (ADC) has proposed a 10-storey, 126-room all-timber hotel in Northbridge, the first all-timber building of its kind and scale in WA.

The Leadlight Hotel will link to the heritage-listed building on the corner of Newcastle and Beaufort streets, which will undergo restoration works as part of the development. 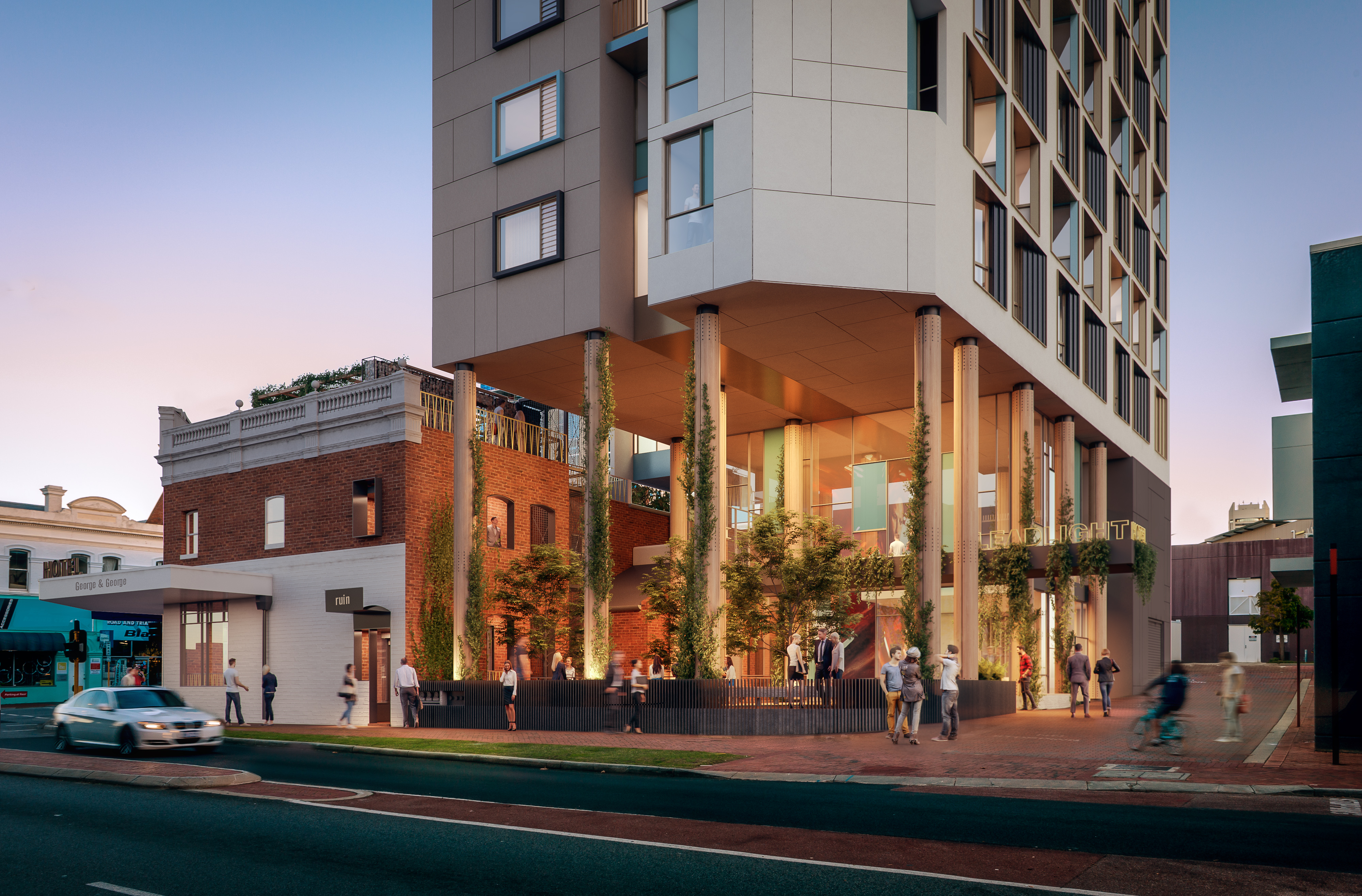 Designed by Klopper and Davis Architects, ADC received approval from the Metropolitan Redevelopment Authority last year but has since opted for a redesign to incorporate more timber.

The Leadlight Hotel will be made from a mix of cross-laminated timber and laminated veneer lumber, sourced from sustainably farmed timber and fabricated locally, targeting a five-star green-star rating.

Hera Engineering managing director Matteo Tirapelle, a 2018 40under40 winner, worked with ADC during the development application process, and suggested the use of lightweight material due to the location.

The site is directly above the Graham Farmer Freeway tunnel and has strict load limits, usually allowing a maximum height of three storeys when considering traditional materials like concrete.

Among these concerns was the fire risk, he said, adding that the threat to timber buildings was actually easy to predict and, like a log fire, timber was a slow burn. 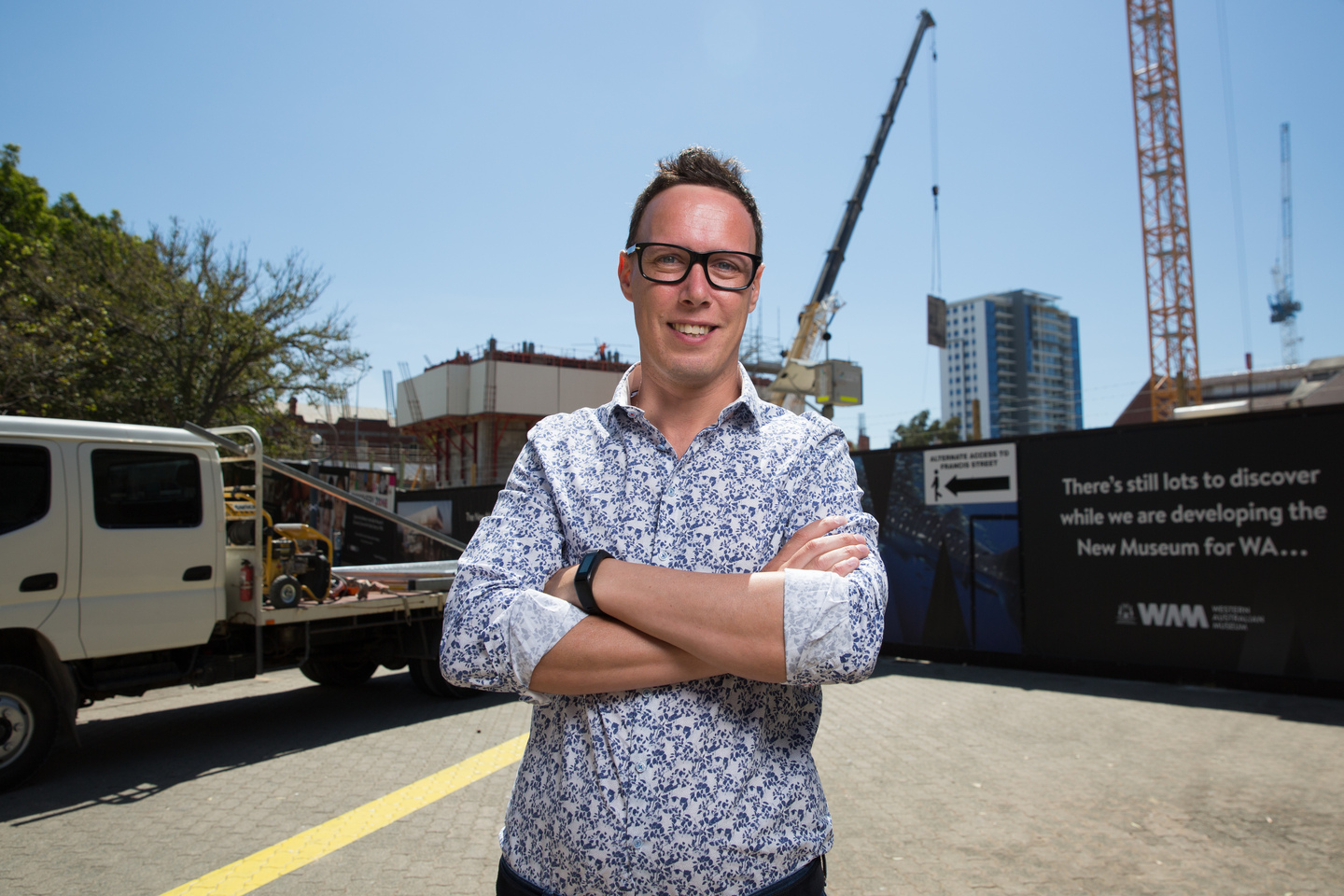 Matteo Tirapelle has been an advovate for the use of timber. Photo: Attila Csaszar

Deforestation was another concern, but Mr Tirapelle said timber could be harvested through sustainably managed forests and recycled if the building was torn down, making it one of the best renewable materials around.

On an environmental level, Mr Tirapelle said the production process for a steel beam created 10 times the amount of CO2 as that for a comparable timber beam.

“Last century it was steel and concrete, this will be the century of timber; it won’t dominate but it will have a big stake in the market,” Mr Tirapelle told UDIA breakfast.

Mirvac has also explored alternative lightweight building products in the residential market, using structural insulated panels and recycled hardwood panelling for a display home at its Osprey Estate in Mandurah.

Cedar Woods state manager Ben Rosser, who was on the UDIA’s event panel, said as the state’s urban footprint continued to expand, greenfield sites were encountering new soil types, which raised questions about the suitability of various materials.

Historically, most blocks delivered in WA have been A-class lots, mostly sand and rock with little to no ground movement, well suited for brick. However, as projects have expanded through the eastern corridor, developments are encountering more clay – similar to soil on the east coast, where a lot of lightweight construction takes place.

“Builders and land developers together need to provide an opportunity for lightweight to be considered in the buying decision,” Mr Rosser said.

“There will always be a place for brick, and if you’ve got more stable soils then brick is very efficient.”

Brickworks general manager of innovation and building systems Cathy Inglis, also a panellist at the UDIA event, said it came down to choosing the right materials for each specific site.

“Brick has played a very important part in the construction of Perth over time; it’s still going to have a place in the future,” she said.

“All building materials will be selected for the appropriate buildings.

“As we change the types of forms we build there will be different materials used and selected for the right reasons.”