The federal budget includes $1.6 billion in tax relief to small businesses, encouraging investment in technology and training, but some opportunities were missed. 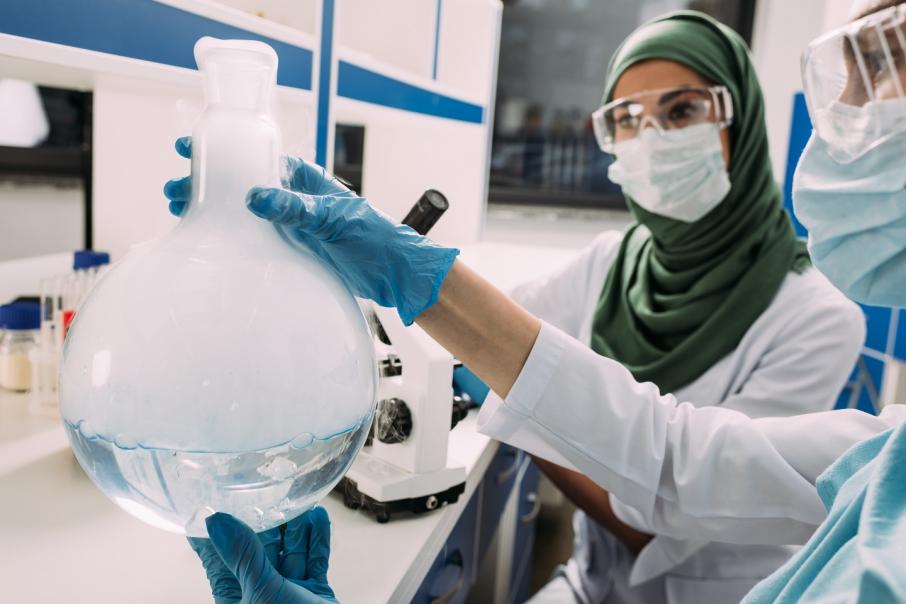 The budget included $42.4 million for university scholarships to grow the number of women in STEM. Photo: Stockphoto

Small businesses received several sweeteners in last month’s federal budget, among them the Technology Investment Boost and the Skills and Training Boost, which came into effect on March 29 and will run until June 30 2024.

More than 3.6 million small businesses (with less than $50 million annual turnover) will stand to benefit from the 120 per cent tax concession, up to a maximum annual spend of $100,000.

“From tonight, every hundred dollars these small businesses spend on digital technologies like cloud computing, e-invoicing, cybersecurity and web design will see them get a $120 tax deduction,” Treasurer Josh Frydenberg said in his budget speech.

The Technology Investment Boost can be used for expenditure on items such as subscriptions to cloud-based services or for depreciating assets such as portable payment devices.

The government hopes this will enable businesses to invest in their digital capabilities and provide them greater opportunity for growth.

On top of this, the $550 million Skills and Training Boost will enable close to 8 million Australian small business employees to undertake external training courses, with another 120 per cent tax deduction on offer.

The training can be delivered in person in Australia, or online by registered training providers in Australia.

Aside from the tech lift for small businesses there were other movements relevant to the tech and startup community, both good and not so good.

Unlisted companies will now be able to issue up to $30,000 worth of shares annually to an employee (raised from a previously $5,000 cap) and will be accruable for unexercised options for up to five years.

One major criticism of Employee Share Schemes in Australia still remains, however, as employees of an unlisted company that doesn’t qualify for the startup concession may still be taxed on their shares or options before they can actually liquidate the stock (e.g. from an IPO).

Over the next decade, nearly $9.9 billion will be invested in a program called REDSPICE (Resilience, Effects, Defence, Space, Intelligence, Cyber and Enablers).

The largest slice of that pie will go into the Australian Signals Directorate, doubling its headcount and subsequently creating 1,900 new jobs in areas such as data analysis, artificial intelligence, computer programming and software engineering.

“This is the biggest-ever investment in Australia’s cyber preparedness,” Mr Frydenburg said.

In 2021, the government announced the introduction of a patent box for biotech and medtech innovations starting on or after July 1 2022, offering a concessional tax rate of 17 per cent, rather than the standard 25-30 per cent corporate tax rate, for profits derived from intellectual property.

The government’s objective is to encourage companies to run their R&D operations, commercialise innovations and retain profits within the country.

Such schemes are already active in the UK, Singapore and many European countries.

While the program is yet to pass parliament, it is set to apply to patents granted by IP Australia and will expand to include patents issues in the US and Europe.

The space sector received a bit of a rocket in this year’s budget with a $1.3 billion injection.

This will largely be used to create a National Space Mission for Earth Observation, under which Australia will design, build, and operate four new satellites.

Science and Technology Minister Melissa Price said this was the most significant investment ever made in Australia’s civil space sector, setting up industry for future success.

“The information we get from Earth observation satellites is central to our everyday life – from forecasting the weather and responding to natural disasters through to managing the environment and supporting our farmers,” she said.

Other notable inclusions in the budget are:

• $505.2 million for an accelerator backing the commercialisation of university research;

• $37.4 million over four years for CSIRO Research Translation Start, which aims to turn scientists into entrepreneurs;

• $42.4 million for 500 university scholarships, co-funded with industry, to grow the number of women in STEM;

• Upwards of $450 million for CSIRO to ensure the continuation of critical scientific research; and

• More than $387 million in funding to meet Australia’s commitments as co-host of the Square Kilometre Array radio telescope.

Chloe Constantinides is a consultant, adviser, and founder of multiple startups. She works in marketing, technology, and strategy. A 2018 40under40 winner, she also featured on SmartCompany’s 2018 Smart 30 Under 30 list