BubDesk a win-win-win for flexibility 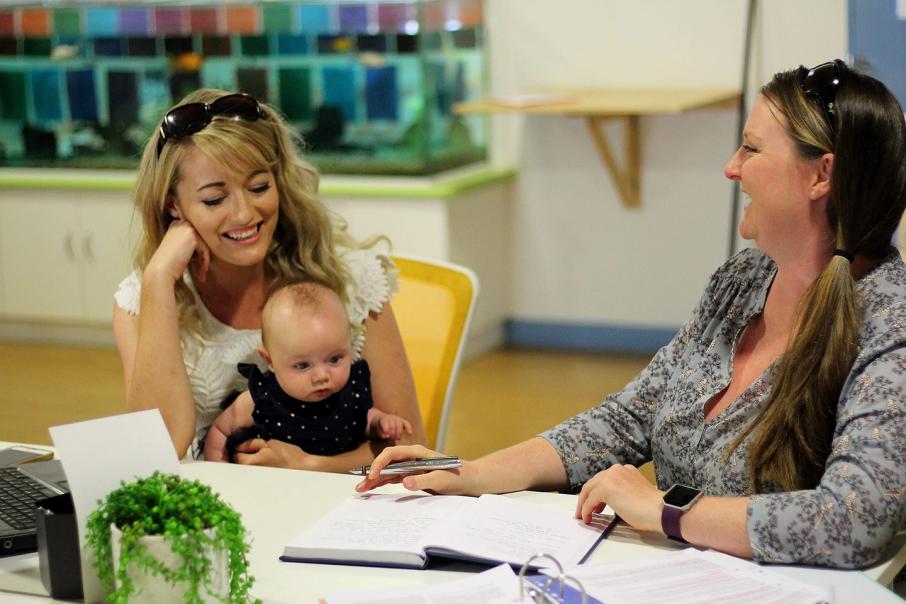 We’re told the future of work will enable flexibility and celebrate diversity, but how will we actually get there?

Meg Burrage is one of the innovators enabling this shift. The founder of BubDesk, Ms Burrage is providing the flexibility workers increasingly expect, especially millennials and individuals with young children.

Based in Western Australia, BubDesk provides co-working style office space with built-in childcare. The model helps new parents get back to work while still spending time with their babies.

A 2015 report by US software company Citrix found that 70 per cent of Australians surveyed would switch jobs if the new position offered more flexible hours. Despite these numbers, some corporates are still slow to catch up.

“A lot of corporates say they are pro flexibility, but really they’re not,” Ms Burrage said. “They don’t really want staff working from home.”

This is especially true for young families, with employers question how much work can realistically be done while an employee is also caring for small children.

BubDesk partners with existing childcare centres to turn their underused space into offices for parents to work with their children nearby.

The result is that parents can get work done while still being able to duck in and spend time with their children throughout the day. Employers know that their employees working from these spaces are actually supported in their productivity.

To date, BubDesk is available in six centres around WA, with the most recent addition the YMCA in Mandurah.

BubDesk launched more traditional co-working space in 2016, with a 320 square metre space in Northbridge. The concept was similar to Spacecubed, but with a creche. While parents loved the concept, they had different needs than regular co-working space users.

Ms Burrage found that they parents really wanted a space close to home, with parking, and actually didn’t want to come into the city.

“It really had to be a suburban model, but we couldn’t rent space all over the city,” she said.

BubDesk is evolving towards being more of a platform model, almost like an Airbnb for mini-co-working spaces with built-in childcare. Like Airbnb, BubDesk ensures that minimum requirements like coffee and fast WiFi are being offered to clients.

Ms Burrage said the driving force between her decision to found BubDesk was that she didn’t want women to feel that career or business success or family needed to be a choice.

Even though BubDesk is aimed at all parents, its clients are overwhelmingly female.

Even though it is 2018, gender imbalance probably won’t come as a surprise.

A recent report by the Australian Bureau of Statistics found that women spend twice as much time on childcare and chores than men. It also found that 95 per cent of non-public sector workers who took childcare leave were women.

While it doesn’t provide an immediate solution for this gap, BubDesk does act as a vehicle for change by normalising childcare through its inclusion in the world of work. It also provides an easier way for men to be more involved in childcare while still continuing to work.

Synergy recently included BubDesk in its diversity strategy and has made it available to employees. It has already helped one Synergy staff member successfully transition back into work.

BubDesk not only allows employers to do the right thing in supporting diversity, its also good for their bottom line.

Indeed, there is a large body of research to suggest that diverse teams create better products and services, understand customers better, and are generally more innovative.

Opaque Space is a Melbourne-based VR development company that has grown rapidly in the past year. It is now doing cutting edge work with NASA and Boeing, as well as winning multiple international awards. As Opaque CEO Emre Deniz told Business News the company’s success was testament to the power of diversity.

He said the key to Opaque’s rapid growth was its diverse workforce – because his team could tackle problems from a number of diverse perspectives, it was able to innovate more quickly and engage in rapid problem solving.

And supporting diversity in the tech industry is especially important, especially for fostering innovation.

According to the Australian Computer Society’s 2016 Digital Pulse, only 28 per cent of those working in information and communication technologies were women.