Former deputy prime minister Julie Bishop has urged Australia to act as a voice of moderation on international trade, criticising the US for exacerbating threats to the rules-based world order. 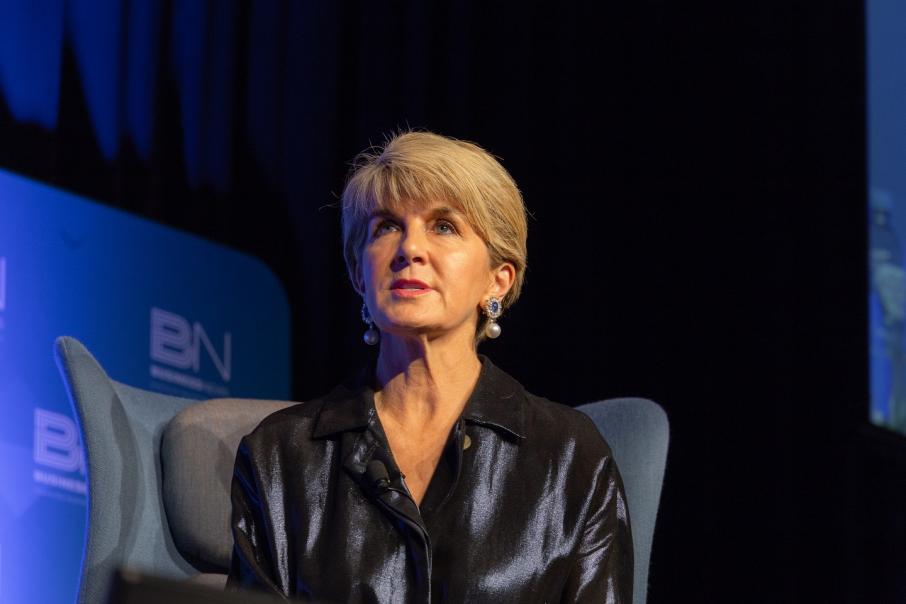 Former deputy prime minister Julie Bishop has urged Australia to act as a voice of moderation on international trade, criticising the US for exacerbating threats to the rules-based world order.

Ms Bishop, who served as deputy prime minister between 2013 and 2018 and retired as the member for Curtin at the most recent federal election, appeared this afternoon at the Crestone Wealth Management Symposium, delivering a wide-ranging address on geopolitics, international relations and Australia’s economic prospects.

While she noted tensions between the US and Iran as well as the recent decision to pull support for the Syrian Kurds as weighing on global confidence, Ms Bishop focused most of her comments on the US’s ongoing trade tensions with China.

Noting that tensions between the US and China were long standing, she lamented that China’s political institutions had remained stubbornly autocratic, even as its economy had increasingly liberalised.

“There was early evidence that the Chinese people wanted freedom, and many of them embraced the pro-democracy movement that was sweeping through China in the late 1980s,” Ms Bishop said.

“It became quite evident that China would not be going down a path the globe expected.

“We’re not talking about a political and economic model we’ve seen before.”

Though both President George W. Bush and President Obama had confronted imbalances in the US-China trade relationship to varying degrees of effectiveness, Ms Bishop said the US under President Trump had exacerbated issues by pulling back from international institutes such as the WTO and the UN, as well as abandoning the Trans-Pacific Partnership.

“That framework of treaties, and conventions, and institutions underpinned by international law, instigated by the US in the aftermath of WWII to create order out of chaos, is a network and framework that determines how countries behave,” she said.

“Australia has been a huge beneficiary of the international rules-based order.

“We know how to play the game, and our economic growth and our standard of living depends on our ability to export, so we want to see the US and China abide by the rules.”

Ms Bishop did not express confidence in the US’s attitudes soon changing, noting that both Mr Trump and his domestic political rivals were vying to appear tough on China ahead of the US presidential election next year.

“We are not yet seeing a comprehensive free trade agreement between China and the US, and I question whether we’ll see one this side of the 2020 presidential election,” she said.

“Australia is in the rather extraordinary position where, for the first time in history, our largest trade partner is not also our largest strategic and defense partner.

“To add to the complexity, our largest trading partner, China, is actually in economic conflict with our largest strategic, defense and investment partner, the US.”

Instead, Ms Bishop argued that Australia had a duty to act as a voice of moderation in global affairs, allying with the likes of Canada, Japan and South Korea and committing to liberalised trade and political systems.

“We can do it in the face of US resistance.”