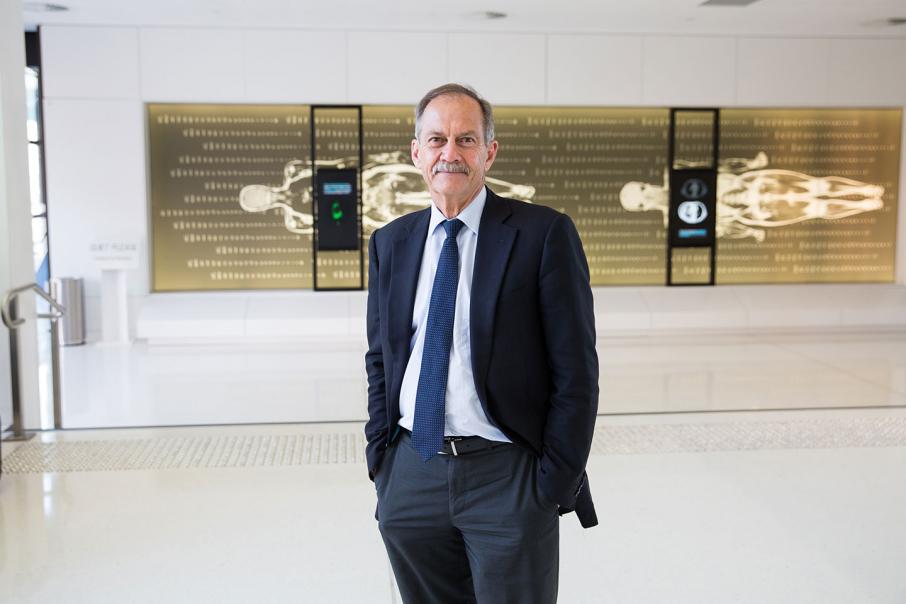 Peter Klinken says that, like artists, scientists and mathematicians need to be creative. Photo: Attila Csaszar

Graduating from the University of Western Australia with first-class honours in biochemistry, Professor Klinken spent many years researching the genetic links to certain types of cancer, in the US and Melbourne, and later at Royal Perth Hospital.

In 1993, the year Business News was launched, Professor Klinken returned to his educational roots and was a senior lecturer in biochemistry at UWA. Now as chief scientist, he is a champion for innovation and the uptake of science, technology, engineering and mathematics (Stem) in schools

Professor Klinken has a contagious enthusiasm for Stem, which is reflected in his role as chair of the state government’s Stem Advisory Panel.

He said while Stem was important to make sure WA was competitive, there was a lot more to it.

“Stem for me revolves around what I call the core competencies, which are the ability to identify a problem or to identify a great opportunity, and then to do the critical evaluation, the critical thinking, the creative thinking,” Professor Klinken said.

“The creative thinking is not just something the arts do, it’s something that scientists do and mathematicians do. You need to be creative to come up with new ideas and new solutions.”

The future is diverse

The value Professor Klinken sees in connecting the arts and science is also reflective of his stance on the importance of diversity in innovative thinking.

“If you have group think, you’re very narrow in your thinking and that’s a really unimaginative way to go forward,” he said.

Professor Klinken said while society often thought of diversity from a gender perspective, it was important to see it from an indigenous point of view.

“They [Aboriginal Australians] have 65,000 years of experience and knowledge of living in this incredible place that we call Australia, that we call home. And they can teach us so much,” he said.

“They were the great hydrologists, they understood the water. They have a very sophisticated method for agriculture and aquaculture. They really understood this place and lived here for the longest time in harmony with nature.”

In this vein, Professor Klinken said the next 25 years held bright potential for WA in terms of how this knowledge combined with the ‘natural strength’ of the state’s incredible biodiversity.

“We could be looking for new antibiotics, new anti-cancer agents in our plants, bugs, and slugs, and all those sorts of things that we’ve got that no-one else in the world has,” he said

“The world is screaming out for these molecules and we haven’t really tapped in to them; it could link in really nicely with indigenous knowledge [about the medicinal properties of particular plants or roots].”

Lessons from the past

Perhaps the most unique and inspiring insight Professor Klinken offered was the importance of looking back at how bold and scrappy WA was just 50 years ago, when its resources were just starting to be discovered – a time when even Woodside Petroleum was in its infancy.

“They really went for it and we are the beneficiaries of that,” Professor Klinken said.

This was such an inspiring reminder of the massive, new things we can create, he said – we’ve done it before, and we can do it again.

“We really need to be bold.” he said.

“This is a very important moment. Not to be timid, not to be complacent and let’s go forward with enthusiasm and excitement.”