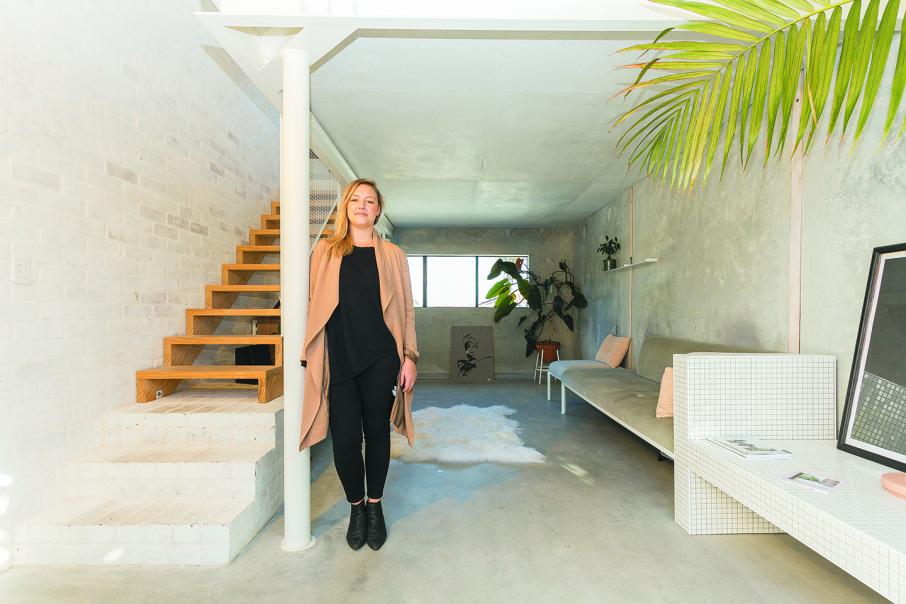 Four years ago, Kate Fitzgerald set out to prove that the perfect home was not to be defined by size but rather by good design.

Founder of boutique architecture studio Whispering Smith, Ms Fitzgerald moved to Western Australia from Victoria in early 2014, armed with a few years of practical experience and a passion for environmental design.

“I had seen in the eastern states how things were moving towards better, more sustainable housing, with smaller footprints,” Ms Fitzgerald told Business News.

“Coming to Perth, being a young woman at the beginning of her career, it was hard to convince clients.

“I thought if the people of Perth are going to start embracing a more minimal and sustainable approach towards designing and building, they’re going to have to see it first.

“So that’s why I decided to do House A, it’s a prototype for an apartment/house hybrid.”

House A is the first in a series of projects Ms Fitzgerald has planned for a 875 square metre block in Scarborough, which has been subdivided into three lots.

House A is a single-bedroom dwelling, situated on 175sqm of land with a total living area of about 70sqm atop a garage; the dwelling has been positioned on site in line with passive solar and ventilation design principles, resulting in minimal heating and cooling electricity costs. 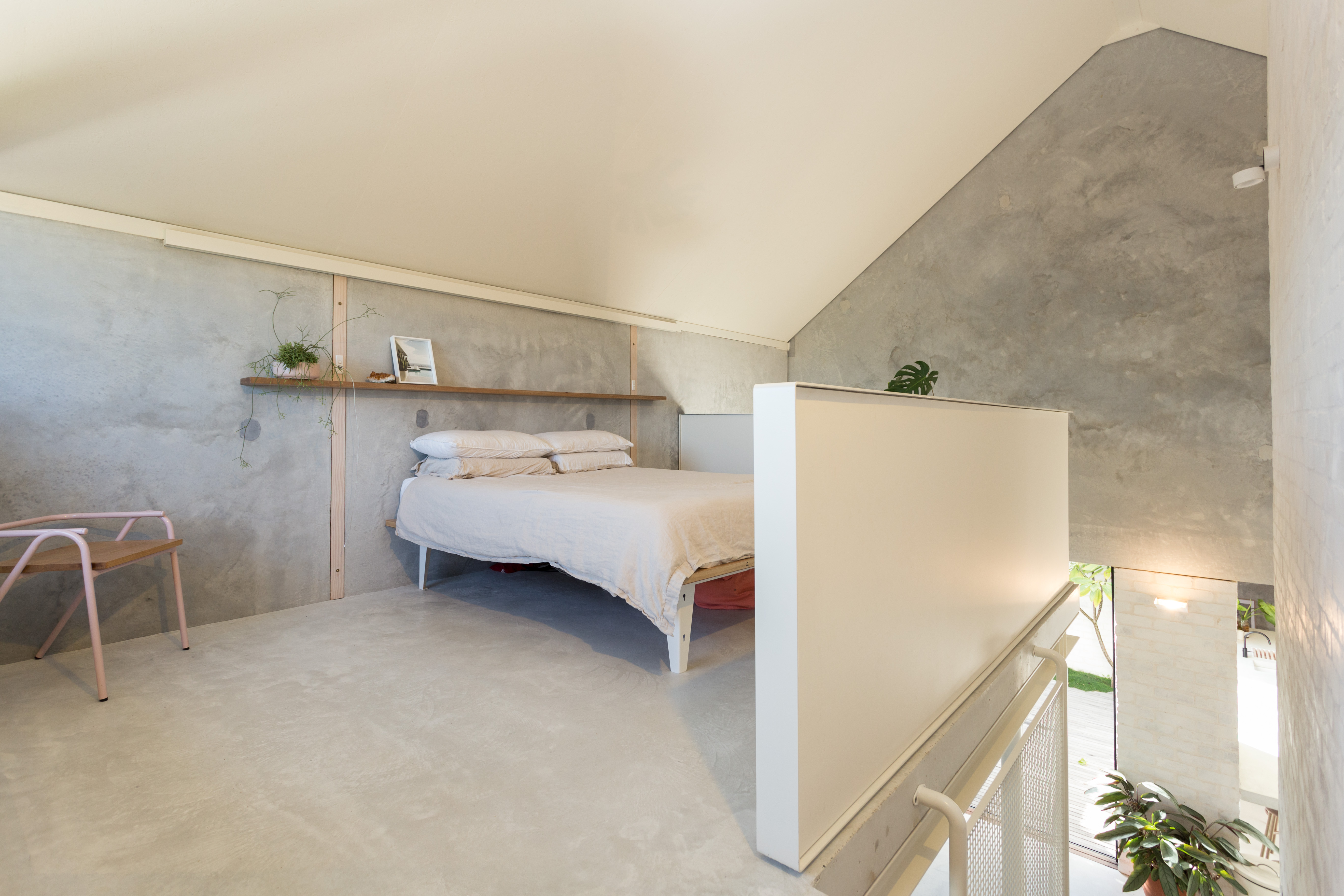 Other initiatives to promote sustainability are the use of recycled bricks, exterior protection with Bauwerk natural lime paint, the installation of a rainwater tank, and solar panels soon to come.

The structure’s minimal finishes is another environmentally friendly feature, with exposed concrete and timber without plastic laminate or other petroleum-based coatings.

House A was completed in late 2017, but not without its challenges. Due to a range of issues, which Ms Fitzgerald said included the state’s outdated planning system, it took several years for the project to secure development approval.

Ms Fitzgerald now lives in House A, with work on House B under way – a mix of a renovation and addition to the site’s original 1950s house.

House B will be put up for sale once complete, with House C on the drawing board and the land already sold to a family.

“You’ve got a micro-lot house, a renovation and extension of an existing house and a brand new family home – all with the Whispering Smith ethos – sustainable and environmentally friendly.

“Arguably, you can design a great space on a postage stamp, if you’re a good designer.” 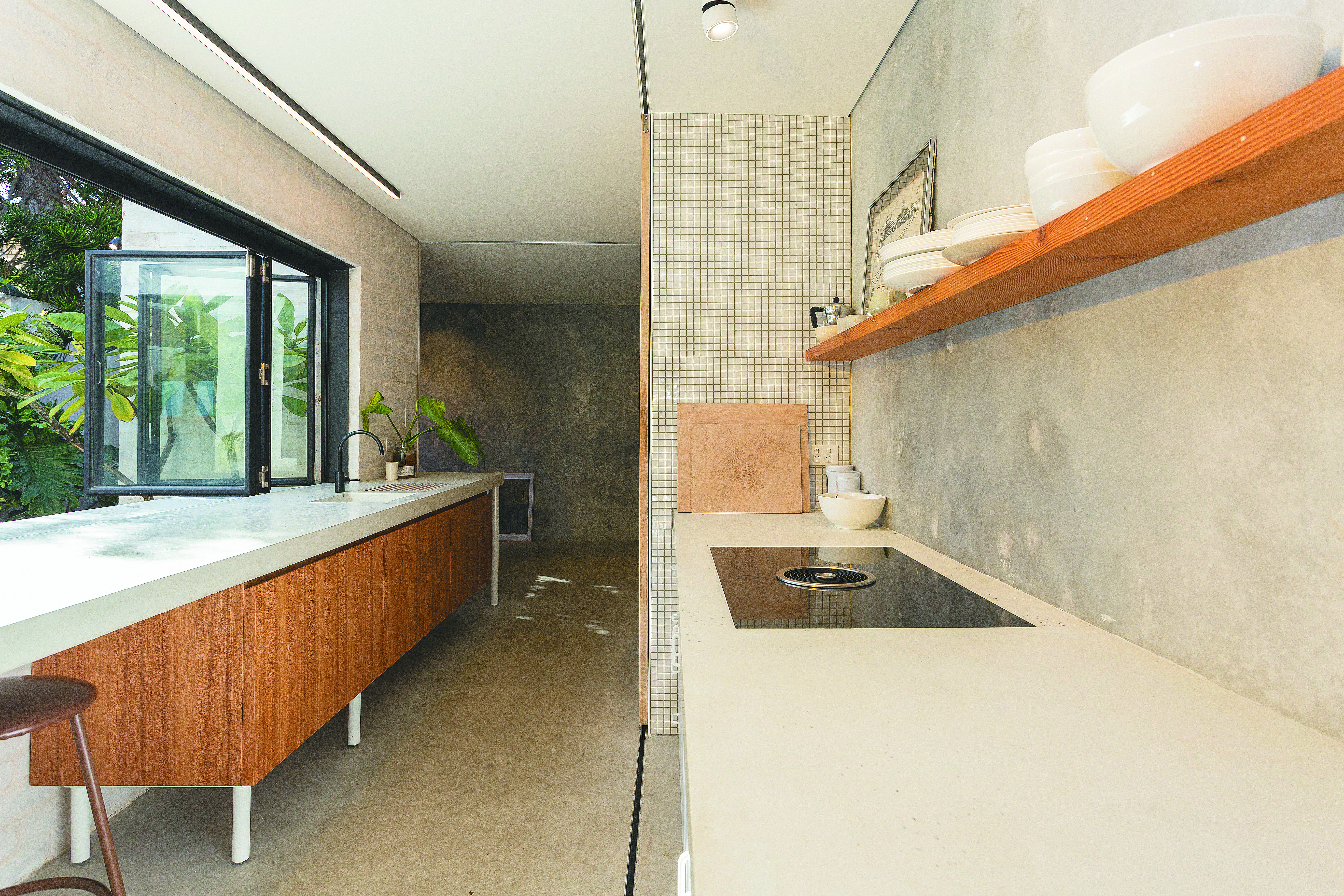 House A has been recognised for its design qualities, winning a prize in the Small Project Architecture category at last month’s Australian Institute of Architects’ 2018 WA Architecture Awards.

As a result, Whispering Smith is now in the process of packaging its best residential design ideas for a new architecture-driven project-home company called New Resident.