Interest is growing in Kwinana as a possible battery manufacturing hub, with Wesfarmers mooted to be considering a move into the sector and representatives from US electric car manufacturer Tesla in Perth to meet with Premier Mark McGowan today. 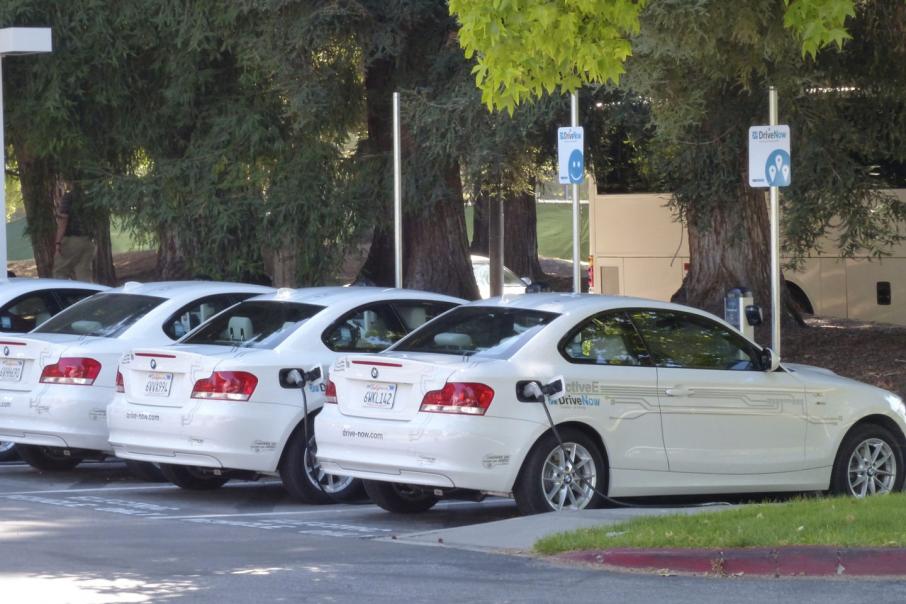 Electric vehicle sales are expected to increase to be around 25 million cars per year by 2025.

Interest is growing in Kwinana as a possible battery manufacturing hub, with Wesfarmers mooted to be considering a move into the sector and representatives from US electric car manufacturer Tesla in Perth to meet with Premier Mark McGowan today.

And a report to be released tomorrow suggests WA has work to do in a very short window of time if the state is to capture a downstream share of the growing global battery making market.

Business News believes Wesfarmers is one of three companies considering building a battery manufacturing plant in Perth’s south, with one unnamed South Korean business also running the ruler over a potential facility.

Perth-based Wesfarmers has existing operations in Kwinana, including the CSBP fertiliser plant and Kleenheat LPG.

Business News approached Wesfarmers for comment, but the company did not confirm or deny the rumours.

Kwinana is already likely to be home to two lithium processing plants, with Tianqi Lithium building a 48,000 tonne per annum facility and a Kidman Resources-led joint venture considering a similar plant nearby.

The rumoured interest in battery making, a step further downstream, is in very early stages, but plans are expected to be locked in quickly as an ongoing shift towards electric vehicles gathers pace and supports a big increase in demand for batteries.

Tomorrow, Regional Development Australia will release the first stage of the Lithium Valley report, which sets out a series of recommendations for the state and federal governments to move WA into pole position to win downstream battery processing investment.

The state has access to all the necessary natural resources, political stability and improving competitiveness thanks to automation.

But more work will be needed.

Simplifying project approvals, changing the GST treatment of royalties, clear branding and a New Energy Industry Cooperative Research Centre are all on the list.

Another move would be to have a domestic reservation system for energy metals production, similar to the system in place for gas.

“It is recommended that a domestic reservation scheme be established, based on market valuations, to ensure security of supply for local production and businesses,” the report said.

“Lithium, rare earths and other resources could be subject to domestic reservation policies (similar to gas) in order to develop and support local business.

“Although a portion of the income from the resource is foregone the additional value adding from local processing increases the gross return on the original resource.”

Careful thinking about royalties was another key issue.

The system of GST distribution, which increases the sales tax revenue received by other states to compensate for WA’s high mining royalty revenue discourages value adding in the minerals business, the report said.

A further change to royalties would be to replace the existing flat rate royalty system with dynamic royalties which incentivise processing and disincentivise direct export of raw materials, the report said.

Changes to the project approvals process would be very important, the report said.

“A common theme from interviews with industry was that companies arriving in WA the first time are unprepared for differences in local regulations, environmental protection approaches, heritages reviews and the approvals process,” it said.

“A Strategic Environmental Assessment (SEA) is the legal process that can (streamline the process) in WA.

“The environmental approvals process covers all areas of potential impact and an SEA is something that is done over a wider area covering a series of potential projects rather than just one project at a time which is not efficient and is highly costly.

“It is therefore recommended that bilateral approvals between state and federal governments be implemented through an SEA for these strategic Lithium Valley projects.

“As part of the Strategic Environmental Assessment process it is recommended that the state government completes a checklist or map of all approvals for all industrial parks so that a ‘plug and play’ environment exists.

“This good management practice will speed up companies locating to all industrial parks but in particular the ones associated with Lithium Valley.”

Aside from manufacturing batteries, WA has a further potential industry in recycling, or e-waste, the report said.

The report calls for a harmonised national recycling approach, with Geraldton touted as a location for the plant.

"The recent blocking of waste exports to China has exposed a lack of maturity in Australian waste treatment and recycling," the report said.

"E-waste in particular can be considered a resource for manufacturing into raw materials either for domestic usage or export.

"There are also likely to be synergies with new technology manufacturing and energy metals processing."