Aspiring gold developer Barton Gold has started the ball rolling on evaluating its unexploited 558,000-ounce Tunkillia gold project in the Gawler Craton region in South Australia. The company is looking to formulate a future development plan beyond an early production pathway at its historic Tarcoola gold mine. 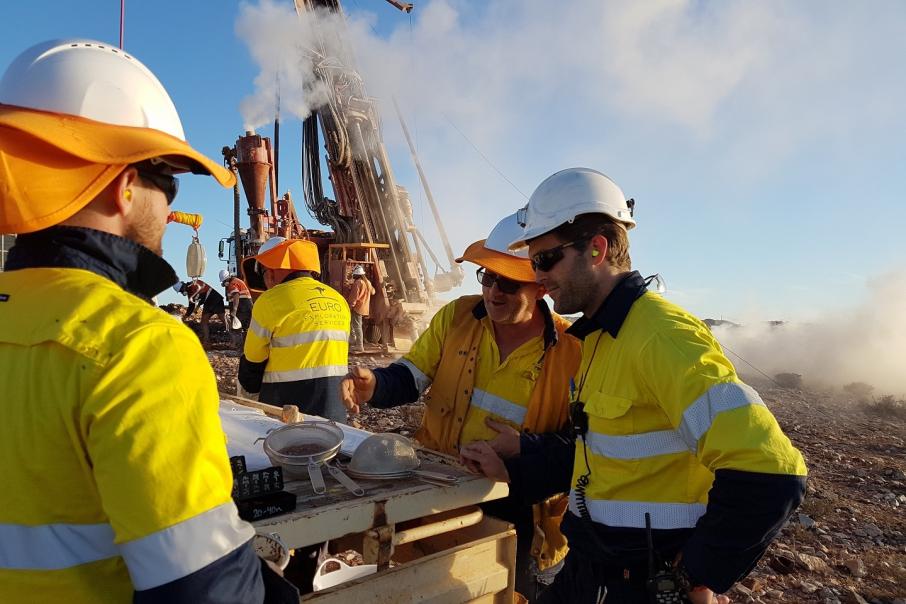 Aspiring gold developer Barton Gold has started the ball rolling on evaluating its unexploited 558,000-ounce Tunkillia gold project in the Gawler Craton region in South Australia. The company is looking to formulate a future development plan beyond an early production pathway at its historic Tarcoola gold mine.

The unlisted Perth-based company, working towards an IPO next year, is planning to undertake preliminary mining engineering studies in parallel with a geological review. Data from this work is likely to contribute to a proposed new pre-feasibility study investigating various development options for the Tunkillia deposit.

Barton and its junior peers exploring in the Gawler Craton including Marmota, Taruga Minerals, Indiana Resources and others are leading a renewed charge in the revered region, which was the scene of a gold rush inspired by – new Caeneus Minerals Chief Executive Officer – Rob Mosig’s Helix Resources in the mid-1990s.

Helix got pulses racing and share prices flying as it helped shine a light on the credentials of the highly prospective mineral province via the Tunkillia discovery almost a quarter of a century ago. The company’s share price went for a tear, hitting $10 at one stage, as its market cap soared above half a billion dollars.

Tunkillia, which is located about 80km south-south-east of its flagship Tarcoola project, hosts a measured, indicated and inferred resource of 12.32 million tonnes going 1.41 grams per tonne for 558,000oz of contained gold based on work by previous owners.

Barton has now commenced a detailed geological review that involves poring over historic drilling results to firm up a comprehensive geological database. The review will shape the design of future exploration programs at Tunkillia including infill drilling.

In addition, Barton will have its consultants doing preliminary mining engineering studies at the same time. The studies, expected to be finished early next year, are aimed at remodelling project resources and re-optimisation of potential development options for the Tunkillia deposit.

The concurrent studies may even form the basis of an updated resource estimate for Tunkillia with the new pre-feasibility study set to follow some time during 2021.

Barton Gold Managing Director, Alexander Scanlon said: “The Tunkillia project holds a significant base of mineralisation with considerable potential for future extensions and the establishment of a significant operation.”

“These studies will provide Barton Gold an updated perspective on where to best allocate future asset development funding, and hopefully some valuable insights on potential optimised development options as we continue to advance the Tarcoola and Tunkillia projects.”

Barton’s short-term priority remains a low CAPEX recommencement of gold production at the Tarcoola project, where about 30,000m of drilling is slated to be carried out over the next year or so.

The company’s drilling is targeting growth of Tarcoola open-pit and shallow-depth gold resources and a larger base of mineralisation across near-mine structures on the Tarcoola mining lease.