ASX newcomer Barton Gold is poised to commence drilling at its Tarcoola and Tunkillia gold projects in South Australia’s famed Gawler Craton, where the company is looking to build on a plus-1 million ounce resource base. SA-based contractor Bullion Drilling is mobilising to join Barton Gold’s exploration team on site and kick off more than 11,000m of drilling over coming weeks. 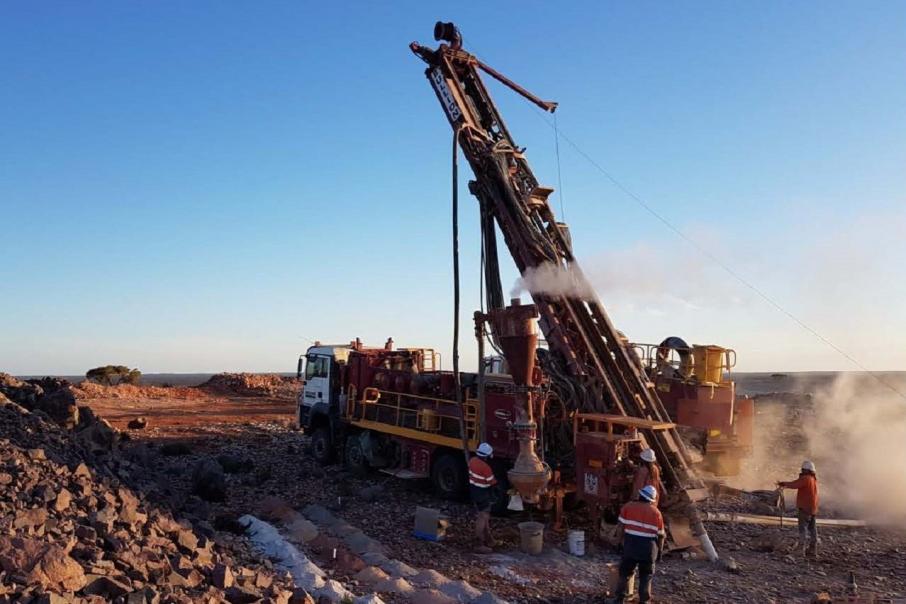 Barton Gold is about to get a drill rig turning again in South Australia's Gawler Craton gold country. Credit: File

ASX newcomer Barton Gold is poised to commence drilling at its Tarcoola and Tunkillia gold projects in South Australia’s famed Gawler Craton. The company’s exploration team has been mobilised to site with SA-based contractor Bullion Drilling expected to arrive at Tarcoola in the next week. More than 11,000m of drilling will test a slew of high-priority targets identified by previous exploration activities.

Active exploration on its 4,700sq.km landholding in the lead up to Barton’s successful initial public offering and ASX listing in June included phase-one drilling at Tarcoola by Bullion in 2020.

The company’s tenure sits about 600km north-west of Adelaide and stretches across more than 200km of strike, taking in three prospective mining centres. The company holds the 965,000-ounce Tunkillia gold project in the south, the Tarcoola project just 70km to the north of Tunkillia and the mothballed Challenger gold mine at the northern end of its tenement package.

Barton’s work program in the run-up to listing has focused on drilling around the Tarcoola mining centre and evaluating the Tunkillia deposits. The company says it is now ready to launch a second phase of drilling at Tarcoola and advance to its maiden drilling program at Tunkillia.

Barton Gold Managing Director and Chief Executive Officer, Alexander Scanlon said: “We have enjoyed our prior successful working relationship with Bullion at Tarcoola and we expect this to continue as we expand this out to Tunkillia as well. With Tunkillia and Tarcoola located only 70km apart, and the benefit of established infrastructure in both locations, the company is well positioned to complete both programs as efficiently as possible.”

The company expects Bullion will initially commence drilling 5,100m as part of the Tarcoola phase-two program before mobilising to Tunkillia for a further 6,000m of drilling.

Barton Gold also plans to conduct a high-resolution ground penetrating radar or “GPR” survey at Tarcoola, a technique proven to assist with subsurface mapping and exploration.

Previous drilling at Tarcoola met with early exploration success in the form of shallow, high-grade results such as 4m grading 6.86 gram per tonne gold from only 28m extending mineralisation along strike of the historical Perseverance open pit.

Drilling below the pit has also thrown up a bevy of high-grade hits including 7m at 7.75 g/t gold from 95m and a stunning 2m at 66.8 g/t from 155m down-hole, suggesting mineralisation is still open at depth.

Management said a new regional structural model and a 14km-long target corridor could produce potential repeats of the high-grade Perseverance mine at Tarcoola. In addition, a district-scale structure with 30km of under-explored strike at Tunkillia is providing plenty of potential prospects to explore.

Barton Gold has total attributable gold resources across its SA portfolio of 28.74 million tonnes at an average grade of 1.2 grams per tonne for about 1.1 million ounces of contained gold.

With more than $15 million from a successful IPO burning a hole in its pockets, a drill rig secured for the near term and a gold price near 10-year highs, the company’s upcoming results will be watched closely by a market with a strong appetite for significant new discoveries.