Barton Gold has pushed the button on its ASX listing, opening up its initial public offering to raise a minimum of $10 million for exploration in South Australia’s Gawler Craton region. An enviable package of gold projects includes the burgeoning Tunkillia deposits, which now boast close to one million ounces in resources positioning the discovery as SA largest undeveloped gold project. 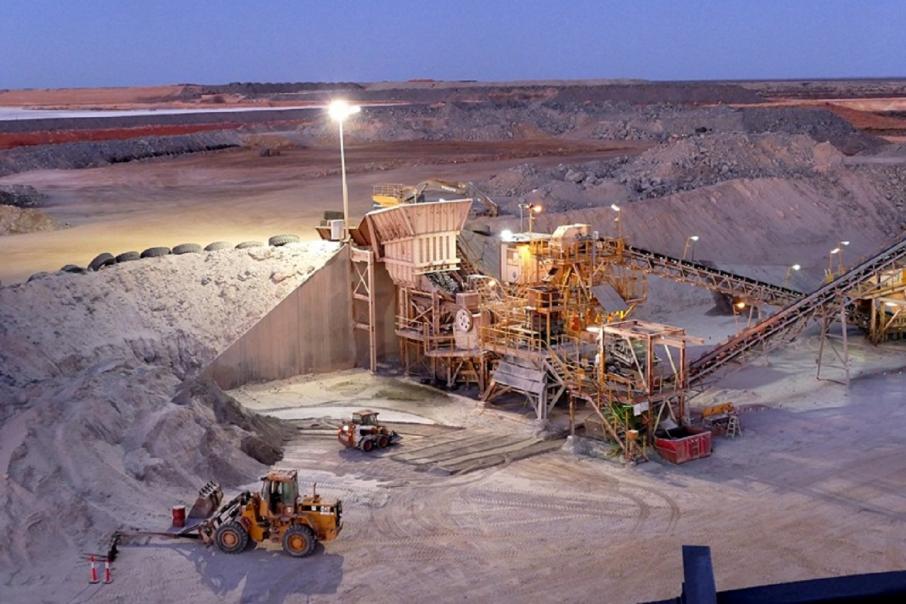 Barton Gold’s crushing circuit at the Challenger gold mine in South Australia, currently on care and maintenance. Credit: File

South Australia-based gold explorer Barton Gold has pushed the button on its ASX listing, opening up its initial public offering, or “IPO”. The company is looking to raise a minimum of $10 million to help to continue funding exploration and development over its vast ground holdings in SA’s mineral-rich Gawler Craton.

The Barton IPO will give punters exposure to an enviable package of projects including the burgeoning Tunkillia deposits, which now boast close to one million ounces in resources, positioning the discovery as SA largest undeveloped gold project.

Barton Gold is planning to issue a minimum of 40 million shares at 25c to raise the $10 million, although if oversubscribed it has slotted in a provision to raise up to $15 million to fund its ongoing work program.

Interestingly, once the company lists it is likely to have a market capitalisation in excess of $38 million.

Barton Gold Managing Director, Alexander Scanlon said:“We are excited to take this next step in the evolution of Barton Gold. Over the past two years, the company has built an excellent team, adopted a new exploration-driven approach to the central Gawler Craton’s most exciting ground, and identified significant new discovery potential across two large-scale, historically under-explored mineral systems.”

“With the benefit of a total attributable 1.1Moz JORC (2012) Mineral Resources platform and 100% ownership of the region’s only gold mill, our objectives are to demonstrate the true scale potential of this asset package and pursue maximum long-term value creation.”

The company acquired its gold projects in South Australia back in 2019, privately raising $3.75 million in mid-2020 to kick off exploration across its extensive ground holdings, which cover 4,735 square kilometres of the Gawler Craton, about 600 kilometres north-east of Adelaide.

Barton’s project areas can be roughly grouped into three key areas that stretch across more than 200km of strike, including the Challenger mine area, the Tarcoola goldfield and the massive Tunkillia discovery in the south.

The Gawler Craton has a long history of gold mining, which dates back to the early 20th century, when gold was discovered on the Tarcoola goldfield. The field produced more than 75,000 ounces of gold from over 600 small artisanal workings from around 1900 through to 1954.

The region  lay unloved for several decades before the market was reminded of its latent prospectivity with WMC’s discovery of the major Olympic Dam iron oxide-copper-gold deposit in 1975.

With the spotlight firmly back on the copper and gold-rich Gawler terrane, more discoveries were to follow. It became one of Australia’s most sought-after exploration addresses during the 1990s.

Dominion Mining drew first blood in the region, finding the Challenger gold mine in the northern Gawler whilst Helix Resources was hot on its heels, uncovering the Tunkillia deposit in late 1996.

Interestingly, the discovery of Tunkillia was to have a transformational effect on Helix’s share price, with the company leaping more than 1000 per cent higher in just three months, from 24c in September to an astonishing $2.50 in December 1996 – a feat Barton would no doubt like to emulate.

A tumbling gold price in 1997 resulted in Tunkillia being put on ice, whilst the high-grade gold from the Challenger Deeps underground would see the mine continue to operate through until 2018. The Challenger operation and the open pit at Tarcoola were placed on care and maintenance at that time due to owner WPG Resources overextending itself and being put into administration.

Enter Barton Gold, picking up WPG’s tenement holdings from the administrators and immediately setting about a detailed evaluation of the massive regional geological and development database. The company was quick to make the most of its first-mover advantage in the region, consolidating its position and jumping into exploration at Tarcoola, where rumour had it that a wealth of ore lay exposed in the base of the open pit.

Barton’s drilling of various targets within the remnant ore in the base of Perseverance pit has returned some stunning results including 2 metres at 33.8 grams per tonne gold and 2m at a whooping 56.7 g/t gold just below the base of the pit. Currently the resource below the pit floor is estimated at more than 140,000 tonnes grading at a solid 1.4 g/t gold, which is now set to grow as exploration drilling continues to hit paydirt.

Ongoing drilling and modelling of the system has revealed that Perseverance sits within a larger structural zone, which stretches over more than 4km of strike. Exploration shows that the mineralised lodes remain unconstrained by drilling, with the recently recognised Deliverance lode extending to more than 250m below surface.

Next cab off the rank for Barton was reinvigoration of the Tunkillia gold system in late 2020, which unearthed one or two surprises. Previous exploration at the project had concentrated on the Area 223 deposit, which at that time hosted a resource of 558,000 ounces of gold. However, a reinterpretation of the mineralised system and updated resource modelling quickly uncovered a number of higher-grade shoots within the system in addition to expanding the overall footprint of the deposit.

Barton’s resource at Area 223 weighs in at a very healthy 26.1 million tonnes, grading 1.15 g/t gold, containing an incredible 965,000 ounces of gold. This represents a 70 per cent increase in contained gold and leaves the deposit hovering close to the elusive one million ounces and begging to feel the drill bit.

Additional exploration targets at Tunkillia include the Centurion prospect immediately to the north of Area 223, whilst the Area 191 target sits around 3km to the north-east of the deposit. Area 191 has already been the subject of close-spaced drilling, indicating the company sees potential for a quick transition from target to resource as exploration begins in earnest following the company’s upcoming IPO.

Barton has started a review of its expansive tenure in the north, surrounding the Challenger mine but it is fair to say it is spoilt for choice with its targets across the Tarcoola and Tunkillia goldfields. There the company is already presiding over a combined resource inventory of more than 1.1 million ounces of gold.

Also sitting on a mothballed mill, Barton has the tenure, resource platform and experienced management group to take advantage of a rising gold price and market in the months ahead.