The key Royalties for Regions project threatens to sap the government as it fends off claims of favoured treatment and political donations. 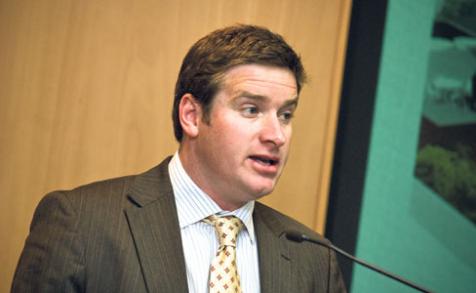 VISION: Brendon Grylls, who has left the regional development portfolio in cabinet, talked up the merits of developing Pilbara Cities in 2009.

The Pilbara Cities project was launched with high hopes and great fanfare. But now, less than five years later, it is threatening to become yet another drain on the public purse amid questions of special treatment for political donors.

Premier Colin Barnett and then regional development minister Brendon Grylls, talked up the project when they led a plane load of resources company leaders, developers, senior public servants and media north for the announcement in November 2009.

There was wide acceptance of the argument that the wealth the region had generated since the iron ore shipments started in the 1960s had gone south.

The towns, and their residents, had been short-changed. The new Royalties for Regions policy would help provide a favourable climate for investors to change that.

The premier referred to the spirit of the 1960s when the region's developments were basically funded by private money, saying "that is what needs to happen this time".

"We want a whole generation of new younger people who will come and work in challenging jobs, the excitement of a Pilbara development, but will want the best for their families and the best quality of lifestyle," Mr Barnett said.

Mr Grylls, who now happens to be the local member and has stepped out of the ministry, referred to the potential role of developers.

"They have an interest in the region," he said. "We need that interest to turn into action. We need government to facilitate the impediments to that investment, to take these impediments away so that those projects can start and, hopefully, today marks the government's commitment to do just that."

Presumably he did not have in mind the sequence of events which have seen opposition leader Mark McGowan and frontbencher Rita Saffioti, asking pointed questions about the decision in 2012 to buy 50 units in the 178-unit Pelago East tower in Karratha, being built by developer Finbar.

Thirty were to go to the WA Country Health Service for suitable accommodation for senior staff. But the WACHS opted out, and the government is still struggling to sell the units. Complicating matters is the fact that values are falling as the steam comes out of the resources sector.

Ironically, Mr Grylls had been hoping this would happen.

But that was back in 2011 when it would not have been envisaged that the government would be left effectively "holding the baby".

There is another important question to be answered, which should have subsequent implications for political donations.

At an annual National Party conference in Kalgoorlie, which I reported on for the ABC shortly after the change of government in 2008, the flamboyant Queenslander Clive Palmer – now a federal MP – paid more than $100,000 at auction for a bottle of red wine.

One might be forgiven for thinking it was a donation, although Mr Grylls stressed there would be no special favours as a result.

Now the issue of a $75,000 political donation by Finbar to the Liberal Party has surfaced in the Pelago deal, followed by strong denials of any resulting favours.

Regardless, past experience seems to count for nought when government and business get together.

Successive state governments have been criticised for failing to curb the growth of the public sector. Well, all that has changed.

It was a beaming premier who told the Legislative Assembly the public sector workforce was actually shrinking.

"We not only have contained, but also are reducing the absolute size of the Western Australian public service.

"In terms of senior positions, as defined as 'managers', according to the Australian and New Zealand classification, the number has fallen from 7.8 per cent of the workforce to 7.2 per cent."

Mr Barnett said there was still "some way to go", but claimed that his government was "progressively building an independent and professional public service that is more streamlined".

The trend is tipped to continue, linked with the recent commitment to privatise a number of public sector activities, with the TAB tipped to join the for sale list next year.

The news is likely to be well received by the ratings agencies, which have been critical of the past efforts to rein in the wages bill, which is the biggest single item of government spending.

But that's not the end of it. Legislation to provide for "involuntary redundancy" (read sacking), will apply from January.

"It will not be many employees," the premier said, "but no-one in the 21st century has a divine right to be paid every week, whether they are productive at work or not."