ASX-listed specialist pumping company Babylon Pump & Power is gearing up to take advantage of the expected new wave of maintenance related mining activity post the mining construction boom. The company has amassed a $3.3m war chest to gear up its dewatering pumping fleet as it gets ahead of the pack of service businesses that will materialise as the mining industry gets set to take off again. 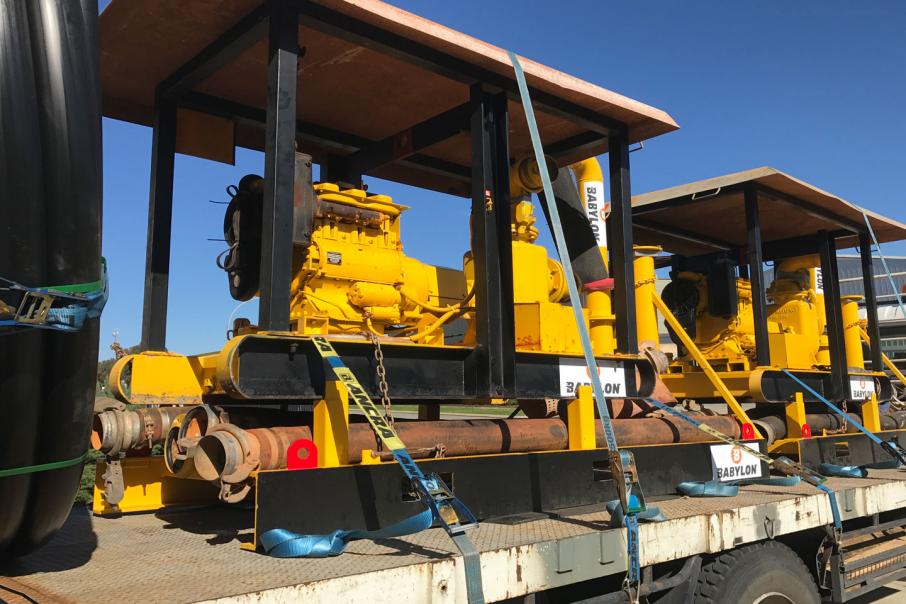 ASX-listed Babylon Pump and Power is sitting on a $3.3m war chest to fund further expansion in the mining, oil and gas service sectors, indicating that 2018 could be a standout year at the specialist pumping company.

In a recent market update, Kalamunda-based Babylon, who provide dewatering pumps and services for mine sites and industrial applications, revealed it had $3.3m in net cash and liquid assets, placing it in a strong financial position to fund equipment purchases through 2018 as a new mining boom looks set to take hold on the back of record commodity prices.

The company, was recently back-door listed into Melbourne health-tech play IM Medical by the wily Head of Corporate Finance at Paterson’s, Aaron Constantine and it is now gearing up to meet an expected increase in additional pump rentals courtesy of a resurgent mining industry.

Whilst the main play for Babylon is the rental and operation of its dewatering pump fleet, it also maintains a crew of diesel engine repairers who are charged with rebuilding its own diesel engines.

According to management, Babylon has been receiving a stream of unexpected windfall revenues by putting its diesel engine repair crews to good use rebuilding sizeable earthmoving engines for external customers including large iron ore miners.

With the mining sector transitioning from the heady days of mega construction projects to a maintenance phase that is expected to be a boon for service related industries, Babylon is already ahead of the curve with a number of pumping contracts already signed with operating gold and nickel mines amongst others.

In the recent market update, Babylon Executive Chairman Michael Shelby, a veteran oil and gas executive, said he anticipated further growth after a positive 2017 that saw the newly created company book $1 million in revenues in the five months to December 30.

The company is somewhat unique in the sector in that it provides fit for purpose consulting services, it is able to provide the actual pumping equipment on rental and it can even provide manpower from its growing operations team to run them on site.

The expected surge in maintenance has been described as the next phase of the resources boom, post the construction phase.

With copper, nickel, lithium, lead, zinc, gold and many other commodities at either all time or recent highs, the mining boom looks set to take hold again, dragging service related businesses like Babylon along for the ride.

Against this backdrop of mining revitalisation, Babylon has wasted little time in posturing for growth.

Last year its directors, assisted by Constantine, saw a gap in the market for a listed dewatering specialist following the privatisation and delisting of competitor Resource Equipment.

Led by executive chairman Michael Shelby and a significant number of former Resource Equipment personnel, Babylon’s staff compliment has quickly expanded to 16. Shelby, in his former incarnation as a General Manager of Resources Equipment, had grown the oil and gas arm of the business from inception to an annual turnover of $12m.

The board is obviously anticipating a flood of business in coming months and years and its ambitions look to be well reflected in the performance rights issued to senior management.

Revenue KPI’s for senior management have been set at $4.6m in the 2019 financial year doubling to $9.2m the following year.

In a market update in January, Babylon said, “Based on current business conditions and the current pipeline of opportunities, senior management are confident that these targets can be met.”

Babylon are now strapped in for the ride ahead of the pack of service related businesses that will inevitably materialise as the mining sector takes off again.