Opportunities in the huge markets to Australia’s north are driving greater corporatisation of the agriculture sector. 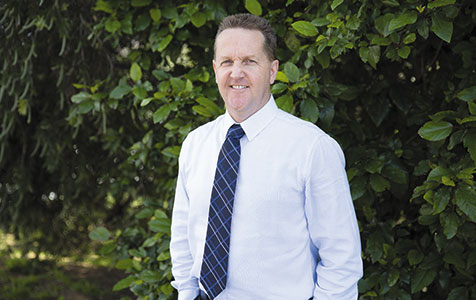 The rapid corporatisation of the state’s agricultural sector is driving the development of a diverse range of allied industries, as service providers position themselves to take advantage of new opportunities in this rapidly changing market.

Mr Forrest is understood to have paid about $40 million for Harvey Beef, and Ms Rinehart’s Hancock Prospecting is said to be looking at additional pastoral assets after investing $40 million in a 50 per cent interest the Liveringa and Nerrima Kimberley cattle stations with the state’s biggest agricultural operator, Milne Agrigroup.

But it’s not just the top end of town that’s seeking to capitalise on Asian demand for Australian produce. Business broker Tomkins Turner Corporate Advisory has developed its own strategy to draw investment dollars into the state’s agricultural assets.

Rather than focus on developing relationships with Asian investors, Tomkins Turner has worked on packaging up agricultural assets to take to potential buyers.

Managing director Todd Grover said the strategy was to create integrated agricultural businesses with pastoral stations, linked to a wheat farm and feedlot to ensure a consistent supply of stock.

“That means you can feed the animals you produce,” Mr Grover said.

Creating operations with sufficient scale may yet prove to be the biggest challenge for Tomkins Turner’s agribusiness strategy, but there’s no shortage of demand.

“We are currently working with one key farmer who has extensive operations but we are also looking to acquire some properties,” Mr Grover said.

“We are looking to raise $20 million to $25 million for this first piece and the general commentary coming back is that it’s a bit small as an investment, they (Asian investors) want bigger operations.

“Most of them want to go $100 million plus, something bigger with more scale.”

Driving productivity from WA farming operations is an ongoing theme in the agricultural sector, and it’s powering the growth of Perth agricultural technology operation Agworld.

Agworld completed a $6 million raising last week to support its push into North America and expand its service offering on its unique software platform.

Agworld provides a data management software farmers and agronomists can use to measure many aspects of their business from cash flow to crop yield.

All this data is held in the cloud, owned by the author, and it can be accessed through an app on a handheld device like an iPad or smartphone.

It is information Agworld chief executive Doug Fitch said was vital to increase farm productivity, adding that the data also became an asset in its own right when a property changed hands.

“Digital records, where you can analyse the data and it’s centralised in one place, is worth something to the incoming person … it’s intellectual property,” Mr Fitch told Business News.

Agworld is attracting investor interest of its own and while it’s keen to grow its partnerships with groups like fertiliser and chemical group CSBP, selling out is not on the cards for now.

The most recent funds will be used to push into the US farming market as well as in the development of new tools, including technology to manage soil nutrition and crop modelling.