Budding Perth-based Formula 3 driver Calan Williams is seeking funding to further his sports career, with existing supporter Dale Alcock calling on investors to back the 19-year-old. 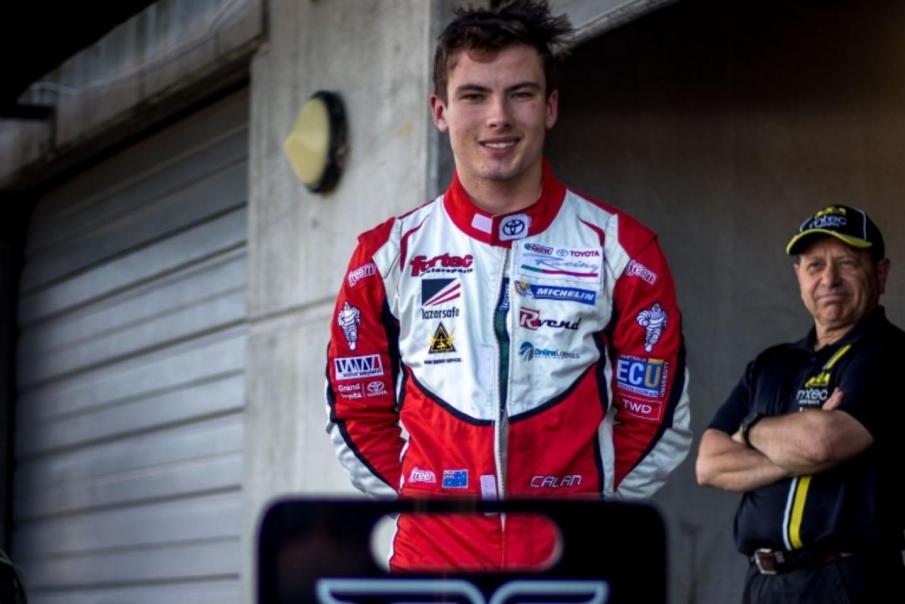 When Perth-based property developer Dale Alcock received a letter a few years ago from budding Formula 3 driver Calan Williams, he said he only had a passing interest in the sport.

Mr Alcock, president of the Fremantle Dockers and now a lead contributor to Calan Williams Racing Pty Ltd, has told potential investors why they should show interest in Williams’ racing team, Jenzer Motorsport.

The 19-year-old recently signed on to compete in the 2020 FIA Formula 3 Championship, placing him in the top 50 drivers in the world outside of F1.

“About four years ago, I received a letter from Calan.... which clearly spelled out his desire to be an F1 champion, and led me through his pathway from karts to the Australian F3,” Mr Alcock told guests at a luncheon hosted by Insight Advisory Group today.

“I replied and wished him well and every success.

“Out of that came a response from Greg, Calan’s father, saying [I was] only one of the few that did respond.”

Reaching F1 would require considerable support, with drivers being self-funded up until that point.

“In discussions with Greg, I said you’ve got to look at this as an investment, and it’s an investment in a kid from Edgewater with an ambition to become a Formula 1 world champion.

“I know that if I put money in I may never see it again, but at least... I’ve got the potential of a financial return.”

Greg Williams then developed a funding model for Calan Williams Racing Investments Pty Ltd in 2017, in which Mr Alcock has since invested.

He said his desire to back the young athlete stemmed from the “first class” integrity of the Williams family and Calan Williams Racing Team board, which is led by Calan’s father as managing director and Bill Munro as chairman.

"We've been on a journey over the last few years, and it's really difficult [to get investment]; there's a level of sponsorship and there's a level of investor involvement, but it's not sufficient to take Calan where he needs to get to," Mr Alcock said.

"I've underwritten this year, so we know we've got Calan a seat and we know we can see out season 2020.

"That's my commitment, and in the meantime Greg and company will go flat-out to try and bring others on board."