West Perth-based Advanteering has been named preferred contractor to build an intergenerational playground at Wellington Square, with the project to be funded by Lotterywest. 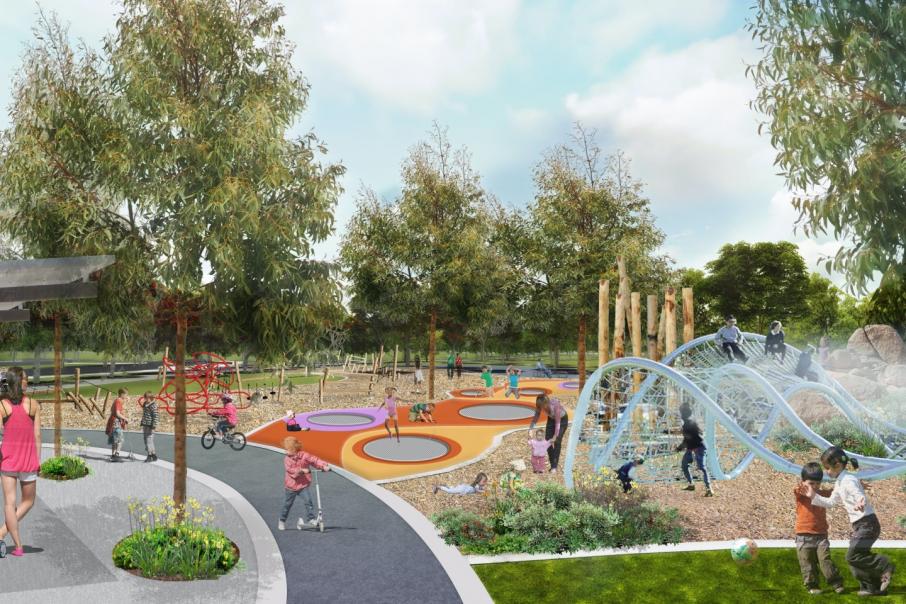 A rendition of the playground to be built at Wellington Square. Photo: City of Perth

Advanteering - Civil Engineers has been named preferred contractor to build an intergenerational playground at Wellington Square, with the project to be funded by Lotterywest through a $4.37 million grant.

The playground – set to open early next year – will have areas for nature play, fitness, parkour and waterplay, as well as basketball courts and lawn areas, a flying fox, trampoline and climbing towers.

The City of Perth awarded the works to Advanteering at a Special Council Meeting last night, with construction to begin next month.

Chair Commissioner Andrew Hammond said the playground would invite people of all ages to participate in social and recreational activities, from both the local area and across the city.

The upgrade will occur over five stages.

West Perth-based Advanteering has worked on various public projects in Perth including the Banksia Grove Skate Park and the Northam Youth Precinct.