Pressure is mounting in WA’s residential construction sector, with insolvencies piling up amid sustained falls in building activity. 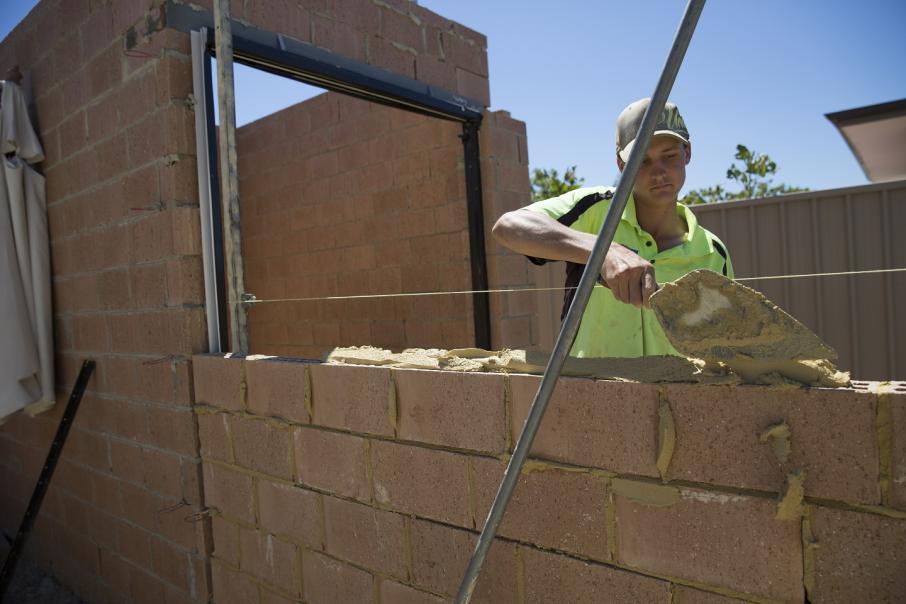 Confidence is rising in some parts of the WA economy, but the outlook for new home builds remains bleak. Photo: Attila Csazar

Calls are mounting for the state government to intervene in Western Australia’s ailing new home building sector, with a prolonged downturn in housing starts plunging around 350 construction companies into administration or liquidation over the last two financial years.

Data from the Australian Securities and Investment Commission showed there were 162 insolvencies in WA construction in 2017-18, following 185 building industry collapses in the previous corresponding 12 months.

In the first six months of 2018-19, 106 construction companies have gone under in WA as builders continue to struggle to adjust to declining levels of activity.

Building approvals and housing finance data released in recent weeks suggest there’s no respite ahead, with approvals falling by 17.3 per cent in annual average terms in WA and the number of approved loans down 11.7 per cent in 2018, compared to the previous year.

Master Builders Association WA housing director Jason Robertson said he expected 2019 to be one of the most challenging years the industry has faced in decades.

“There are a lot of builders out there that are pretty much in survival mode,” Mr Robertson told Business News.

“They have adapted and they have trimmed and they’ve cut, but they can’t really take much more pain.”

MBA research indicates housing starts over 2019 will likely come under the 18,000 predicted by the state government’s Housing Industry Forecasting Group, Mr Robertson said, with improved sentiment in other sectors of the WA economy not yet flowing through new housing construction.

Mr Robertson said any recovery in new housing would likely be delayed until at least 2020 if the state government does not provide any relief for the sector in this year’s state budget.

“They’ve really got to take stock of where we are in the cycle, and what we’ve seen over the past couple of years could certainly intensify if they take no action, and there would likely be a lot more casualties,” he said.

“We are on the road to recovery, but there needs to be significant housing investment from the state government in this budget in terms of an overall action plan.

“If they decide to make no changes, then the worst market conditions that we have seen in 30 years will likely be exacerbated and the road to recovery will be that much longer, and that’s in nobody’s interests.”

Mr Robertson said the state government would need to seriously consider increasing the first homebuyer’s grant from its current level of $10,000, while urging the Treasury to commit funding to Keystart to ensure the longevity of the scheme.

“That’s of critical importance to Western Australia,” he said.

“There was an announcement a while ago where the Keystart loan book was increased by $421 million and that was obviously excellent news, but it needs ongoing funding.”

However, the founder of WA’s second-biggest residential builder, ABN Group managing director Dale Alcock, is not expecting any significant policy intervention, particularly in the form of an increased grant for first time buyers.

“Ben Wyatt was instrumental in the reduction of the grant from $15,000 to $10,000, and the signals that I’ve gotten from the government are ‘don’t bother asking, because we’re not in a mood to provide it’,” Mr Alcock said.

Mr Alcock told Business News it was extremely concerning for the industry that confidence in other business sectors sparked by increased resources investment, improving employment numbers and stabilising population growth had not been reflected in new housing.

“You don’t want to talk doom and gloom, but that seems to be the reality,” he said.

“At ABN Group we are fortunate that we made the right decision in terms of our expansion to Melbourne back in 2009.

“That probably represents close to 45 per cent of our volume now, and if we didn’t have that, we would be finding it extremely tough with where things are at.”

Gemmill Homes managing director Craig Gemmill also urged the state government to tackle housing affordability in its upcoming budget, saying a stimulus package of $5 million could be the catalyst the industry needed.

Mr Gemmill said a potential short-term solution could be the provision of an additional $5,000 to 1,000 first-time buyers over the next six months.

“A figure like this is offset too by the work it would create, not to mention things like income tax and the payroll tax people are going to pay as a result of the industry uplift,” Mr Gemmill said.

“We understand the government’s budgetary constraints, but let’s put a figure on it, we’re going to do 1,000 homes and cap it there.”