ARTS REVIEW - Celebration of craft is a stunner 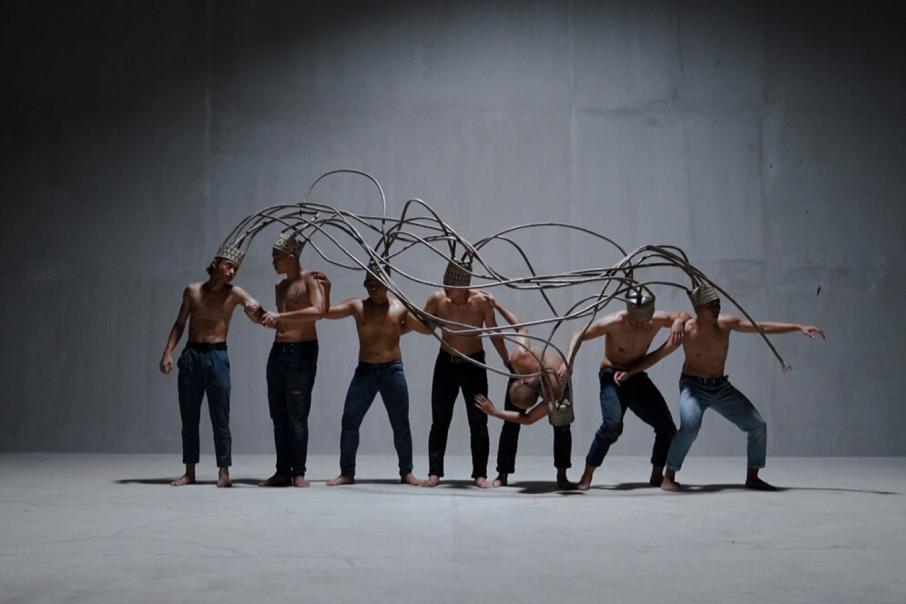 Under the banner of “Curiosity and Rituals of the Everyday”, curators Carola Akindele-Obe, Maggie Baxter and Jude van der Merwe have assembled a stunning collection of works in John Curtin Gallery, in one of two centrepiece shows for the inaugural Indian Ocean Craft Triennial (IOTA21).

Between them, 23 artists tell just a small number of the thousands of stories that spring from the diversity of history and culture around the Indian Ocean Rim.

This is an exposition of contemporary craft practice, but it draws on centuries of tradition and skills handed down through generations of makers in textile, wood, metal, clay and more.

In the same way, some of the stories the artists tell are current in their messages but their basic premise of human endeavour and struggle is as old as time.

A prime example that greets the visitor as they enter the gallery is Perth jeweller Melissa Cameron’s epic installation Juukan Tears, a painstakingly cut and assembled work in galvanised corrugated iron repurposed from her garden shed. This work is a labour of rage at Rio Tinto’s destruction of the Juukan Caves in the Pilbara last year and the loss of centuries of cultural tradition that went with it.

In an adjacent room to Cameron’s work, the woven figures of Tutjurangara Massacre, by Ngaanyatjarra women and Tjanpi Desert Weavers Judith Yinyika Chambers and Nancy Nyanyana Jackson, and Miriwoong/Ngarinyman woman Jan Griffiths’ History Beneath the Beauty – both telling of historical wrongs against First Nations Australians.

Their juxtaposition with “Juukan Tears” is a jarring reminder that although collectively we now make a deliberate effort to learn and remember stories of past atrocities, we are still carrying them out, albeit in different ways.

These stories may be familiar to at least some in the local audience but other works in the exhibition will open Australian eyes to the struggles of people and communities elsewhere in the Indian Ocean realm.

South African maker Athi-Patra Ruga weaves a political statement through the medium of tapestry, proposing a more inclusive future for his nation in the post-apartheid era, as colonialist symbols are swept away. Finding the nationalist symbolism of the “Rainbow Nation” a hollow notion, he offers up his vision in a spectacularly rendered image of an impressively powerful, non-binary figure – Ruga’s model “Azanian” citizen (Azania being a suggested alternative name for South Africa).

Sunny Dolat also tells stories in textiles as he explores Kenya’s identity crisis as a nation of disparate tribal groups, questioning whether it is possible that a truthful history of his nation can ever be told. His large-scale “sacred cloths” literally carry the imprint of his country, the hand-spun silk yarn being dyed in the earth. These pieces are part of a project that examines Kenya’s important history in textile making and explores new possibilities in fibres, pigments and motif templates.

Kirit Dave works to keep alive a little-known style of weaving known as kharad, from a region on the India-Pakistan border. The woven animal hair and wool was traditionally used in heavy floor rugs and saddle blankets but the skill is at risk of disappearing as a result of rapid changes in community structures and priorities. Dave’s striking work reinvents kharad as contemporary wall hangings with designs inspired by a mid-20th century design aesthetic. There is much more to appreciate here, and each piece rewards time spend pondering the traditional skills and contemporary ideas that are invested into the making.

Malaysian creative Yee I-Lann’s Pangkis (pictured top), a video work depicting seven dancers who share a seven-headed woven Lalandu hat, seems to encapsulate the interconnectedness of the IOTA21 concept. Each dancer is free to remove the hat and express himself in an individual way, but he is always drawn back to the group and together they collaborate and co-operate to carry out their moves.

Perhaps the Indian Ocean is a thread that weaves the disparate cultures around its rim together in a similarly abstract but profound way.

As this exhibition demonstrates, the instinct to create – whether for prosaic and practical purposes of everyday life, for storytelling, or as an expression of the sacred – is an intrinsic part of all cultures. It is this urge to make with hands and tools that marks our common humanity.

That is certainly something we can celebrate.