Machine learning could enable major advances in healthcare, expanding the power of the medical sector to spot problems early. 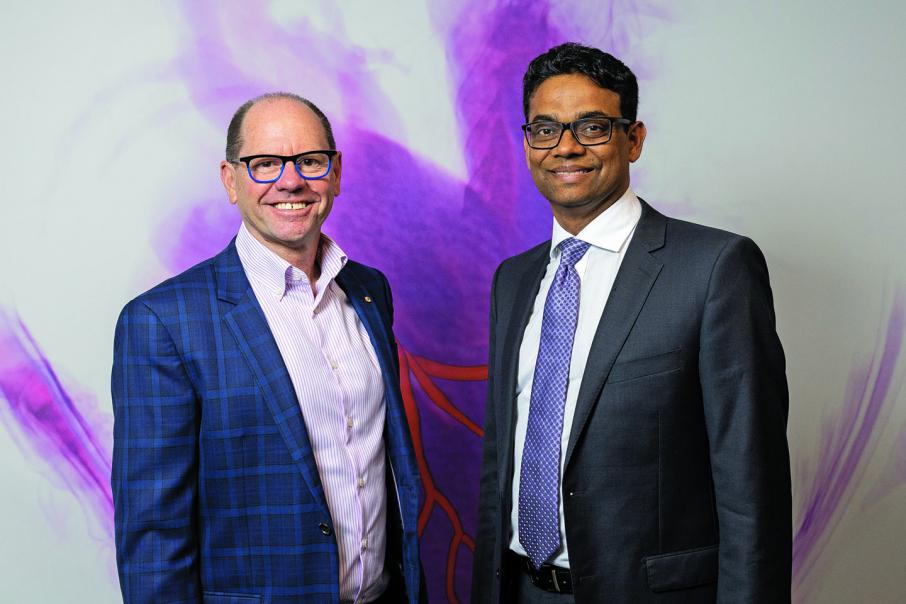 Time is a valuable resource in medicine.

While the early detection of health conditions can lead to more effective treatments and better prognoses, the nature of the health system and high demand for specialists’ services frequently stifles early intervention.

However, data science and machine learning could ease that pressure, rapidly analysing medical information to find problems and scale-up the capacity of researchers.

The company is using machine learning to detect heart disease, which causes about 18 million deaths worldwide each year.

“It’s like an X-ray machine, there are 500 images produced.

“Our deep learning reviews these 500 scans, creates a 3D model and then … looks for disease.”

This disease is seen as plaque, which can build up on artery walls and block the flow of blood to the heart.

Soft plaque, or vulnerable plaque, was particularly problematic Mr Barrington said, because it could rupture and cause a heart attack or stroke.

Usually, a clinical expert would review a CT scan, a process that may take up to three days.

Some potential problems are nearly undetectable to the naked eye, and were perhaps only picked up by the most highly trained experts, he said.

“The artificial intelligence does it in less than 10 minutes,” Mr Barrington said. “It’s orders of magnitude faster. It’s highly accurate, and it [sees] the stuff that kills you.

“In America alone, there’s a shortage of 18,000 [experts] this year … while imaging is growing year on year.”

Mr Barrington said a machine and a technician would be able to produce a scan, with the report generated in the cloud.

The ability to access that data means it can operate remotely for regional areas or other countries, where a machine is available but a cardio specialist is not.

The team is hoping to have a commercial product ready in the first half of 2021.

Artrya has moved through a series of funding rounds, including a May 2019 angel investment and then a seed capital raising during the COVID-19 crisis this year.

A series-A raising is planned next year, with a likely target of between $5 million and $10 million.

On top of that, the company received a $1 million accelerating commercialisation grant from the federal government in July 2019.

Artrya has partnered with Envision Medical Imaging to source those volumes.

The next step will be securing regulatory approvals, particularly from the US Food and Drug Administration and its European equivalent.

Approvals for the machine learning product will be faster than those for a drug or invasive procedure, Mr Barrington said.

Once the initial product was on the market, development would move towards checking blood flow and pressure through scans, which helped assess risk of heart disease.

“When you have an ICA, they put a wire in your leg, up through the artery into your heart,” Mr Barrington said.

“We’re doing that without the need for invasive procedures.”

That would benefit the patient and reduce the cost burden on the health system, he said.

“While current clinical practice is focused on the narrowing of the heart’s arteries, most heart attacks occur in patients with less than 50 per cent obstruction,” Professor Dwivedi said.

“To address this problem, we are developing an AI system to detect the non-obstructive plaques in the arteries that are the real cause of heart attack and death.

“Our AI system gives physicians the opportunity to treat these plaques before a heart attack and to save lives”.

Mr Barrington said he hoped Artrya would become an export opportunity for the state.

“It’s important to us that we’re doing this in WA, in Perth, in the 21st century,” he said.

At the other end of the spectrum, health insurer HBF is also using big data and machine learning.

“We can use our data to prevent fraud and erroneous claims, as well as keeping claims costs down by understanding developing health trends and drivers of claims costs,” a spokesperson said.

“This is of great benefit to members if we can reduce out-of- pockets and keep premiums low.”

This enabled measurements to be done within seconds, and produced substantially equivalent results, the company said.

In 2018, the iron analysis tool was approved by the three major regulatory bodies for medical products in the US, Australia and Europe.

It has since been integrated into a range of radiology platforms produced by big brands such as Siemens Healthcare GmBH.

Regulatory approvals for the liver fat detection tool were submitted earlier this year.

Resonance told markets that non-alcoholic fatty liver disease affected between 10 per cent and 30 per cent of the world’s population.

‘It is predicted that by 2020, NAFLD will be the leading cause of liver transplants globally.

“In these instances, the company’s new AI tool could be used by clinicians as an aid to diagnose and manage the treatment of these conditions.”

Other uses of machine learning have included at Telethon Kids Institute, where researchers are using image recognition to assess faces for the subtle signs of fetal alcohol syndrome.

Noisy Guts, an early-stage medtech company to emerge from research developed at the University of Western Australia, used machine learning to identify gastrointestinal problems via an acoustic belt.

A finalist for the 2015 Australian of the Year WA, Yogesan Kanagasingam has also used machine learning, including researching retinal images as a method for early detection of Alzheimer’s disease.

Among these is the WA Data Linkage System, which connects health datasets from different branches of government including the Registry of Births, Deaths and Marriages and the State Electoral Commission.

There are more than 130 million records in the system, according to the Data Linkage Branch, across about 50 datasets.

Using statistics to predict which records are linked can then connect records between datasets, which are made available for research.

Ms Dallimore said WA’s data source was the first developed in Australia and set the state apart from other jurisdictions.