A matter of time before parity passes 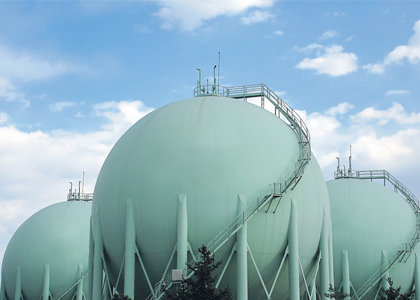 PRICE POINT: The US has both cheaper gas and cheaper construction costs than Australia. Photo: iStockphoto

Winners can quickly become losers in the event of a depreciating currency.

IF you’re not thinking about the value of the Australian dollar then you’re not serious about business, or investing.

That might sound a little harsh but when you consider the ‘what comes next’ question in the five-year rolling crisis that started in 2007, it’s hard to see the dollar staying as high as it is against other major currencies for much longer.

There are a number of reasons for tipping a decline in the dollar, though there’s not much point in trying to guess precisely when it will happen.

All investors and business owners need to do is start planning for the inevitable fall, especially against the US dollar, less so against the British pound, and perhaps not at all against the euro.

Evidence of a significant change in currency values is gathering strength, including:

• the collapse of multiple resource projects in WA and Queensland as lower commodity prices and high domestic costs bring down the curtain on the current phase of the resources boom;

• Australia’s peaking terms of trade, which have delivered a once-in-a-lifetime surge in the value of the dollar, but which are now rolling over as mining investment declines;

• the prospect of further interest rate cuts by the Reserve Bank, which should drive some hot international money out of the Australian financial system; and

• the steady recovery evident in the US economy, made possible by low costs and a cheap new source of power - shale oil and gas.

Those factors lie at the heart of a near-universal expectation in the investment banking world that the Australian dollar is overdue for a significant correction.

Alarmist observers, basing their forecasts on past corrections in the country’s terms of trade, can see the dollar retreating to the US50c mark, where it was as recently as a decade ago.

That view is based on Australia pricing itself out of export markets, with the best example of how expensive the country has become being that the cost of building a liquefied natural gas processing plant in Australia is three-times what it would be in the US.

A secondary factor in the worst-case scenario is that Australia is merely repeating history, having seen the heights of previous resource booms, such as during post-war reconstruction in the early 1950s, followed by a long slide downhill.

Perhaps US50c is on the cards again, though with China desperate to continue growing, if only to stave off social unrest, a value as low as that is unlikely.

A more probable exchange rate in the near future, perhaps by mid next year, is the US90c predicted last week by analysts at investment bank Morgan Stanley.

The banker’s view is that China is cutting its demand for the basic resources exported by Australia, with iron ore and coal most likely to feel the change.

“The process of global rebalancing, and China’s internal rebalancing in particular, should spell bad news for the Australian dollar,” Morgan Stanley said in a note to clients.

If correct, then this could be the last summer of the Australian dollar trading above parity with the US dollar for some time; and that means now might be a good time to:

• buy the new items of capital equipment on your international shopping list while the currency factor is in your favour;

• take that overdue holiday in Europe or the US before the pleasure of parity passes; and

• take a close look at your investment portfolio to see whether you are exposed to stocks that will benefit from a lower dollar.

Apart from specific action that can be taken now, a fall in the dollar will require a mindset change because winners of the past few years will become losers in a lower-currency environment, and vice versa, with one-time losers, such as domestic manufacturers and farmers, emerging as winners.

FROM an investment perspective, the sector with most to gain from a substantial fall in the dollar is domestic gold mining companies, which become highly attractive currency plays should the US dollar gold price stay high as the Australian dollar falls.

As the numbers stack-up today, the currency effect on gold is corrosive, with an exchange rate of $US1.03 shrinking a $US 1,730 an ounce gold price to $Al,679/oz.

For investors not exposed to gold, now might be as good as it gets to add some bullion to your portfolio, if only for protection against a declining currency.

Should the US dollar gold price rise as the Australian dollar falls, the result should be even more attractive.

WHAT triggered this latest look at currencies (both the dollar and gold) was a combination of reading the latest speech from Reserve Bank governor, Glenn Stevens, and from talking with a gold-project developer.

Mr Stevens, in a masterful display of speaking carefully as central bankers do, described the dollar as being “a little on the high side”; code for ‘we want it to come down, but we’re not quite sure how to make it happen’.

Lowering interest rates normally does the trick, but it was when Mr Stevens started talking about the terms of trade that it became clear that he really doesn’t have to do anything. The market will whack the dollar as soon as it digests the end-of-boom story.

As for the gold-project developer, well he’s hoping to get the best of both worlds. He plans to buy capital equipment for the mine today at a high exchange rate, and start production in a year or so at a lower exchange rate, and higher domestic gold price.

The price of gold is important to the mine plan, but the currency effect is even more important.

“The radical invents the views. When he has worn them out, the conservative adopts them.”
Mark Twain