A little bit of courage and a good chat

Business News talks to two Western Australians about why they decided to dedicate their spare time to founding a charity and how they made it happen. 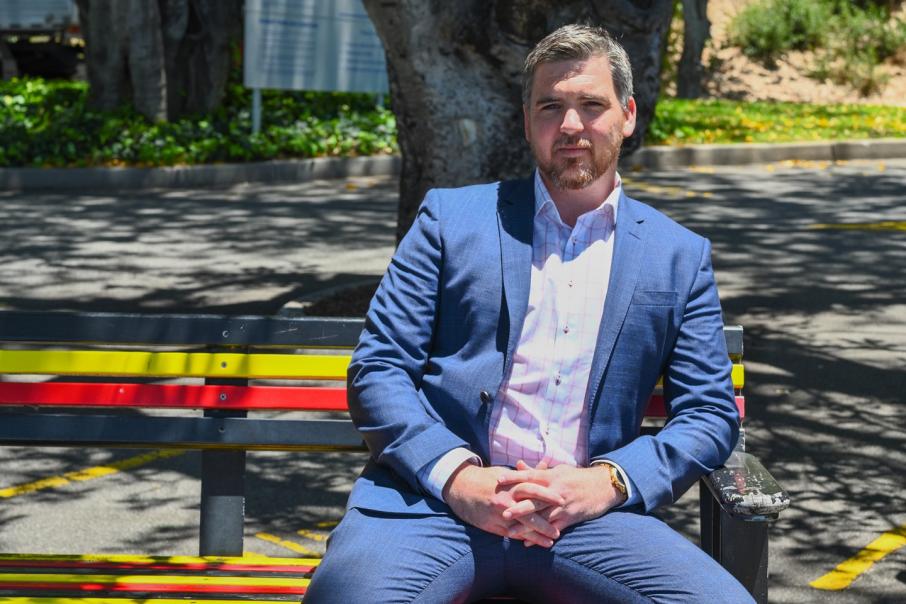 An individual’s decision to start a charity is often prompted by personal experience, and there are as many motivations for taking that step as there are groups assisting those in need.

According to data from the Australian Charities and Not for Profit Commission, 2,245 charities were registered in 2020 nationwide.

Among WA charities, two in the mental health space to have garnered community attention this year are Community Courage, founded by Marc Mexsom, and Good Chat Foundation, which is the brainchild of filmmaker Kelly Bergsma.

He received an outpouring of messages of support from family and friends after posting a video to Facebook in June talking about his experience of sexual abuse, aged 14.

“The biggest thing for me was a lot of people were reaching out personally and telling me some incredibly personal stories about their own history, and some of them were doing it for the first time,” Mr Mexsom told Business News.

“They were saying, ‘I’ve never spoken to anyone about this, but I wanted to share this with you’, which is unreal, right, that people would feel comfortable.

“That’s when I realised I needed that charity platform, which is bigger than me.”

After receiving the messages and realising how many people needed support, Mr Mexsom posted a GoFundMe page on Facebook to raise the initial funds to register and set up a charity. It received $10,000 in nine hours.

Friends and acquaintances offered professional support to help the cause.

“From bid writers, guys who used to work for sales teams, through to lawyers, company secretaries; all of a sudden you have got all of these professional people who are genuinely good at their job in their industry, some of them are top of their industry, and they are saying, ‘Do you need any help?’”

The organisation’s 18 volunteers have been tasked with website creation, offering information on the police reporting process, and providing cultural advice.

A further 100 people have offered assistance. Mr Mexsom said the group’s first aim was to support people to talk about what had happened to them, and to demystify the reporting process, before moving on to bigger goals like system reform.

He said the organisation was in its planning phase and was hoping to launch its programs and fundraising initiatives next year at a gala ball.

To ensure transparency, Mr Mexsom said he had not wanted to fundraise before he could say exactly where the money would go.

However, the organisation is selling merchandise as a way of bringing in revenue while marketing the brand.

Profits from the online shop would be reinvested until they hit a cap, at which point they would be invested in other areas of the charity, he said.

Mr Mexsom said he would be knocking on the doors of sizeable corporates for large donations in the coming months.

Mr Mexsom said the biggest challenge so far had been managing his full-time job, family, investigating his own incidence of sexual assault, and finding time to work on Community Courage without burning out.

Starting from scratch and creating policies and procedures and registering as a charity was also a challenge, he said.

Ms Bergsma said the most difficult aspect of starting her organisation was writing a constitution that ticked all the boxes.

Ms Bergsma said because sport in itself was not a charitable offering, but the organisation’s sole purpose was to improve mental health for disadvantaged young people, they had to work together with ACNC to write a constitution that was legally sound and met the needs of the kids they wanted to help.

Ms Bergsma launched the foundation in December 2019, after hearing stories from friends in the sports business of kids who were dropping out of fitness activities because their parents could no longer afford it.

At the same time, her friends said a lot of kids were presenting with mental health concerns, leading the families to make a decision about whether to send their child to training or therapy.

“I think I was a little naïve in thinking there must be something to subsidise sporting costs so kids still have an outlet and kids can still be amongst their friends and have that sense of belonging,” Ms Bergsma told Business News.

“That got me thinking about what we could do to still provide access to sporting opportunities for these kids so that sport can help them improve their mental health as well.”

Within a week, Ms Bergsma had set up a registered company with the idea of promoting mental health and improving access to sport.

The original plan was to place young people with a mental health challenge in a 12-month program, with sporting equipment, fees, fuel and food provided by the foundation.

Unfortunately, within two months of forming the idea, COVID-19 restrictions were introduced and team sports cancelled.

Instead, Good Chat partnered with Everlast and provided 12 families with boxing gloves and online classes. 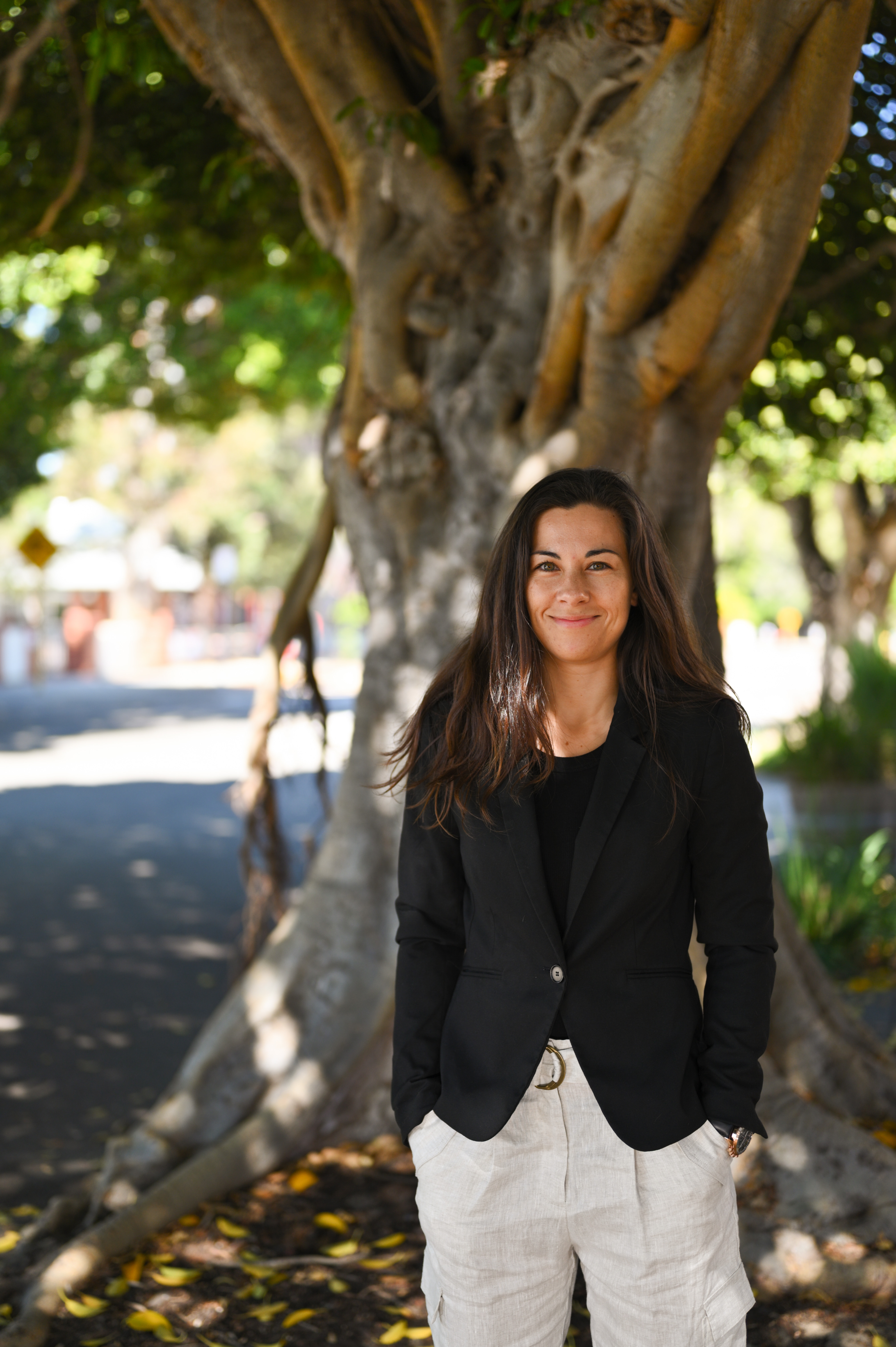 Since restrictions have eased, Good Chat Foundation has been able to run a number of programs, including a short-term soccer program run by the Football Centre in Osborne Park.

The program is open to kids from disadvantaged backgrounds who were referred through a school psychologist or social worker.

Ms Bergsma said she was waiting to launch the long-term program until she was sure it could run for its full 12-month duration, without being interrupted by further COVID-19 restrictions.

The group formed an advisory board with six members, including a clinical psychologist and a lawyer.

The directors and board have been volunteering for the past year, but Ms Bergsma hopes the organisation will have the capacity to pay the directors by January.

The foundation is working on a few larger proposals and recently held its first fundraising luncheon in November, to a sold-out crowd of 200.

“It was interesting to see the reaction of the people in the room because I think from our network there were 50 people present, so there was 150 people who had heard of us, either by word of mouth or through their business, who attended the luncheon,” Ms Bergsma said.

The foundation is planning a gala in June 2021 to show what the organisation could achieve in the six months after the fundraising luncheon.