A couple of beers and a slow cooker

The growing popularity of low-and-slow American style cooking has created a business opportunity for the founder of Perth BBQ School. 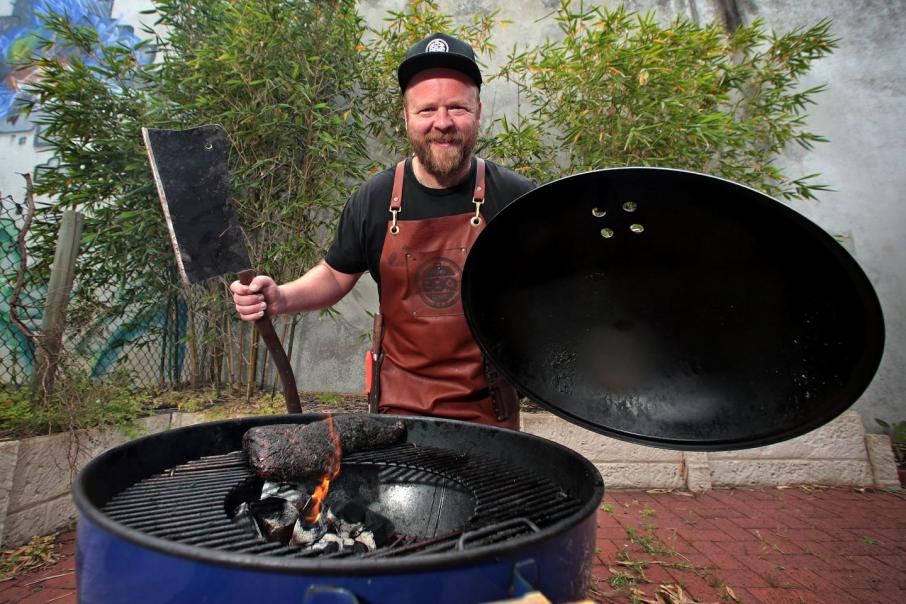 The growing popularity of low-and-slow American style cooking has created a business opportunity for the founder of Perth BBQ School.

Gus Gallagher will readily admit that there are easier ways to cook than an eight-to-10-hour shift tending a kettle barbecue or an offset smoker.

But for the founder of Perth BBQ School, cooking with charcoal on an outdoor grill is more about lifestyle than it is about technique.

“It is about enjoying the journey as much as anything,” Mr Gallagher told Business News.

“It’s an opportunity to be out in the yard, have a couple of beers, and it’s a point of discussion that adds something that being inside the kitchen doesn’t do so much when people come around.”

It appears a growing number of backyard cooks in Perth share that mindset, with more than 10,000 people signed up to Mr Gallagher’s Perth BBQ Club on Facebook.

Those numbers surged recently as many people took the opportunity to learn to barbecue while working from home due to COVID-19.

Mr Gallagher’s social media presence is designed to complement his Perth BBQ School, which provides participants with a comprehensive course on how to cook American-style barbecue.

He estimates between 2,000 and 3,000 people have been through a Perth BBQ School class since they launched in 2017, with the first classes designed to show people how to get restaurant-quality results using a commonly available Weber kettle barbecue.

Since then, the classes have evolved to include courses to learn charcoal fundamentals on all manner of cooking equipment – from kettles through to bullet and offset smokers – as well as masterclasses focused on particular cuts of meat such as beef brisket, and how to cook delicate seafood on a charcoal grill.

Mr Gallagher, known in barbecue circles as ‘Gusface Grillah’, said among the reasons for the growing popularity of Perth BBQ School was one of the simpler techniques taught and tasted at the classes: the humble hamburger.

“I managed to win a burger competition with Buy West Eat Best three or four years ago and that led to a lot of people asking for the secret recipe,” Mr Gallagher said.

“I thought I would just put together my take on a burger and put it on the blog, and I talked to my butcher at Troy’s Meats and we called it the Gusface mince.

“It was basically just good quality burger mince with a good fat ratio, minced up with a coarse grind, put a little bit of seasoning on it and away you go.

“We thought it was just going to fizzle out and people would find something new to do the following week, but it kept selling out."

He would put on more and kept selling out, and it developed this kind of a cult following of sorts that exceeded both of our expectations, considering the recipe is effectively on my blog.

“Now I have to give him a heads-up before publishing any articles, because everyone will go in and ask for what I was cooking.”

Mr Gallagher said one of the dynamic and exciting aspects of barbecuing was the myriad techniques that could be utilised, and the wide range of proteins that can be cooked on an outdoor grill.

In Mr Gallagher’s cooking arsenal are around 40 different pieces of equipment, ranging from kettle barbecues to big offset smokers popular in the barbecue competition scene.

And despite cooking with charcoal several times each week, Mr Gallagher said he would struggle to name a favourite technique or recommend a certain type of barbecue.

“The barbecue you get is often a bit like buying a car,” he said.

“You can guide someone based on price, capacity, all those sorts of things, then ultimately there is going to be some sort of personal preference there as well.

“Often they will have pros and cons; an offset for example requires a bigger investment of time and money.

“If you buy a cheap offset you are going to create yourself a world of problems, a $300 to $500 is going to be more trouble than it’s worth, whereas you can spend that same money on something like a bullet smoker or a Weber and get pretty good results.

“And regardless of how big your offset is, every 45 minutes to an hour you are feeding it with a bit of wood.

“That’s part of the fun and part of the journey, and possibly achieves a better result, but it does require that time commitment.”