A cautionary tale on worker health

Healthy employees bring obvious benefits to the workplace, but how their personal medical details are used may have unintended consequences. 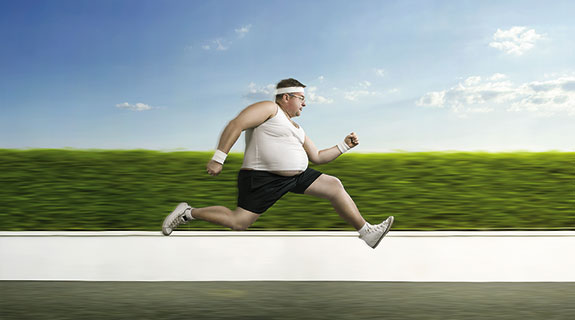 RACING TIME: Workplaces are encouraging their staff to be healthier. Photo: iStockphoto/Nastco

Healthy employees bring obvious benefits to the workplace, but how their personal medical details are used may have unintended consequences.

What starts in the US has a habit of spreading worldwide, and not always for the better, which is what can be said of a trend emerging in the way employers are treating the privacy of employees.

Healthcare is the core issue, alongside its fashionable derivative ‘wellness’, whatever that might mean.

The US treatment of health, wellness, and employee privacy is very different to the Australian treatment of those topics; but as was inferred earlier, what starts over there has a habit of washing up here.

Several recent court cases in the US over the question of employee rights have raised the heat in the healthcare debate, specifically over how much control an employer can have when it comes to an employee being sure that he or she is fit for work.

What’s driving US employers to become more intrusive in the field of personal health is the fact that, in many cases, they pay for employees’ health insurance – and healthy workers cost less than unhealthy workers.

In the most recent case, which resulted in a win for the company, a plastic container maker cancelled the health insurance of a worker because he missed the deadline for medical screening, a process that included biometric testing, which can involve anything from measuring blood pressure all the way to DNA analysis.

The case was taken on behalf of the worker by a US federal government agency, the Equal Employment Opportunity Commission, an organisation that has as one of its goals the prevention of companies using health screening as a condition of paying for health insurance.

Unfortunately for the government, and the worker involved, a court found that an employer could use health testing before deciding whether to pay for an employee’s health insurance.

Because Australia has a totally different system of health insurance, which ensures that everyone has access to hospital and medical treatment, the question of employers paying for health insurance is not relevant here.

However, having a healthy workforce is obviously more appealing to a company than an unhealthy workforce on the simple test of how many sickies a worker takes, or whether the worker is mentally alert when on the job.

Mining companies have led the way in one aspect of managing workforce health – alcohol and drugs – with an exhaustive testing regime designed to eliminate both from the workplace because of the obvious dangers of accidents, which can damage equipment or kill people.

The question as to what may come next flows from the combination of Australian drug and alcohol testing before and during work, and the US use of biometric analysis to sift out unhealthy workers, such as the fat or diabetic.

It doesn’t require too much imagination to see the health question flowing into a highly detailed analysis, including DNA and family health history, to predict the risk of heart attacks, stroke, or cancer in a worker and using that information to dismiss a worker or inhibit his/her promotion within a company – or not employ that person in the first place.

Workforce health is a touchy subject, as some companies have already discovered.

Back in the 1980s, a big Western Australian iron ore miner faced a moral dilemma with its Aboriginal employment program, which was set up to increase job opportunities for Pilbara Aboriginals.

Low-level health tests of the sort every worker underwent at the time revealed a high degree of serious ill health among most Aboriginals in the Pilbara, a fact that is well understood by the medical community and the subject of many government-funded health improvement programs.

Should it tell the potential employee he had the early signs of a life-threatening disease, or was that information private?

Medical science has moved on since that Pilbara experience, with companies now having at their disposal a range of tests that can be used to filter out the unhealthy or those predisposed to a future medical problem.

How that information is used has become the critical question, and what’s happening in the US health insurance situation is an example of how a development that started with the best intentions can become a legal and personal nightmare.