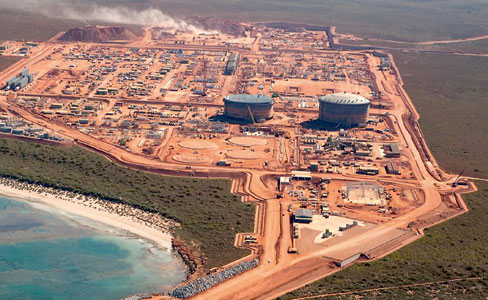 ASK the average Western Australian to name the state’s major petroleum export and most would surely answer liquefied natural gas.

That is the sector that gets all of the attention, based on the scale of the North West Shelf venture and the billions of dollars being poured into new projects such as Pluto, Gorgon and Wheatstone.

The official statistics say otherwise, with crude oil exports actually worth more than LNG exports in 2011.

Crude oil exports amounted to $11.4 billion last year, well ahead of LNG exports at $8.6 billion, according to the Bureau of Statistics and the Department of Mines and Petroleum.

That ranking is likely to change in the near future, as new LNG projects are commissioned.

The North West Shelf venture, for instance, had total exports of $14.9 billion last year, based on estimates by WA Business News using data published by project operator Woodside. (The calculation deducted domestic sales of pipeline gas and liquefied petroleum gas and extrapolated from the residual figure to estimate the NWS venture’s export sales.)

About 40 per cent of the NWS venture’s total export sales were from condensate ($5.2 billion) and oil ($700 million).

Putting those two together, the NWS venture accounted for just more than half of the state’s ‘crude oil’ exports.

Looking ahead, the petroleum sector’s growth is dominated by LNG projects, and in contrast there are doubts about whether the state can even sustain, let alone grow, oil production.

Speaking at a Committee for Economic Development of Australia resources conference in Perth last week, Woodside executive director commercial Rob Cole said one-third of growth in global LNG capacity in the next few years would come from WA.

Chevron’s Gorgon project is due to start producing in 2015, followed by its Wheatstone project and Shell’s Prelude project, which are expected to commence producing in 2016.

Together, these projects will have annual LNG capacity of 27.5 million tonnes.

That will be on top of production from the NWS venture (16.3mtpa) and Woodside’s Pluto project (4.3mtpa), which was commissioned this year.

Once all of these projects are in production, the value of WA’s LNG exports would be more than three times last year’s figure of $8.6 billion.

“In contrast to gas, new oil projects are currently not being developed at a rate quick enough to offset declining rates of production at existing fields,” Mr Cole told last week’s CEDA conference.

“So there is a major and concerning challenge ahead for our industry, indeed for the state and the country, to continue discovering and developing new oil resources.”

Production from these fields started in 2005 and their life was extended after a $1.8 billion redevelopment project that included the commissioning last year of the Okha FPSO.

The main contributors were the Woodside-operated Vincent and Enfield projects. Woodside also has an interest in BHP’s Stybarrow field and a smaller interest in Santos’ Mutineer-Exeter field.

US company Apache is also a big exporter, with WA oil sales of $1.6 billion last year, according to data published in the company’s form 10-K filing with US regulators.

The biggest contributors to its WA oil exports were its Van Gogh and Stag projects and its interest in BHP’s Pyrenees project.

Another player in WA’s oil sector is Santos, which operates the Mutineer-Exeter project.

Santos also has an interest in Apache’s Stag project and the Chevron-operated Barrow Island oil fields, located on the same island as Chevron’s Gorgon LNG facility.

Mr Cole said there had been no significant new developments in the oil sector since the Van Gogh and Pyreness projects were commissioned in the Exmouth sub-basin in 2010.

He noted a limited number of developments with the potential to begin producing in the next few years.

The only ‘greenfields’ development is Apache’s Balnaves project, which involves development of new fields via an FPSO.

Santos is proceeding with its $490 million Fletcher-Finucane development, which involves a tie back to its Mutineer-Exeter FPSO.

Woodside is also evaluating the development of its Cimatti and Laverda fields, both located near its existing Enfield project.