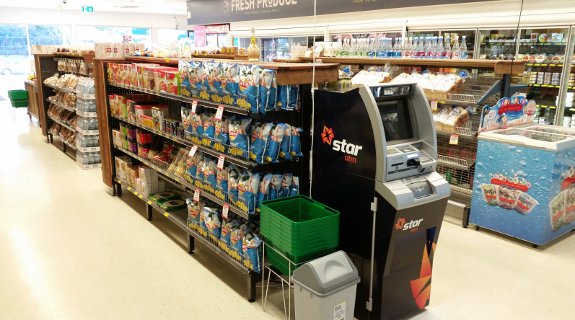 The companies recently raised $3m in equity at 3.5c per share to complete the merger, creating a formidable war chest to kick start their ATM machine roll out strategy across the country.

ICash have now changed their name to Stargroup Limited as part of the deal and will continue deploying ATM machines under that name.

iCash have now issued 157,142,857 shares to former Stargroup shareholders and 14,385,714 shares to its ATM machine supplier, South Korean based NeoICP to complete the merger.

Stargroup major shareholders Arthur Ognenis and Todd Zani have committed to a 12 month voluntary escrow for their iCash stock and Mr Zani has taken up the position of CEO and Executive Chairman of the merged entity.

Shaun Sutton, Zaffer Soemya and Taejin Kim have also been appointed to the iCash Board and Mr David Sungkon Kim and Mr Ghi Jin Kim have resigned.

The company is now set to implement its 5 point plan for growth that includes an organic roll out of ATM machines , further value accretive acquisitions, entering the EFTPOS market, rolling out their unique “re-cycler’ ATM machine and wholesaling their own brand of ATM machines to other operators.