You gotta flearn before you flourish

Perth is well behind world-leading cities when it comes to supporting tech start-ups. 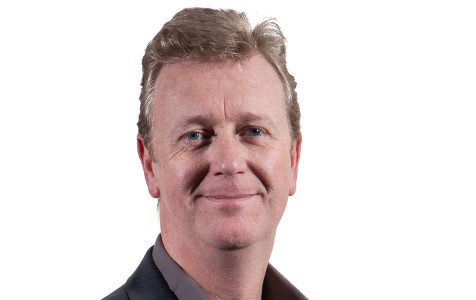 A recent report commissioned by the City of Perth found there are about 2,500 people involved in Perth's 100 or so tech start-up companies.

The report defined 'tech start-ups' as highly scalable technology businesses less than 3 years old. Ones that could be the next Google, Twitter, Instagram or Facebook - born on a laptop with a handful of staff.

The same report also noted that there was only an amount equivalent to $3 per capita available to invest in them (excluding government money). This compares to an average per capita bet of $9 that will be spent on today's Melbourne Cup.

Over in Silicon Valley the spend on tech start-ups is $1,300 per person; in Israel it's $900 and in Denver-Boulder $500. Each place has become well known for welcoming innovators and venture capitalists, as well as being great places to live.

Perth certainly has the latter going for it, with key people being drawn here from across the globe for the city's outdoors lifestyle and family friendly appeal.

It is clear that Perth needs more investment capital if these fledgling businesses are to get off the ground. However, money is never enough. There needs to be a sophisticated approach in choosing between the best businesses, accompanied with the best mentoring to help nurture them through. Perth seems to lack the all-important 'accelerators' that propel the best start-ups through their foundation stage to the mass market.

Most tech start-ups will fail, of course. By their very nature they are fragile, 'idea businesses', without scale. Some poor decisions early on can be enough to sink them without trace.

Fear of failure, however, does not seem to be a deterrent. Tech start-ups are always trying something new, and launching into the unknown. That's part of the attraction.

Start-up entrepreneurs often joke about their failures, as though they are battle scars to be proud of. There's even a new verb for the experience – 'flearning' (a condensing of 'failure' and 'learning').

These failures aren't the black mark on an individual's resume, however, with investors typically preferring entrepreneurs with a couple of failures behind them to blue-eyed innocents who have no grasp of reality. All that learning, sorry, flearning, makes them harder and more eager for the next challenge.

In Spacecubed (with its two spaces at 45 and 131 St Georges Terrace) and Synch Labs (Leederville), Perth has locations around which the start-up ecosystem can revolve. With StartUp Weekend, OzApps, Founder Institute and GovHack, there are events that encourage and celebrate 'techpreneurship' and coders.

As the City of Perth report notes, what Perth needs now is more high-profile success stories; companies that have had a good exit, made a few million and can fund the next round of start-ups.

The successful entrepreneurs and investors start to gain the confidence and experience needed to get more balls rolling. No doubt Perth's early mining sector went through this phase, and in the 'other mining' (technology) there are going to be some spectacular wins, and some speculative losses.

This virtuous cycle has fed the creativity of California, Israel and Colorado. We have the people here, we have the ideas; all we need now is a bit of time, and some more high profile wins.