Wiluna Mining’s development program over its namesake WA operation continues to come up trumps with reserve drilling across the Happy Jack deposit returning 1.78 metres grading a stunning 66.74 grams per tonne. Meanwhile drilling at East Lode has turned up intercepts of 13.12m at 6.89 g/t and 6.85m at 7.72 g/t gold, underlining the lucrative nature of the deeper sulphide mineralisation. 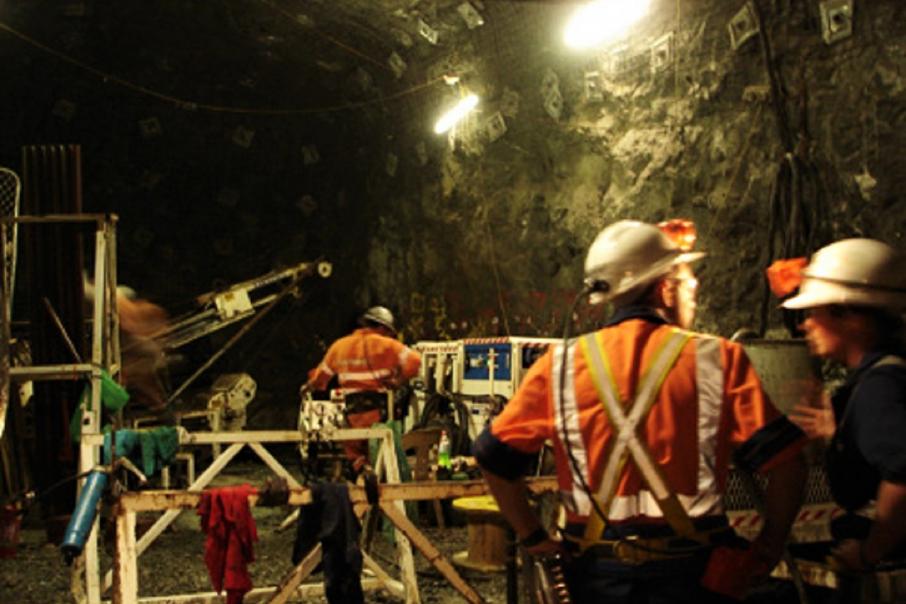 Underground development drilling at the Wiluna gold mine in Western Australia. Credit: File

Wiluna Mining Corporation’s massive development program over its namesake WA operation is continuing to come up trumps with reserve drilling across the East Lode and Happy Jack lodes returning a wealth of high-grade gold intercepts. Diamond drilling at Happy Jack has delivered a 1.78m-wide interval grading a stunning 66.74 grams per tonne whilst ongoing testing of the lucrative East Lode has turned up intercepts of 13.12m at 6.89 g/t and 6.85m at 7.72 g/t gold.

The latest batch of drill results comes from almost 17,000m of drilling that forms part of the company’s ongoing resource-reserve drilling campaign across the 10-million-ounce Wiluna mining complex, about 500km north of Kalgoorlie.

The company is presently looking to expand gold production from the operation through a three-pronged approach - mining both free-milling and sulphidic ores whilst kicking off a tailings reclamation project.

Wiluna currently produces about 60,000 ounces per annum but is looking to expand that production to more than 120,000 ounces a year as part of its Stage 1 expansion program over the coming year. The primary mechanism for this growth will come from its underground mining operation which will feed into a new sulphide circuit, currently under construction.

With the commissioning of the sulphide concentrator scheduled to commence in October this year the company is now drilling up a storm as it races to delineate a wealth of near-surface mineralisation across the Wiluna Mining complex.

In recent months the three main targets have been the Golden Age mining area, north-west of Wiluna’s mill,  and the East Lode and Happy Jack sulphide resources, both proven performers since the modern Wiluna mining era kicked off in 1984.

Drilling at Golden Age continues to return high-grade free-milling intercepts such as 1.9m at 14.04 g/t gold, including an astounding 0.25m at 90.11 g/t gold. Ore from the Golden Age mine currently provides the feed for the milling circuit at Wiluna and is likely to continue to do so for the foreseeable future.

However, development drilling across the East Lode and Happy Jack resources is also bringing home the bacon, with new intercepts including 13m at 4.18 g/t gold from East Lode and 8.61m at 5.01 g/t gold in Happy Jack.

Wiluna currently boasts resources in the order of 60 million tonnes grading at close to 3 g/t gold. However only 4.3 million tonnes at 4.74 g/t gold have been converted into mineable underground reserves, presenting a massive opportunity for the company in the months and years ahead.

The majority of Wiluna’s 660,700 ounces in sulphide reserves are hosted in the East Lode, Bulletin, Happy Jack and Burgundy deposits. Drilling is now set to add to these totals and prove up additional positions at Starlight in the north of the complex and the Essex and Calvert deposits, all of which are readily accessible via existing underground infrastructure.

In the wake of its ongoing drilling program the company is now remodelling these potential mining positions and expects to update its resource position in coming weeks.

Wiluna’s management is aiming to build a long-life operation in WA’s North-Eastern Goldfields and in light of ongoing exploration success across the 4km-long mining complex, is currently undertaking a detailed review of the historical exploration and building a new mineralisation model. The company says whilst the mineralised system currently hosts a gold endowment of about 10 million ounces, most of the drilling across the mining area only reaches to about 600m below surface.

Bearing this in mind the company has recently completed detailed seismic surveys, more commonly used in oil and gas exploration, across the mine area. The surveys indicate structures hosting the gold at Wiluna are deep-seated, extending to more than 3,000m below surface, which will probably have the company’s geologists planning a swathe of deep drill holes across the terrane to assess the true potential of the massive gold-rich deposit.

However, in the interim Wiluna will no doubt be content defining the substantial near-surface sulphide prize to feed its shiny new sulphide processing circuit. With construction now fully funded the company is set to deliver an ongoing flow of results and expanded gold production in the months ahead.