Wiluna Mining Corporation has posted a bumper resource upgrade with the company’s ongoing drilling campaign having now defined a colossal global resource of more than 8 million ounces of gold. This wealth of mineralisation extends over the entire Wiluna field, from the Matilda deposits in the south through to Galaxy in the north and also hosts a higher-grade core of mineralisation that tips the scales at an impressive 4.24 million ounces, averaging 4.89 g/t gold. 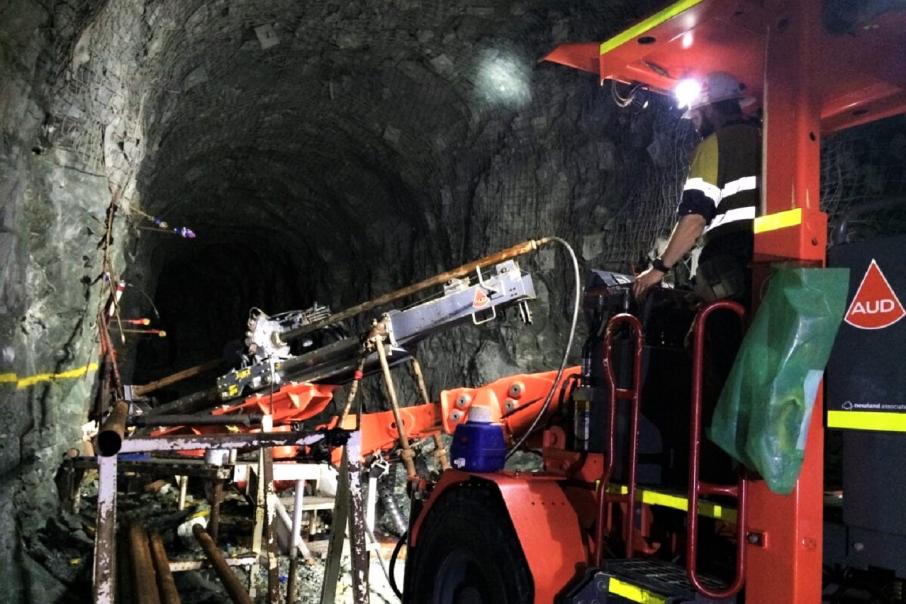 Wiluna Mining Corporation has posted a bumper resource upgrade with the company’s ongoing drilling campaign having now defined a colossal global resource of more than 8 million ounces of gold. This wealth of mineralisation extends over the entire Wiluna field, from Matilda deposits in the south through to Galaxy in the north. It also hosts a higher-grade core of mineralisation that tips the scales at an impressive 4.24 million ounces, averaging 4.89 g/t gold.

The company’s update comes hot on the heels of a recently tabled set of resources announced at the end of September 2020 and reflects the fervour of activity taking place across the operation as Wiluna secures its mining reserves and launches into its Sulphide Development program. Wiluna has completed more than 30,000m of drilling across the mining area in just the last four months.

Wiluna has modelled its newly tabled resources at various cut-off grades which relate to potential open pit and underground mining scenarios. The low-grade cut-off, at 0.4 g/t gold, offers up a staggering resource of 154 million tonnes at 1.63 g/t, for an immense 8.04 million ounces. These new figures add 700,000 ounces to the September 2020 inventory representing a respectable 9 per cent increase in total contained gold for the project.

However, when the mining centre is modelled at a higher-grade cut-off, at more than 2.5 g/t gold, the high-grade heart of the giant ore system is revealed. This figure tips the scales at 27 million tonnes at 4.89 g/t gold, for 4.24 million ounces, predominantly in the coveted measured and indicated resource category, which reflects the ore that might be mineable in a range of hard-rock and underground mining scenarios across the operation.

This high-grade resource also adds a further 477,000 ounces to the company’s inventory at this level, which equates to a healthy 11 per cent increase in gold content from the June 2020 figure. More importantly, this large resource provides a crucial feed for the company’s sulphide development strategy.

“Our ongoing $30 million drilling campaign has focused on high-grade areas with the potential to be mined at the start of our Sulphide Development schedule. Drilling has successfully added tonnes, improved the grade and improved the portion within Measured and Indicated confidence categories. We are delighted by these results because they build upon our strategy to enhance the very large, high-grade Wiluna Mineral Resource.”

“Significantly, this ongoing work continues to confirm that Wiluna is a very large-scale, very high-grade gold system. It affirms our strategy to pursue the large sulphide resource housed within the Wiluna gold system. We believe we can eventually end up as one of the largest gold deposits in Australia and become a Tier 1 gold mine in a Tier 1 jurisdiction.”

The Wiluna gold project is located at the northern end of the mineral-rich Wiluna-Norseman greenstone belt in the North-eastern Goldfields of Western Australia. The company’s ground holding extends over more than 75km strike of this fertile terrane, covering a commanding 1,600 square kilometres.

Gold was first discovered at Wiluna in the late 19th century with the district estimated to have produced more than 4 million ounces of gold since that time. Wiluna Mining’s latest resource upgrade continues to unearth the potential of this well-endowed gold camp and has now elevated the region to a new level.

The Wiluna district currently boasts a total of more than 12 million ounces of mined and in-ground resources, cementing the regions claim as one of the largest gold districts in Australia.

The company’s short-term aim has been to upgrade and expand key high-grade resource positions within its Mining Centre and to delineate a flush of new free-milling high-grade ore shoots to underpin the company’s dual-stream production strategy in the short to medium term.

Wiluna’s Stage 1 expansion program is targeting the production of around 750,000 tonnes of underground sulphide ore per annum to feed an upgraded and enhanced milling operation. The expansion in the processing facilities is advancing and will result in production from the operation stepping up from around 60,000 ounces of free-milling gold last year to around 120,000 ounces per annum in the coming years.

The company’s ultimate aim is to complete a Stage 2 expansion, which will ramp up production to more than 250,000 ounces per annum. This increase in output will come from the manufacture of two product streams namely gold bullion, from its free-milling ores and gold-in-sulphide concentrate, from the expanded mining and milling operation.

With four drill rigs on site mapping out the rich gold ores across the Wiluna mine camp and the company’s Sulphide Development strategy underpinned by a high-grade resource topping 4 million ounces, Wiluna Mining is ticking all the boxes as it continues to unearth a wealth of new resources across the operation and races towards doubling its current gold production in 2021.