Wiluna Mining Corporation’s expansion program in WA looks to be on-track, with the new sulphide processing circuit now under construction whilst new mine development and exploration continues apace. The company has completed a frenetic quarter that saw it push the button on the Stage 1 development program, which will likely see Wiluna double its gold production in the year ahead. 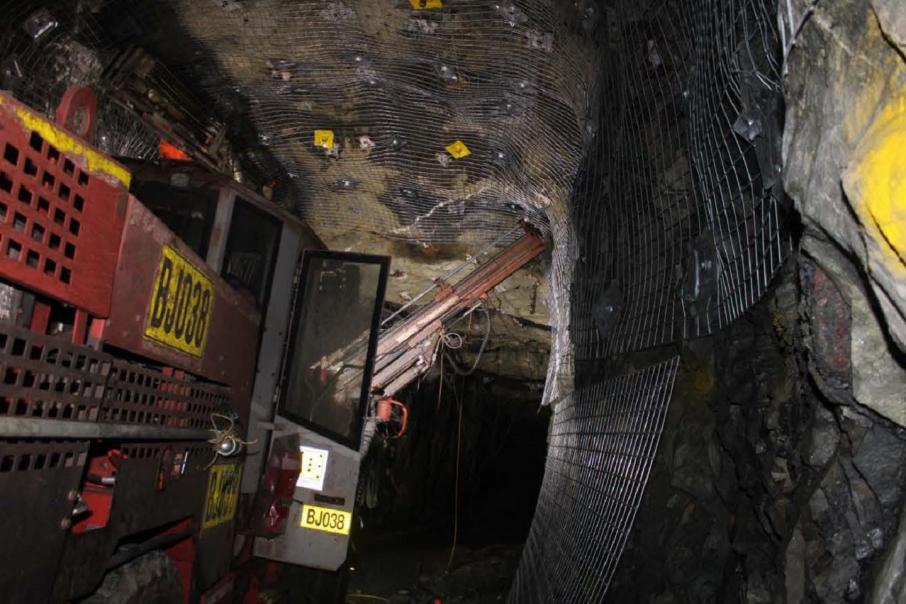 Wiluna Mining Corporation’s expansion program in WA looks to be on-track, with the new sulphide processing circuit now under construction whilst new mine development and exploration continues apace.  The company has completed a frenetic quarter that saw it push the button on the Stage 1 development program, which will likely see the company double its gold production in the year ahead.

Key to the strategy is the installation of a floatation and concentration circuit to create a gold-rich sulphide concentrate for sale into the growing seaborne market for this highly profitable intermediate precious metal product.

As part of the Stage 1 expansion project, Wiluna will lift its gold production from around 60,000 ounces a year to more than 120,000 ounces per annum, with gold being produced via four inter-related circuits including free gold from the gravity circuit, the existing 2.1 million tonne per annum Carbon in Leach plant, a new sulphide circuit and a tailings retreatment facility.

Work on the new sulphide circuit has now moved into top gear with most of the foundations now poured, orders for the long-lead items placed and construction of various buildings and tanks also well advanced. The company says the work program is proceeding on schedule and within budget, with the new plant expected to be commissioned in October of this year.

In order to feed the new circuit, the company has continued to drill out a bounty of near-surface sulphide resources, many of which are fortuitously adjacent to existing mine infrastructure

Development work to access this ore is now underway across the mine site. Underground development has included the extension of the Golden Age decline and refurbishment of the underground access at Happy Jack North and Essex.

Wiluna Mining Executive Chairman, Milan Jerkovic said: “A significant Investment of $27 million was made in the March quarter by the Company towards development, mainly in underground mine development, processing infrastructure as well as a significant drilling program to expand our resources and reserves for inclusion in the Stage 2 feasibility study due at the end of this year. Our current operation is generating healthy operational cashflow which is contributing to this investment. “

“What the ultimate size this is we are not sure yet, but we believe a minimum of 250kozpa through the predominantly underground mining and through the multi circuit processing facility we plan in Stage 2 is where the Feasibility Study is taking us. Depending on drilling and discovery, particularly at the largely untested depths below 600 metres, Wiluna could end up one of the largest gold mines in Australia.”

Whilst the company’s current expansion program is fully funded, Wiluna continues to draw on a solid financial performance, with cash flows coming in at $7.5 million for the quarter, topping the December quarter result of $7 million. The company has recorded cash flows of more than $16.9 million for the financial “year to date” as it continues its campaign to grow the budding operation.

Ultimately, Wiluna’s aim is to increase its output to over 250,000 ounces of gold per annum by continuing to expand its mining operations and processing capacity, thereby taking full advantage of the treasure trove of mineralisation across the near-mine environs. The massive Wiluna goldfield currently boasts a resource of more than 7 million ounces, ranking it as the 7th largest goldfield in Australia.

Wiluna Mining continues to build on this massive resource as it drills out a blend of free-gold and sulphide ores to feed its burgeoning milling capacity. The company maintains a large drilling fleet on site, with both reverse circulation and diamond drilling rigs running around the clock.

Drilling has provided an ongoing stream of results including a wealth of high-calibre intercepts from various developing resource positions through-out the Wiluna field. Results from the Golden Age mine include 6.87 metres at 30.61 grams per tonne gold, whilst drilling below the planned Essex underground has returned 2.35m at an impressive 61.05 g/t gold.

Elsewhere, drilling under the old Starlight open pit has returned a gaggle of  interesting results including 15m at 7.23 g/t and 6m at 6.64 g/t, with the deposit potentially shaping up as the company newest resource.

Exploration through the quarter saw a dramatic jump in the company’s mineable reserves, thanks in part to the massive conversion of underground resources to reserves. The company’s underground mine inventory jumped an incredible 142 per cent and now stands at 4.33 million tonnes grading 4.74 g/t gold, containing more than 661,000 ounces of the precious yellow metal.

The upgraded reserves contain more than enough feed to keep the company’s plant busy for a significant number of years and are slated to provide strong cash flows as Wiluna’s expansion program is brought to fruition.

Wiluna is now knee deep in its feasibility study for the Stage 2 expansion, with metallurgical test work, plant design and detailed cost estimates all now underway.

With Wiluna continuing to pump out gold and its Stage 1 expansion program also well in hand, the company’s aspirations of an expanded production scenario appear to be a foregone conclusion.

However, with drilling continuing around the clock and a 7-million-ounce resource already under its belt, it could be argued that Wiluna Mining is on the verge of finally becoming a serious West Australian gold miner.