Wiluna Mining looks set to bank more than $110 million over the next 12 months after it secured a $21 million drawdown facility repayable in gold and hedged a further $90.9 million of gold at near record prices. The nine-figure windfall comes at an opportune time for the company as it begins the expansion of the Wiluna processing plant and gears up for an innovative transition into sulphide concentrate production. 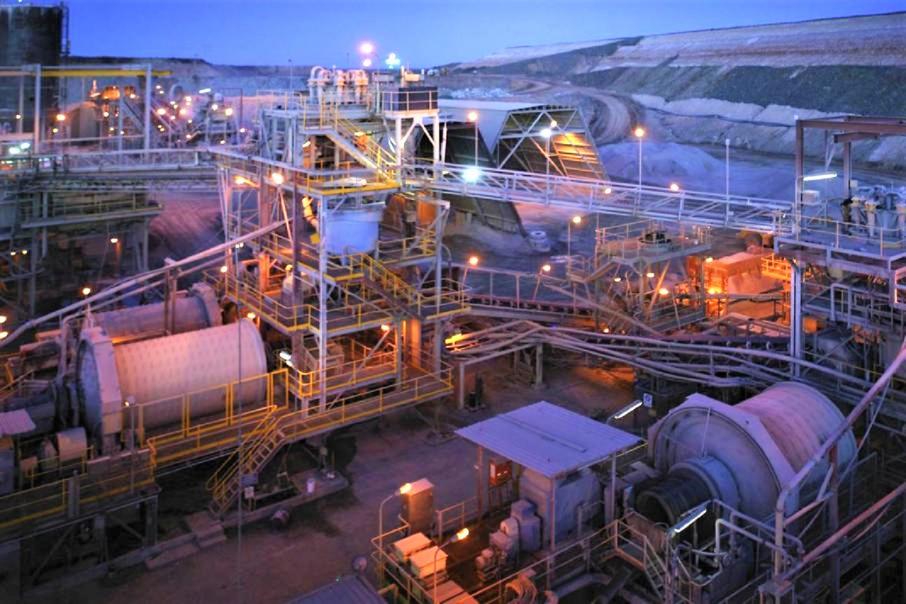 Wiluna Mining looks set to bank over $110 million after it secured a $21 million drawdown facility repayable in gold and hedged $90.9 million of gold at near record prices. The nine-figure windfall comes at an opportune time for the company as it begins the expansion of the Wiluna processing plant and gears up for an innovative transition into sulphide concentrate production.

In the first instance, Mecuria is providing Wiluna Mining with a pre-paid ‘swap financing’ facility that functions via a simple mechanism. Mecuria will supply the company with $21 million funding that will be drawn down immediately, which will be repaid over the next twelve months by the company delivering 699 ounces of gold bullion per month to Mercuria - a relatively modest total of 8,388 ounces over the period.

Wiluna has the potential to increase the Mercuria facility via a second tranche of funding, for $40 million on similar terms, subject to the success of the Stage 1 work program and credit approval from the provider.

The company has also put in place a hedging facility with Mercuria to deliver an additional 34,000 ounces to the group at $2,674 per ounce, charging up Wiluna’s cash-flow to the tune of $90.9 million over the next 12 months.

Mecuria is one of the four largest privately held commodity traders in world and operates in more than 50 countries. The company was founded in Switzerland in 2004 and operates hubs in Geneva, London, Dubai, Singapore, Shanghai and Houston.

“We are delighted to be able to draw down on this A$21 million facility as it provides important funding for our Stage 1 Expansion. The ability to upsize the prepay amount by up to an additional A$40 million, and to align this to our capital requirement timetable on the Stage 1 Sulphide extension, gives us real flexibility to finish the Stage 1 Expansion and fast track studies for Stage 2”.

“With gold trading at record highs, the timing of the finalisation of this draw down and the associated hedging facility Mercuria have provided immediately on draw down, is extremely favorable”.

The Stage 1 expansion at Wiluna is aimed at bringing to fruition the company’s trailblazing strategy to transition the operation from the 100 per cent onsite production of gold bullion to a blend of bullion and sulphide gold concentrate production for sale into the flourishing Asian market.

The fully funded Stage 1 expansion will see the company convert 250,000 ounces of gold from the company’s current resource inventory into mineable reserves which will then underpin the expansion of the onsite milling and processing facilities and extend the mine life of the operation.

The expanded processing plant will utilise the crushing and grinding facilities already in place at the Wiluna mill, delivering considerable cost savings to the Stage 1 program. However, the company will add multiple floatation circuits and a concentrator to the processing facilities to allow the production of a gold concentrate for sale into emerging global market for the product.

This crucial new direction for Wiluna by-passes the more difficult  processing of the refractory sulphide ores onsite, de-risking production for the company and delivering a welcome cash boost into its coffers from an intermediate concentrate product – Wiluna will continue to produce gold onsite from it’s free-milling ores.

With $21 million set to hit company’s coffers in the coming weeks the Stage 1 program can now proceed to completion. The drilling program is already underway at a number of the reserve targets including the Essex, Calvert and East Pit deposits. In addition, the company has already forward sold the first three years of concentrate production from the augmented operation, further endorsing the plant expansion project.

Stage 2 of Wiluna’s expansion program will include additional drilling out of reserves, mine development and additional plant expansion to further extend the life of the operation and boost production to around 250,000 ounces of gold per annum.

As the company breathes new life into the well-endowed Wiluna goldfield it is drilling up a storm, with seven rigs on site going flat-out to prove up its mineable reserve. The company will doubtless have a spring in its step as it locks in the Stage 1 plant expansion and looks down the barrel of more than 100,000 ounces per annum production initially and the financial windfall set to follow.

With gold tracking at close to US$2,000 an ounce and a solid block of production hedged for the coming 12 months,  there’s a lot to like as the company’s innovative new management and expansion program looks to realise the full potential of the colossal 6 million-ounce Wiluna goldfield.