Wiluna Mining Corporation has given the green light on the expansion of processing operations at its world-class gold mine and is poised to increase production to more than 100,000 ounces of gold per annum. The increase will flow from the construction of new sulphide concentrator at the operation to produce a second product stream for sale into the growing global gold-in-concentrate market. 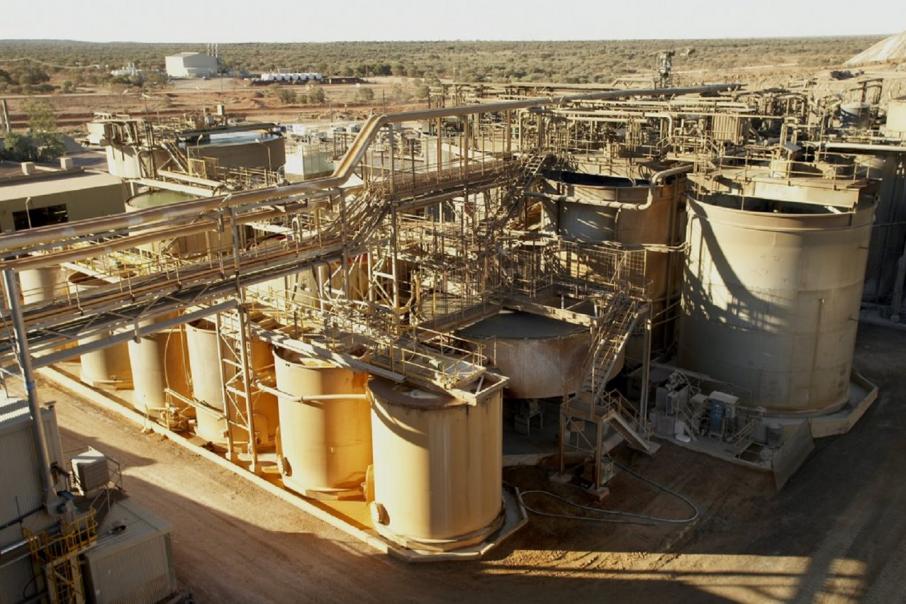 Wiluna Mining Corporation has given the green light on the expansion of processing operations at its world-class gold mine and is poised to increase production to more than 100,000 ounces of gold per annum. The increase will flow from the construction of new sulphide concentrator at the operation to produce a second product stream for sale into the growing global gold-in-concentrate market.

Wiluna’s board have pushed the button on the Stage 1 sulphide development program and have wasted no time in awarding industry stalwarts GR Engineering the contract to oversee the engineering, procurement and construction, or “EPC” of the new concentrate circuit.

The decision marks a critical step forward as the company chases down its ultimate ambition of establishing a long-life mine in WA’s northern goldfields.

It has also laid out a development schedule of the new sulphide circuit, with the final construction agreement expected to be put in place at the beginning of December 2020 through to final commissioning in September 2021.

Wiluna’s estimated budget for the concentrator component of the Stage 1 program comes in at around $26 million and is fully funded following the recent hedging arrangements put in place by the company. Funding includes the establishment of a $21 million drawdown facility with international commodity trader Mercuria Energy Trading and hedging of over $90 million of the company’s future gold production – Wiluna is also sitting pretty on around $15 million in cash generated from ongoing production.

“I’m pleased to report that significant progress has occurred surrounding the sulphide development plan. A significant hurdle was met when the Board of Directors approved the construction of the concentrator and the appointment of GR Engineering to undertake the EPC contract for construction. The timetable is confirmed and the capital requirements for Stage 1 will be fully funded with the expected draw down of the Mercuria second tranche debt facility and work will commence immediately with commissioning planned for September 2021. “

The Wiluna gold project is located in the north-eastern goldfields of Western Australia and covers a strike length greater than 75km across the revered Wiluna-Norseman greenstone belt. The mine has rich a history of production, dating back more than 100 years, with over 4 million ounces having been won from this auriferous terrane. The project tenure extends over more than 1,600 square kilometres surrounding the existing gold mining operation.

Wiluna’s planned escalation of gold production at the mine comes on the back of a flurry of activity in recent months, which has included ongoing pit and mine dewatering allowing access for future mining, the construction of a new tailings facility, upgrading of the accommodation village, refurbishment of the sulphide crushing and milling facilities and the recently announced upgrade to the project's resource inventory.

The company now has an impressive 7.3 million ounces of gold on its books, which includes the Wiluna Mining Centre as well as regional deposits and stockpiles. The updated inventory places Wiluna firmly into the top 10 gold mining centres in Australia, slotting in at number seven, with the overall resource set to grow further in the coming months as drilling continues across the burgeoning mining centre.

“The sheer size of Wiluna, which is now the 7th largest gold district under single ownership in Australia, based on JORC Mineral Resources, throws up challenges but nothing worthwhile comes easy and we believe the prize for shareholders of developing this project in a systematic, thorough and staged manner to become a Tier 1 asset in a Tier 1 jurisdiction will be worth it”.

The company’s Stage 1 sulphide development program is underpinned by the higher-grade resources being proved up within the Wiluna Mining Centre. These resources currently stand at an impressive 23.9 million tonnes at 4.89 g/t gold, estimated using a 2.5 g/t cut-off hosting 3.76 million ounces.

The initial sulphide ore to feed the Stage 1 sulphide circuit will come from the development of the underground ore positions at the Bulletin, Happy Jack and Essex deposits, with mining expected to target the mineralisation down to around 600m below surface.

Wiluna is also examining a raft of improvements at the evolving mine to increase production and operational efficiencies, including the use of renewable power sources, the adoption of bulk mining methods, and tailings reprocessing which may also produce the twin benefit of reduced cash costs.

With the first 3-years of gold-in-concentrate production already spoken for, the company appears to be laying down a solid foundation for its expansion program. Looking forward, Wiluna has outlined plans to more than double its production again to more than 200,000 ounces per annum with the aim of further lifting profitability.

If the company can make good on these lofty ambitions, it may well be able to fulfil its ultimate goal of establishing a long-life gold mining operation in WA’s northern goldfields.