Perth-based gold-miner Wiluna Mining is frantically ticking boxes as it gains momentum on the downhill run towards commissioning its 750,000 tonne-per-annum flotation plant as part of its major production ramp-up plan at its namesake project in WA. The company expects the plant to be in operation in December and is targeting increased production to 120,000 ounces per annum by the end of the 2022 financial year. 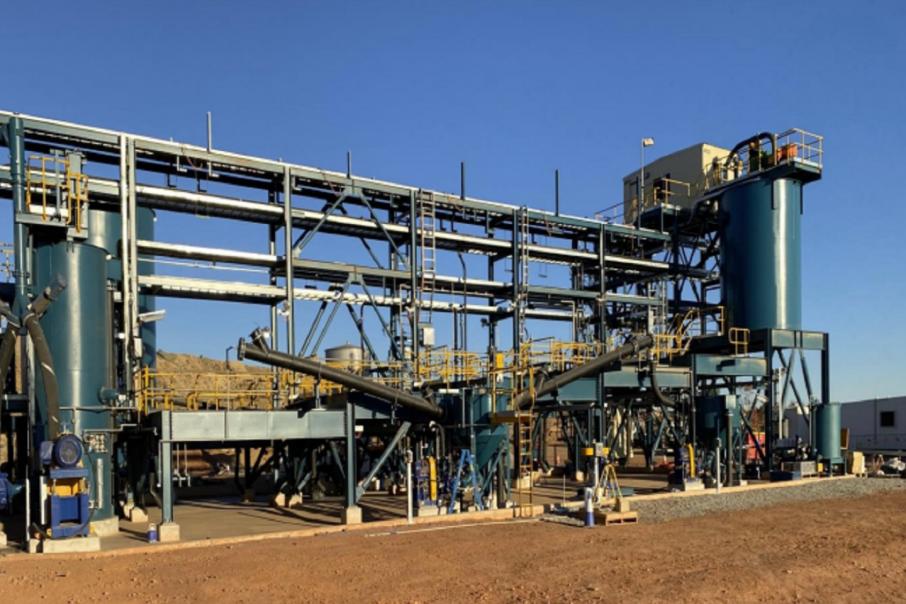 Perth-based gold-miner Wiluna Mining is frantically ticking boxes as it gains momentum on the downhill run towards commissioning its 750,000 tonne-per-annum flotation plant as part of its major production ramp-up plan at its namesake project in WA. The company expects the plant to be in operation in December and is targeting increased production to 120,000 ounces per annum by the end of the 2022 financial year.

Located in the mineral prolific Goldfields of WA, the Wiluna Mining Centre boasts over 7 million ounces which places it firmly in the top 10 of Australia’s largest gold districts under single ownership. More than 4 million ounces of gold have been historically mined from twenty open pits in the area and three underground mines within 20km of the company’s Wiluna processing facility.

Wiluna Mining is in the throes of completing the next development stage of a two-staged, three-year development plan which will see the company strengthen its balance sheet, increase operational cash flows, transition to the production and sale of gold concentrate and expand overall gold production dramatically. The company will also pursue more exploration and feasibility studies to ultimately reach its 250,000 ounce-per-annum Stage 2 milestone and add an additional 500,000 ounces to current underground ore reserves.

Under Stage 1 of the development plan, Wiluna aspires to increase gold production to 120,000 ounces per annum from the existing 60,000 ounces a year.

Underground operations have ramped up with the company focusing on securing short term production and cash flow from the Golden Age free-milling orebody while continuing rehabilitation of existing accesses and infrastructure to establish stoping production areas for sulphide ore from Golden Age, Bulletin and Happy Jack lodes. The first ore drives delivered sulphide ore in August in preparation for the sulphide plant commissioning, with mining of the first stope of sulphide ore expected in late October.

Rehabilitation of underground declines for the mining of sulphide ore continues whilst repairs and upgrades of ventilation and dewatering networks are on schedule according to management.

The commissioning of the flotation plant is also a crucial step in giving Wiluna the ability to process historical tailings inventories totalling some 579,000 ounces of gold for a potential 15-year production. Subject to obtaining environmental approvals, that project is anticipated for completion in the third quarter of the 2022 financial year.

The next tick on the checklist for Wiluna is to add an additional 500,000 ounces of high-grade, shallow reserves and to build a 2.5 million ounce indicated and measured resource to enhance mine planning. With the recent completion of a mammoth 175km reverse circulation and diamond resource drill program, the steady flow of announcements of thick, high-grade assay results is assisting the company to define new lodes and extensions to mineralisation in the relatively under-explored upper 600 metres.

The company said drilling was designed to increase the level of confidence in the mineral resource and in high priority mining areas in the one-to-five-year mining plan window.

Updated mineral resource and ore reserve estimates are anticipated for the final quarter this year.

Wiluna has recently grown its underground ore reserves by 142 per cent from 273,000 ounces of gold to 661,000 ounces as it aims for a minimum initial five-year mining operation at the Stage 1 processing rates.

In Stage 2 of the expansion plan, Wiluna is targeting 1.5 million tonnes-per-annum production for 250,000 ounces of annual gold output. The ongoing resource and development program is designed to convert the very large resource base to reserves through infill drilling and delineation of additional high-value resource areas.

The feasibility study for the Stage 2 development is gaining pace too with the company reporting strong progress being made on metallurgical test work that is in line with expectations.

The culmination of the completion of test work, optimisation studies, resource and reserve calculation upgrades, engineering studies, cost estimations and project implementation plans required for the Stage 2 feasibility study is due to be completed in the third quarter of 2022 and will guide the company on when the Stage 2 development should commence.

Wiluna also sees other opportunities for future improvements in terms of performance and cost. The current mine and processing plans along with ore reserve and production targets are a base case and have not yet been optimised to maximise cash flow according to management.

Wiluna is aiming to assess more optimal solutions in areas such as renewable power generation, long-term water supply, efficiency of ore treatment, along with mining of remnant mineralisation in stope pillars and footwall and hanging wall skins.

It is shaping up to be a monumental year for Wiluna and its staged expansion plans. With only a few boxes left to tick industry peers and punters alike will be keeping a close eye on developments at the Wiluna Mining Centre and the much-anticipated performance of its flotation plant.