Wiluna Mining has pumped out a solid 12 months of gold production at its Wiluna operation in WA’s north-eastern Goldfields with the performance complemented by a cracking average price on gold sales. The company reported June quarter production of 12,524oz from Wiluna at all-in sustaining costs averaging an impressive $1,371/oz, taking the full financial year production total to 51,552oz at average all-in sustaining costs of $1,794/oz. 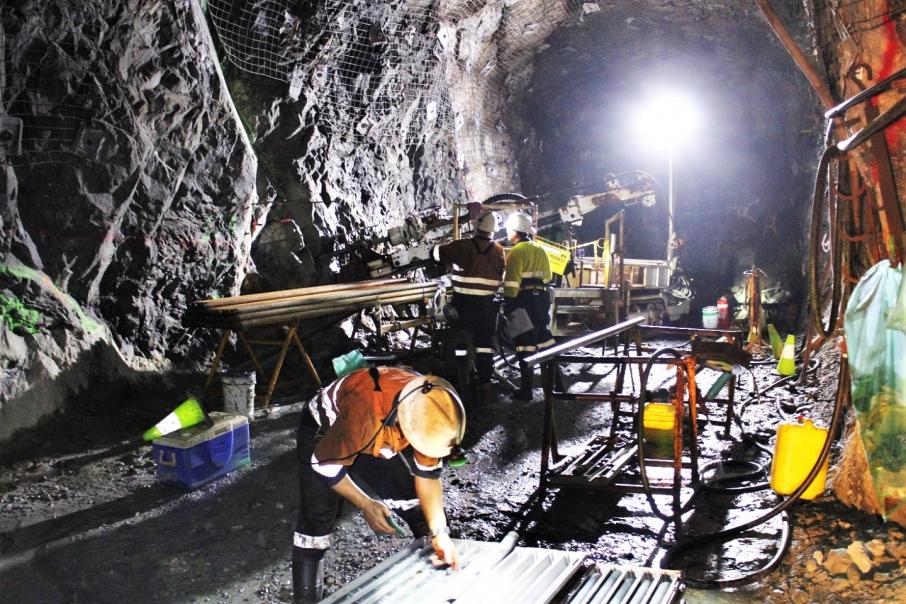 ASX-listed WA gold miner Wiluna Mining has pumped out a solid 12 months of gold production at its Wiluna operation about 530km north of Kalgoorlie in the state’s prolific north-eastern Goldfields with the performance bolstered by a cracking average price on gold sales. The Perth-based company reported June quarter production of 12,524 ounces from Wiluna at all-in sustaining costs averaging an impressive $1,371 an ounce, taking the full financial year production total to 51,552 ounces at average all-in sustaining costs of $1,794 an ounce.

Free cash flows from operations at Wiluna for the year ended June 30 received a 143 per cent boost, year on year, reaching $34 million courtesy of the improved operating costs and a gold price achieved on sales that averaged a handsome $2,629 an ounce, up from $2,131 an ounce in 2019-20.

Gross profit rose from $1 million in the preceding year to $21 million for the 2021 financial year and the company’s cash and bullion on hand swelled to $59 million beefed up by recent capital raises.

Buoyed by the robust operating and financial performance and backed by an in-the-money gold hedge book covering about 160,000 ounces of forward production, Wiluna is well placed to service its debt facility of US$42 million, for which loan repayments start at the end of this calendar year.

Wiluna Mining Executive Chairman Milan Jerkovic said: “We are pleased with these numbers, not only for the quarter but also for the full year, with the strong improvement in operating cash flows and underlying earnings, as well as the continued strengthening of the company’s balance sheet.”

Wiluna has its eyes firmly on a steadily progressing “stage one” expansion program at Wiluna.

It involves the mine transforming from the current processing of free milling ore via an existing 2.1 million-tonnes-per-annum conventional CIP plant to treating sulphide ore through a 750,000 tonnes per annum-capacity flotation concentrator that is under construction.

The company sees the fully developed stage one project more than doubling Wiluna’s gold production level to about 120,000 ounces per annum in concentrates from underground mining of about 750,000 tonnes of sulphide ore a year.

Management says construction of the concentrator that underpins stage one is about two-thirds complete and underground mine development is well advanced.

The company is looking at commissioning the concentrator in October this year, with a view to initial stage one production kicking off in the December 2021 quarter and ramping up to 120,000 ounces per annum by the end of the 2022 financial year.

Mr Jerkovic said: “The focus of the 2021 financial year as we transition through our stage one development program was always on maximising operating cash flow. All in all, it was a solid end to the financial year, and we remain on track to becoming a significant gold producer in a tier one jurisdiction over the next three years.”

Latest published underground ore reserves numbers for Wiluna stand at 4.33 million tonnes at an average grade of 4.74 grams per tonne for 660,700 ounces of contained gold.

A poultice of underground infill and extension drilling carried out across the past financial year totalling more than 100,000m is slated to lead to an updated resources and reserves statement by the end of the calendar year.

Wiluna hopes the drilling results will enable it to convert a pile of ounces – about half a million – from the mine’s large resource depository at the centrepiece Wiluna Mining Centre or “WMC” into additional reserves.

The company also aims to lift the higher-confidence indicated and measured component of the WMC resource base to 2.5 million ounces to help shore up mine planning.

Given its resource drilling is targeting high-grade mineralisation, one of Wiluna’s current indicated and measured resource estimates for WMC comes in at 2.14 million ounces from about 12.6 million tonnes grading an average 5.26 g/t when applying a cut-off grade of above 2.5 g/t.

The capital cost of the stage one expansion has been previously put at $70 million, consisting of about $25 million for the new concentrator – complementing Wiluna’s existing crushing and milling plant – and about $45 million for underground mine development, other capital works and reserves drilling.