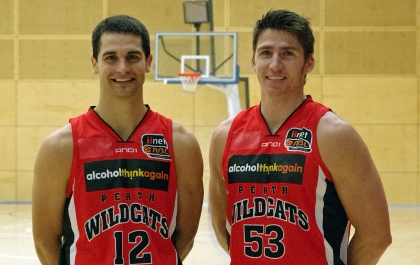 The Perth Wildcats have a new major sponsor, with state government agency Healthway signing a three-year partnership worth $1.5 million.

The agreement will see the Drug and Alcohol office’s Alcohol. Think Again logo displayed prominently on both the home and away Wildcats’ playing jerseys.

Healthway has been associated with the Wildcats for the past 20 years, promoting a variety of health messages.

Wildcats managing director Nick Marvin said the team had made a decision to not pursue partnerships promoting unhealthy products three years ago.

“We are now taking the message one step further by walking the talk,” he said. “It’s gone way beyond the decision to reject unhealthy promotions and promote a safe drinking message.

“Now we are talking the message to the streets with each team member taking responsibility for particular scenarios in our community where alcohol is a factor and people might be tempted to drink more than they should.

“We’ll be working on that strategy over the next three years and we hope that the high regard in which our team is held will be a factor in encouraging people in WA to think again about the amount of alcohol that they drink.”