Why study in Perth?

Business News spoke to three international students about why they decided to study in Perth and what they have enjoyed about living here. 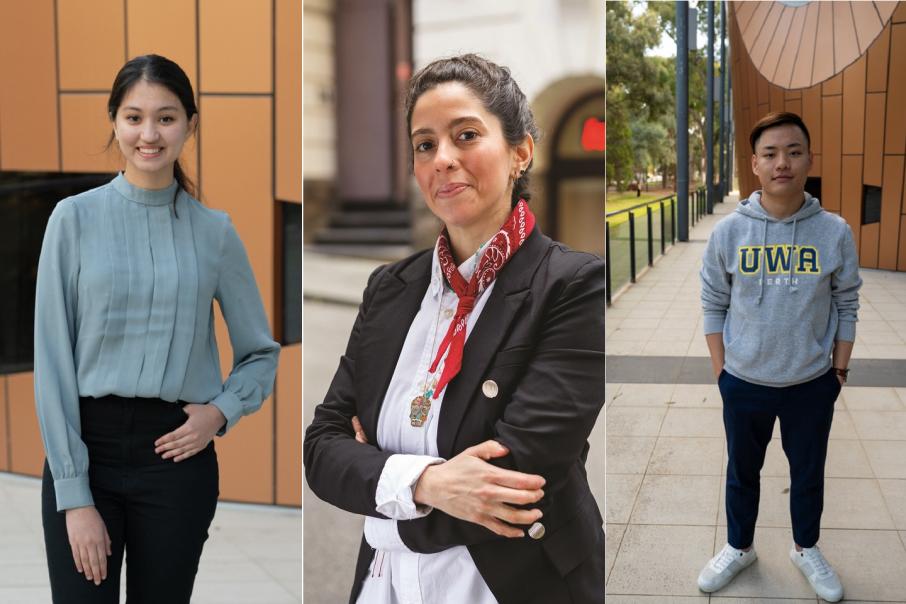 Business News spoke to three international students about why they decided to study in Perth and what they have enjoyed about living here.

The University of Western Australia was top of Tanachat Aphichoksathaphorn’s list when he came to Perth be­cause he wanted to study at a Group of Eight university.

Mr Aphichoksathaphorn, who is from Bangkok in Thai­land, studied his undergrad­uate degree in international business at the University of Arkansas before moving to Perth for his master’s.

He said he had been impressed with the practical experience he had received while studying at UWA.

“I’m not sure if it is different because of the degree, or the country itself. but I would say … a lot of the courses I take are more practical, more hands-on projects, which I think is fantastic, especially for my degree in business,” Mr Aphichoksathaphorn told Business News.

When deciding where he should pursue his postgrad­uate education, he explored other cities in Australia.

“Originally I first travelled to Sydney and Melbourne because I was offered to study there as well, so I went there for a bit to do sightsee­ing around the city and I felt compared to where I am from, which is Bangkok, Thailand, Sydney and Melbourne are already very similar to that,” Mr Aphichoksathaphorn said.

“It is very busy, fast paced, so for me, I wanted something more different.”

He said people in Perth seemed to enjoy a more relaxed lifestyle.

One advantage Perth had over other cities he had studied in was StudyPerth, a specialised body run by locals to help international students.

Mr Aphichoksathaphorn said his appreciation for the organisation is what triggered him to work for StudyPerth as a student hub assistant.

Mr Aphichoksathaphorn plans to stay in Perth once he finishes his degree at the end of the year to get work ex­perience and save money to eventually study for his PhD. 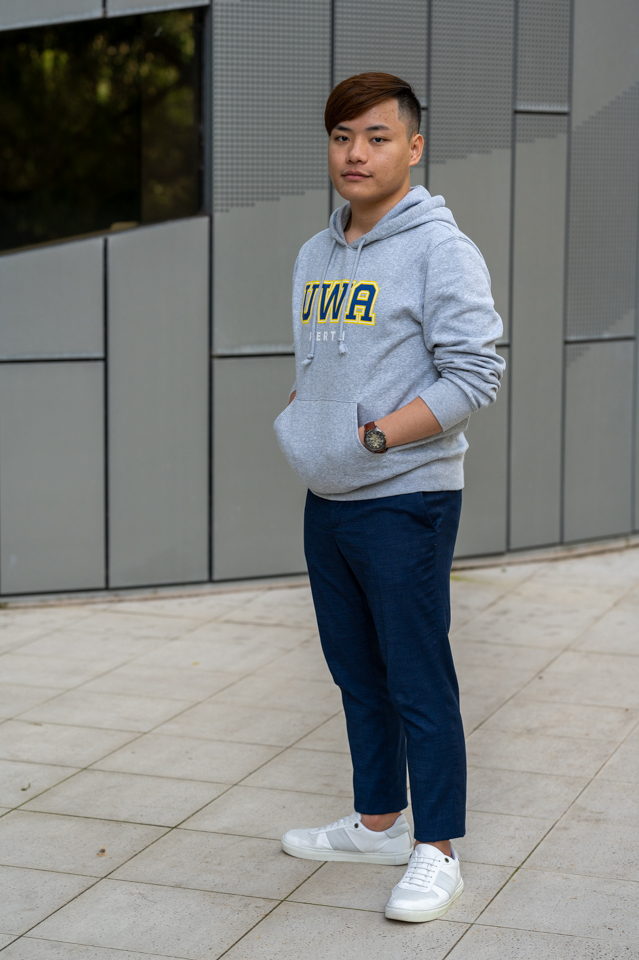 Chandini Thirumalai knew she wanted to leave her home in the south of India to study abroad but was torn between Ireland and Australia.

In the end, Australia’s temperate climate swayed her decision.

“The reason why I chose Australia was definitely because of the better con­ditions,” Ms Thirumalai told Business News.

“The part of India that I am from, we experience mostly only summers, so I wasn’t ready for harsh winters.”

After researching different universities around the world, Ms Thirumalai said she fell in love with the idea of studying at the University of Western Australia because you can study next to the river.

“During my breaks from uni­versity, I just go sit at Matilda Bay and watch the dolphins,” she said.

“Where else can you take a break and watch the dol­phins?”

Ms Thirumalai said she was also looking for an institution that prioritised interaction.

“When I was researching the universities that I wanted to study [at], something that was important for me was the col­laboration between the faculty and the students,” she said.

In the end, she enrolled in a bachelor of commerce degree in finance and accounting, and subsequently changed her second major to marketing, after being exposed to how social media could be used to have a positive impact.

While enjoying her studies, Ms Thirumalai said it could be difficult to balancing work experience and studying.

Overall, she said she had been made to feel very wel­come in Perth.

“From day one, I have never felt like I’m from another coun­try; I’ve always been made to feel very welcome,” she said.

“It’s just the diversity and the warmth here is like no other.” 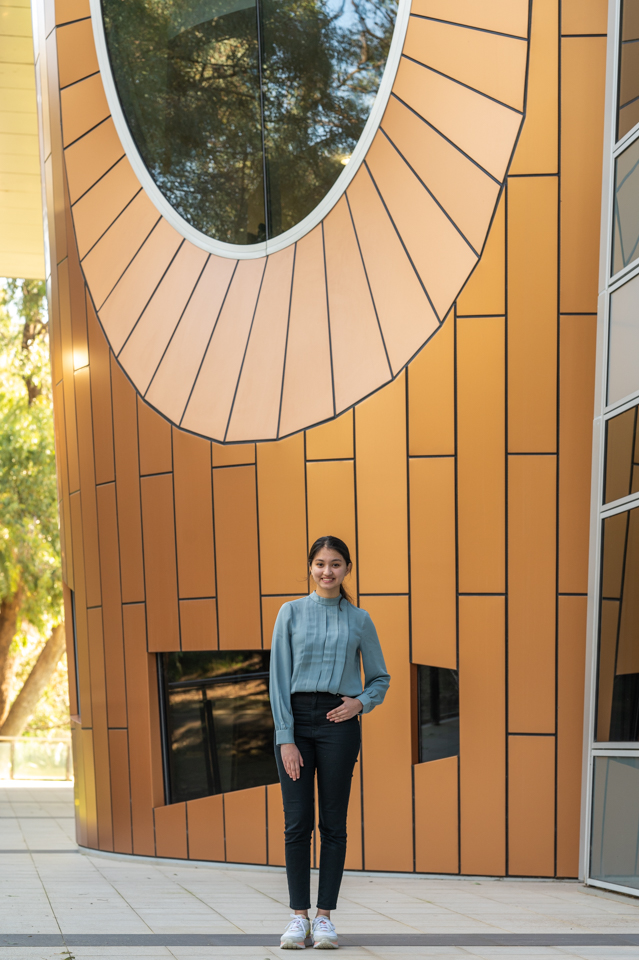 Natalia Murcia decided she wanted to move to Perth from Colombia when she was in grade eight.

Ms Murcia was drawn to Perth after her swim coach visited for the 1998 FINA World Championships and returned home with praise for the city.

He told the team that people in Perth enjoyed an outdoors lifestyle and abided by the rules, like crossing the road at the traffic lights.

When Ms Murcia had the opportunity to move to study later in her life, Perth was still on her mind.

“It was the perfect destina­tion,” Ms Murcia told Business News.

“Western Australia is kind of similar to California, which was my other destination; they have the ocean and the mountains kind of close.”

After graduationg with a bachelor’s degree in fashion design in her home nation, Ms Murcia did not want to commit to a three-year degree again and instead enrolled in an associate degree in fashion business at South Metropoli­tan TAFE in 2016.

“It was a good refresh or review of what I learned 10 years ago,” she said.

“It was a good mix of the fashion and the business side, and I learned finance and accounting and business.”

Ms Murcia completed her studies in 2018 and went on to work in several roles in retail, fashion, and events. She is now a philanthropy and events assistant at Perth Festival, and a salesperson at retail store Macpac.

Perth’s lifestyle has also lived up to her expectations.

Ms Murcia said people in Perth were welcoming and there were outdoor activities for all different ways of living.

“I think people here like to interact with international students,” she said.

“They notice your accent and say, ‘Where are you from?’ You can start a conver­sation with anyone, anywhere, and share your story.” 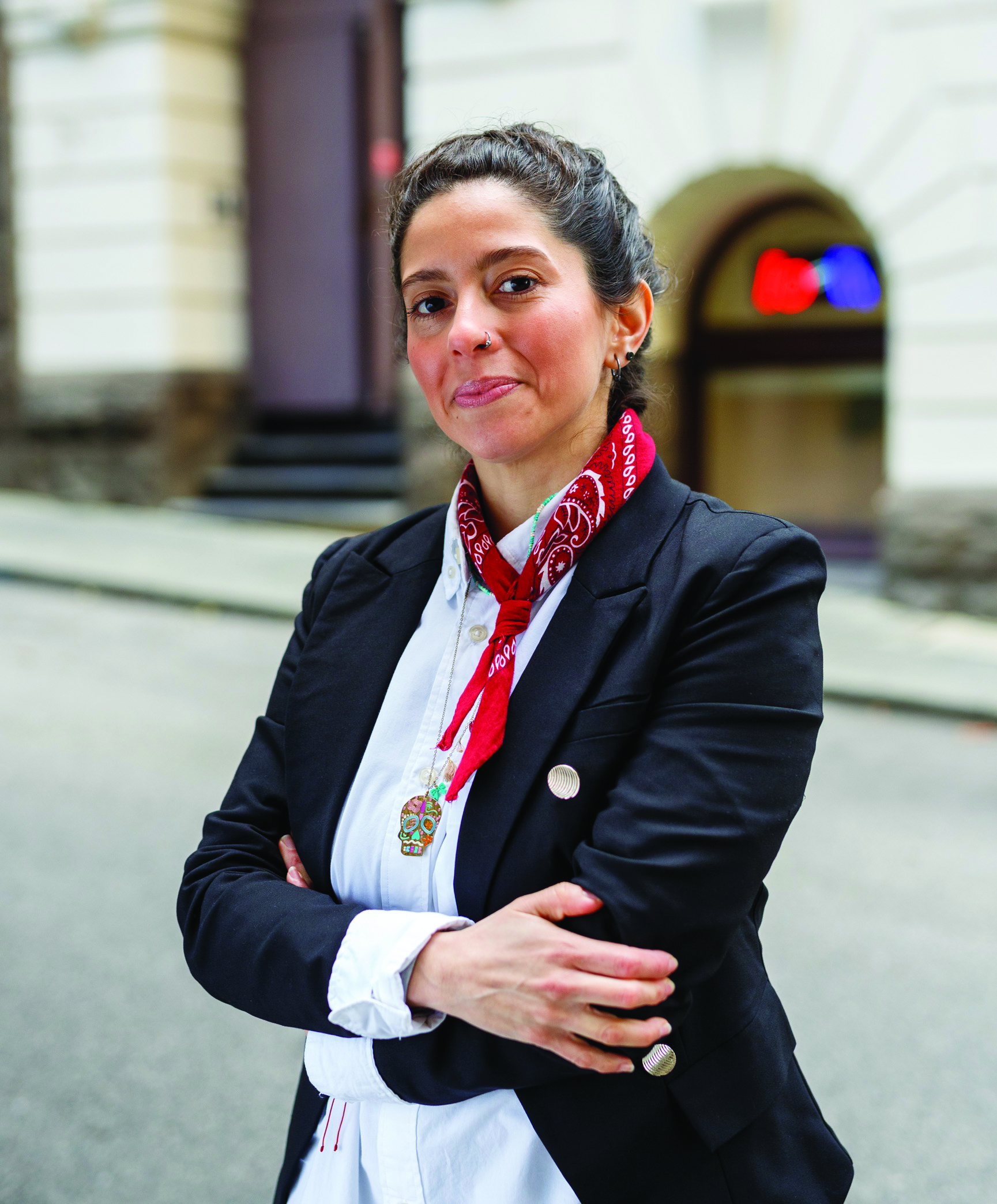